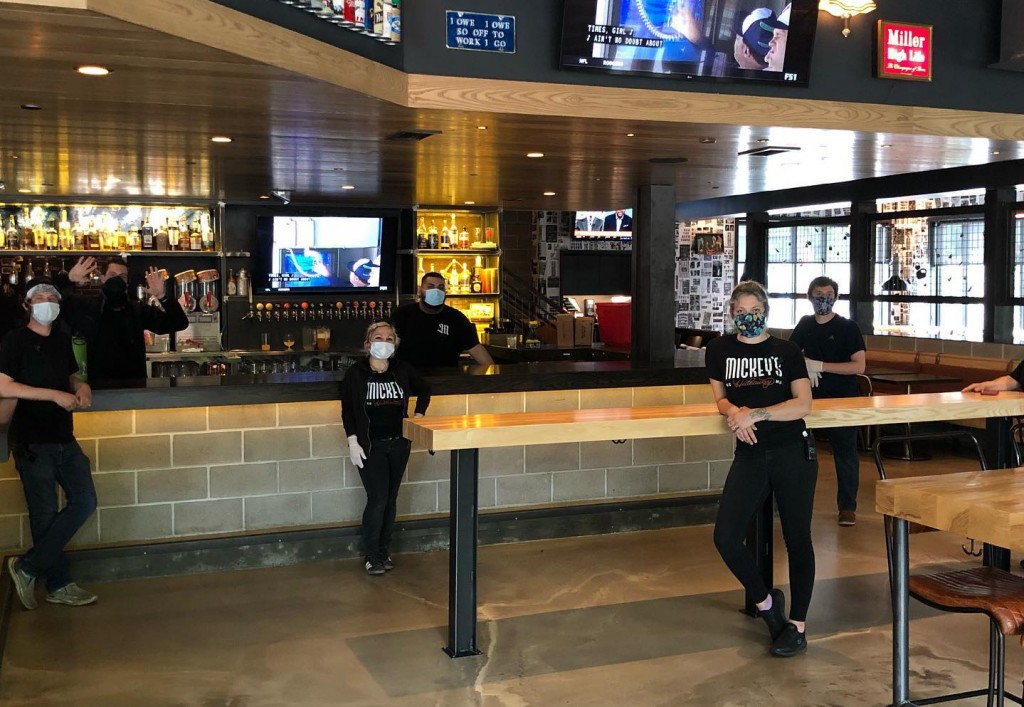 This Tuesday, December 1, from 3 to 6 p.m., Mickey’s Hideaway in Westport will be showing a double feature of “Elton John: Live in Hyde Park” and Queen’s “Live at Wembley” 1986 tour. This evening of concert films is an attempt to revive a notoriously dead time during the week for bars.

Each Tuesday, Mickey’s Hideaway will be showing two famous concert films back to back, serving drinks only, with masks required. If you bring your liquor card, you can get a 15% industry discount.

I’m hoping that people notice that we are trying to think outside the box and find appealing and safe ways they can enjoy some things we are all missing right now,” says manager Erin McZee. “We know that 3-6 p.m. is a strange time on a weekday, but we want to capture that audience that is maybe still working from home with flexible hours, or maybe are in the industry and the 10 p.m. curfew has taken away their ability to go do anything because they are working till then.”

Following this Tuesday’s Elton John and Queen double feature, the shows for December 8 will be Rage Against the Machine at Woodstock 1999, and Red Hot Chili Peppers Live at Slane Castle 2003. December 15 will be a screening of Fall Out Boy’s 2016 Reading and Leeds performance, and My Chemical Romance’s 2007 The Black Parade is Dead! Live in Mexico City.

“The goal is to replace the late-night revenue we can’t access right now,” explains McZee. “If we fill even half the safely available seats, and everyone buys two drinks, it goes a long way toward that goal. The difference between life and death for a lot of places right now is just a few thousand a week. If everyone has as much fun going to these as we have had during dry runs, we might add a 7-10 showing too.”