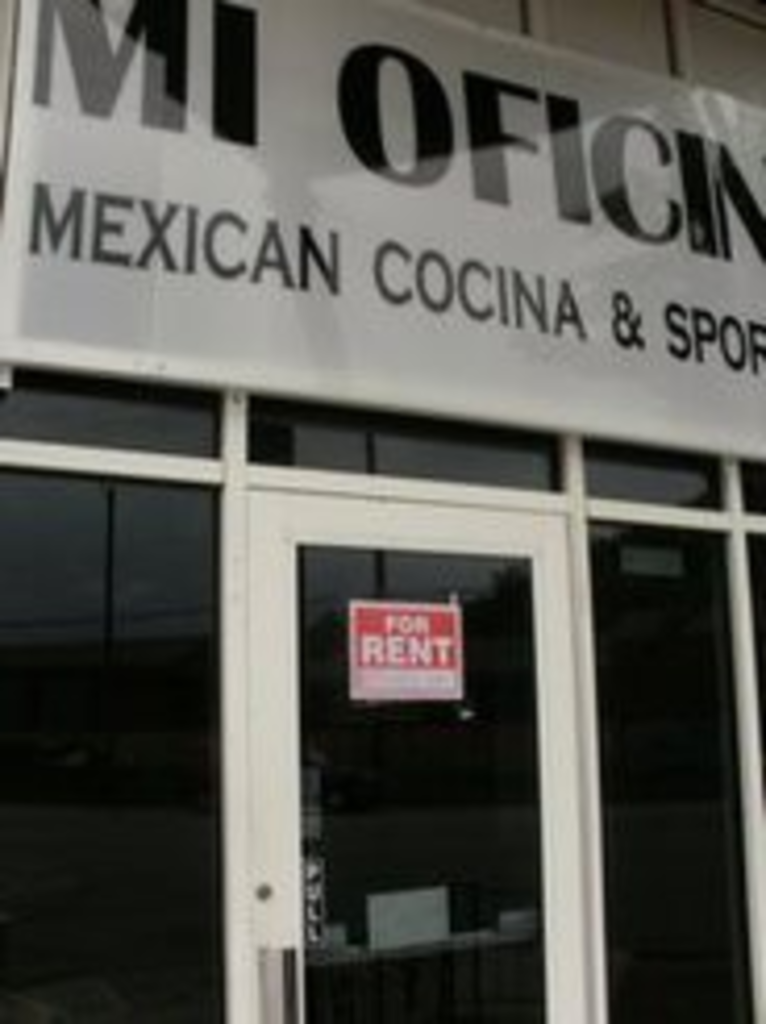 There were two old Wallace Beery movies playing this morning on Turner Classic Movies, but a more local connection to the long-deceased MGM star (1885-1949) has gone off the air.

Mi Oficina, the most recent tenant at 2801 Southwest Boulevard — a saloon owned in the 1900s by Beery’s father — has vacated the premises. Once again, there’s a “For Rent” sign on the building.

We loved the made-to-order guacamole at Victor Martinez’s Mexican restaurant and bar, which lasted just seven months. But apparently not enough patrons were willing to stay in the, uh, office after work long enough to keep this cantina and watering hole in the chips.