Metropolitan Ensemble Theatre tries too hard, and people get hurt 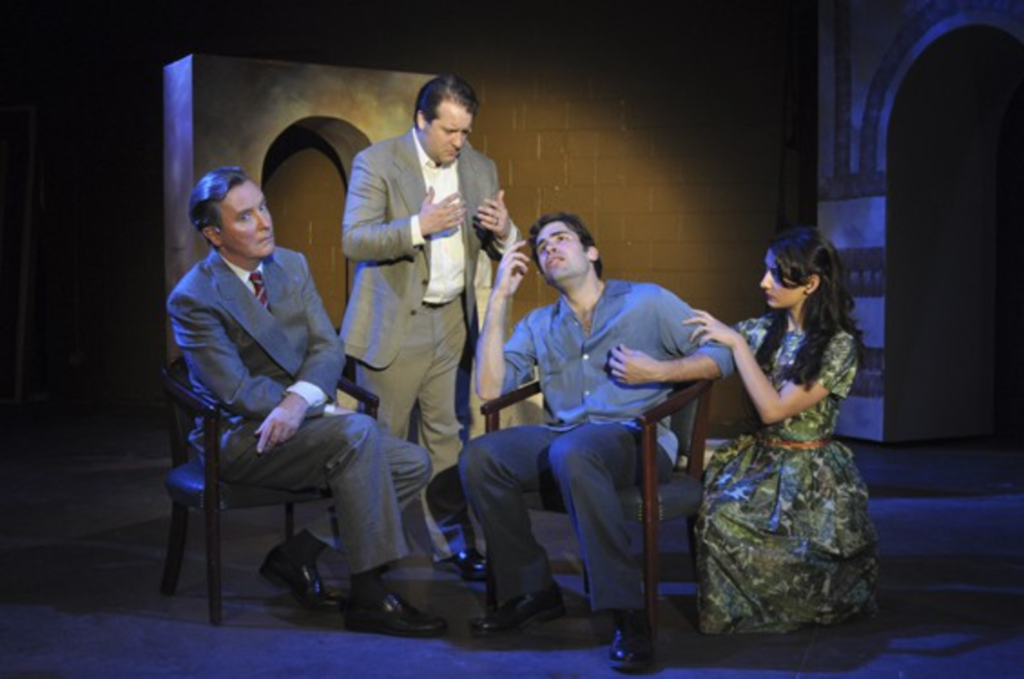 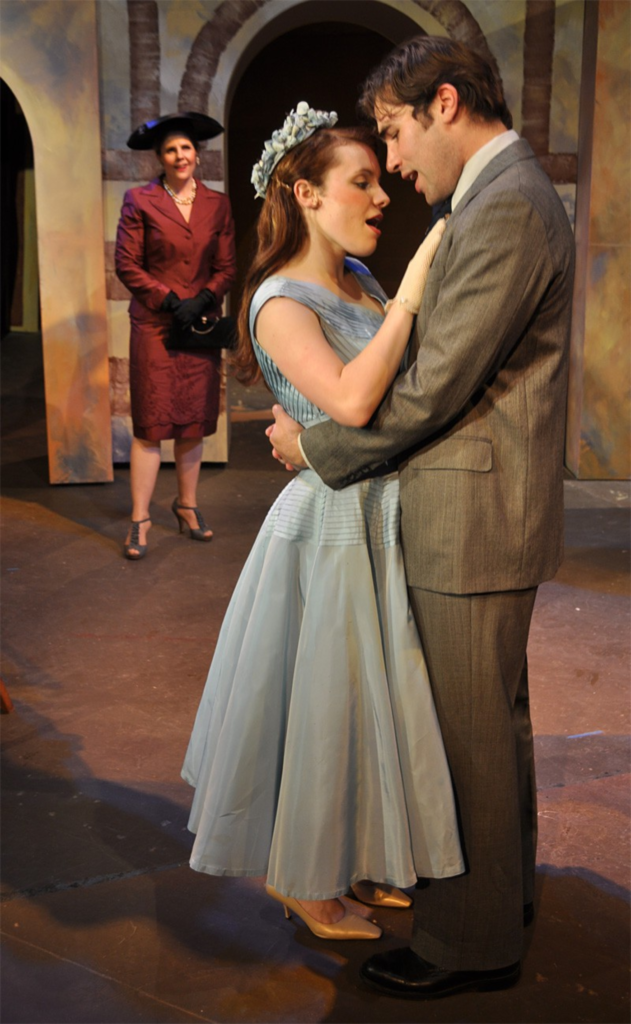 Metropolitan Ensemble Theatre’s bare-bones production of the intelligent but swoony musical drama The Light in the Piazza moved me on its own terms the second time I saw it. The first time I saw it, everyone in the show pretended that the leading man wasn’t bleeding from an open wound on his face.

That first night, something felt wrong even before the dashing Sam Wright smacked his mug into a piece of scenery, ripping open a gusher on his eyebrow the size of a Beanie Weenie. (Mending it would ultimately take seven stitches.) Already, timing had been off, and the crowd had been uncertain. After an Italian bicyclist and beauty paraded past, the opening pageant of scene-setting local color had come to a curious halt, and the audience spent 30 seconds or so regarding an empty stage. Soon after that came shaky accents, an actress gaping offstage for the cue to start her number, and a sound mix that sharpened and heated the radiant warmth of Izzie Baldwin’s voice in just the way a magnifying glass does the beams of the sun. By the time her lovely singing had coursed through the microphone to the mixing board to our unprotected ears, it had become a piercing laser.

Then came the unfortunate moment when the heroine’s hat — a straw number freighted, for some reason, with tufts of potpourri — failed to gust off the heroine’s head for the hero to collect. Instead, the hat frog-jumped on its fishing wire. Then, before crashing to the ground, it hovered there a curious moment like an Ed Wood flying saucer.

Not long afterward, Baldwin, the heroine, piped, “I’ve never seen a hat do that before!” Raucous laughter came from the production booth.

The show was verging on fiasco well before poor Wright cold-cocked himself.

Several previous MET shows also have felt overambitious and under-rehearsed, but the performers’ skill and some good luck have always staved off such troubles.

Wright plays Fabrizio Naccarelli, a passionate Italian fellow besotted by Clara, an American gal on a lark through Florence with her mother. Wright’s role is a strong match for an actor distinguished by brawling enthusiasm. He woos persuasively and sings with vigor, and he has perfected a darling Italian jabber. As Clara, Baldwin fulfills the promise that she has displayed in recent productions; she’s a funny girl now layering on complexities. At first, Clara seems just a North Carolina princess in smashing fluffed-up gowns, posing like a music-box ballerina. But a desperation tinges her excitement, and Baldwin slowly reveals adult yearning and uncertainty along with the character’s troubling childishness.

None of this matters, though, when blood is pooling in her lover’s eye.

Instead of stopping the show and staunching the wound, everyone let it drip, scene after scene. It stained Wright’s chin, his shirt and, ultimately, the show itself. Assignations and romantic developments passed hazily. Adam Guettel’s music, all of uncommon maturity and richness, became background. Natalie Liccardello, playing Fabrizio’s sister-in-law, performed a powerhouse number on the subject of infidelity, but I caught only the gist of it. Also overshadowed were some choice clowning from Michael Dragen as Fabrizio’s brother and a tender turn from Robert Gibby Brand as Fabrizio’s smoothie of a father.

Two moments of true emotion broke through this madness: Baldwin handing Wright a hanky to sop his wound, which he did, and the gentle way that Karen Paisley’s eyes moistened with concern when she regarded him. Because Paisley plays Clara’s mother, who at this point in the show is suspicious of Fabrizio, the moment’s sweetness ran contrary to the story. The writers, performers and audience all deserved better.

Finally, four full scenes after his accident, Wright exited long enough for clotting. Paisley promptly righted things with a painful — in a good way — scene in her hotel room and a gutsy treatment of the end-of-a-family weeper “Dividing Day.”

From then on, MET’s luck turned, and the performers hauled the show to its end, singing with spirit and illuminating dark truths. Sarah Kleeman’s comic asides and vocal fireworks warranted their applause.

Still, much of the show’s considerable power had been lost, which is why I went back the next night to watch the first act again. The next day, with Wright sewn up and the sound mix adjusted, the opening scenes stirred the feelings they were meant to stir. Actors’ accents had improved, and the audience knew when to clap. A minute into that opening number, a good 15 seconds still passed with nobody onstage, but I guess that’s just how director John Staniunas wanted it.

But when it came time for the Italian breeze to bring our lovers together, this time Baldwin’s hat failed to leave her head at all. The fishing line jerked at it, but no luck. She and Wright plunged ahead, flirting their hearts out. A few minutes later, when she was supposed to marvel to the mother about having seen a hat do that, Baldwin gushed instead, “Have you ever seen a boy like that?”

It fit. The audience laughed because it came across as sweet and funny, not because it seemed like something had gone wrong.