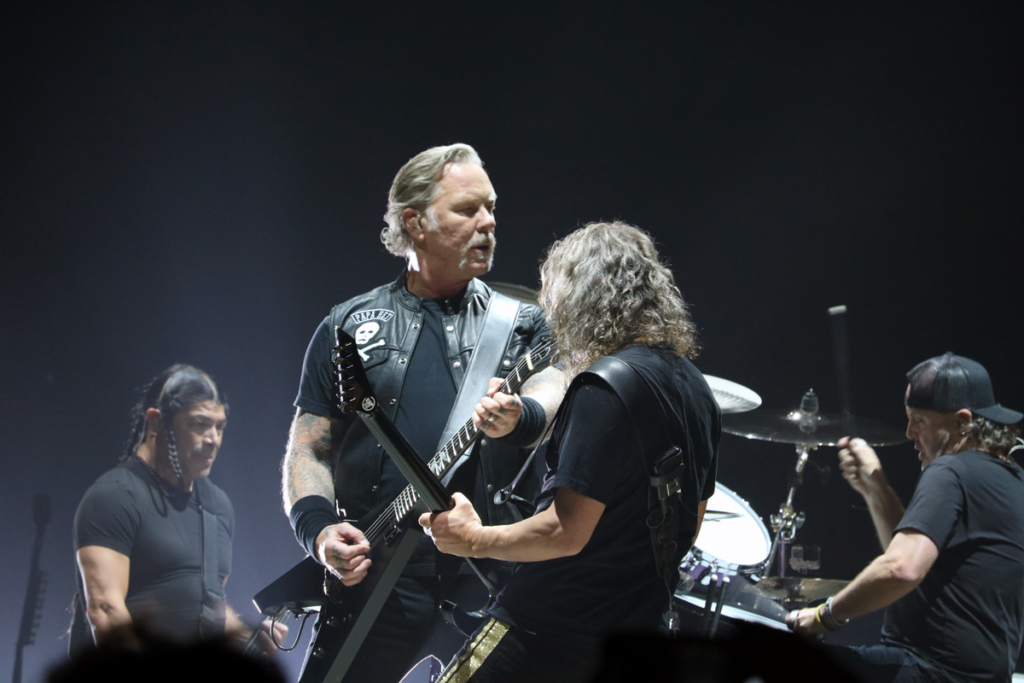 With the exception of the title track, the songs from Metallica’s 2016 album, Hardwired… to Self-Destruct, are mostly workmanlike rockers. But probably you’re seeing Metallica to hear the hits, and judging from last night’s Sprint Center show, the band’s live chops are still rock-solid after 38 years together — at least once everything got going. 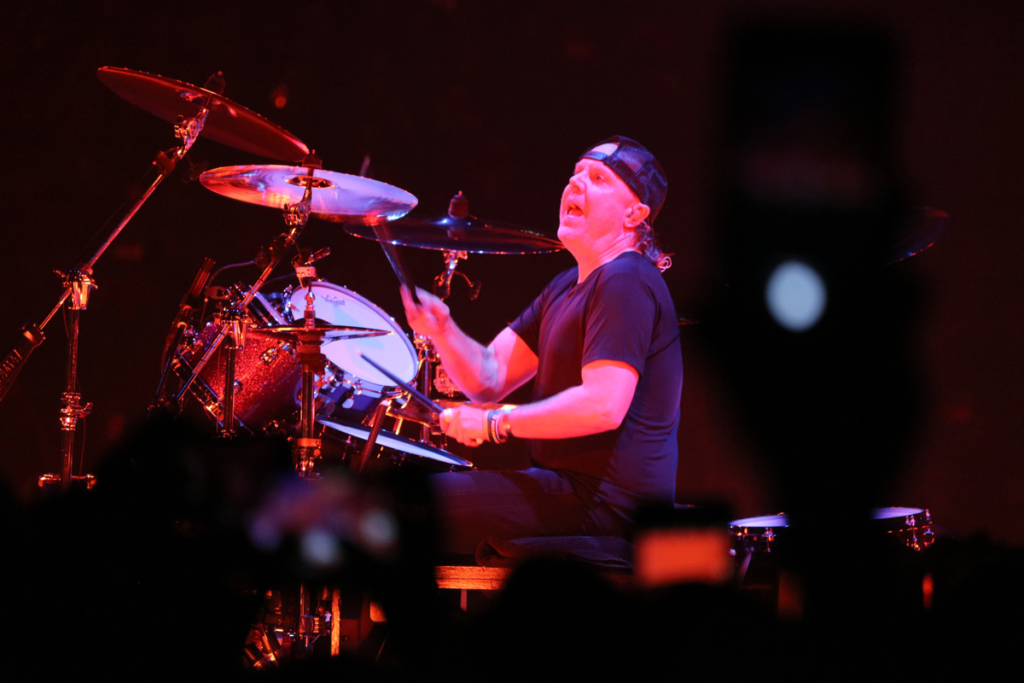 Early on, it seemed like drummer Lars Ulrich was either racing ahead of the rest of the band, or falling behind guitarist Kirk Hammett’s leads. And James Hetfield’s vocal levels went up and down as he switched between the four microphones set up onstage. (Bassist Robert Trujillo seemed to be doing just fine, however.) 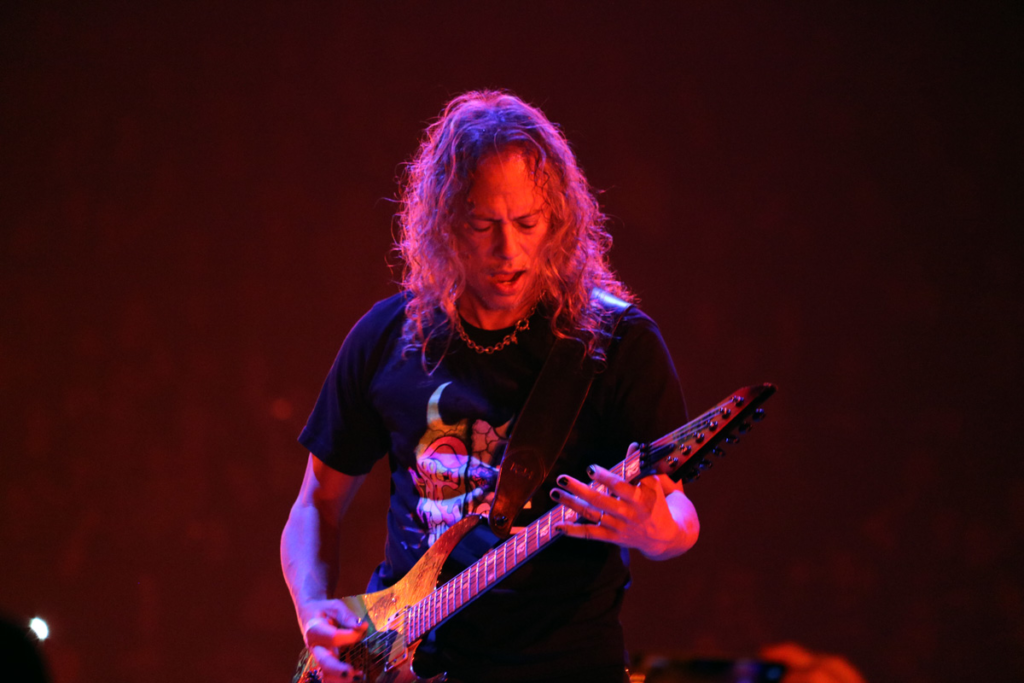 Everything but the vocal issues worked themselves out after a few cuts, and by the time the galloping intro to “Creeping Death” rang out through the arena, Metallica was off to the races. The band proceeded to knock out hit after hit, only faltering when, after “Sanitarium,” Hammett and Trujillo did a very ill-advised cover of Pink Floyd’s “Run Like Hell” to celebrate the birthday of David Gilmour. It was not great. 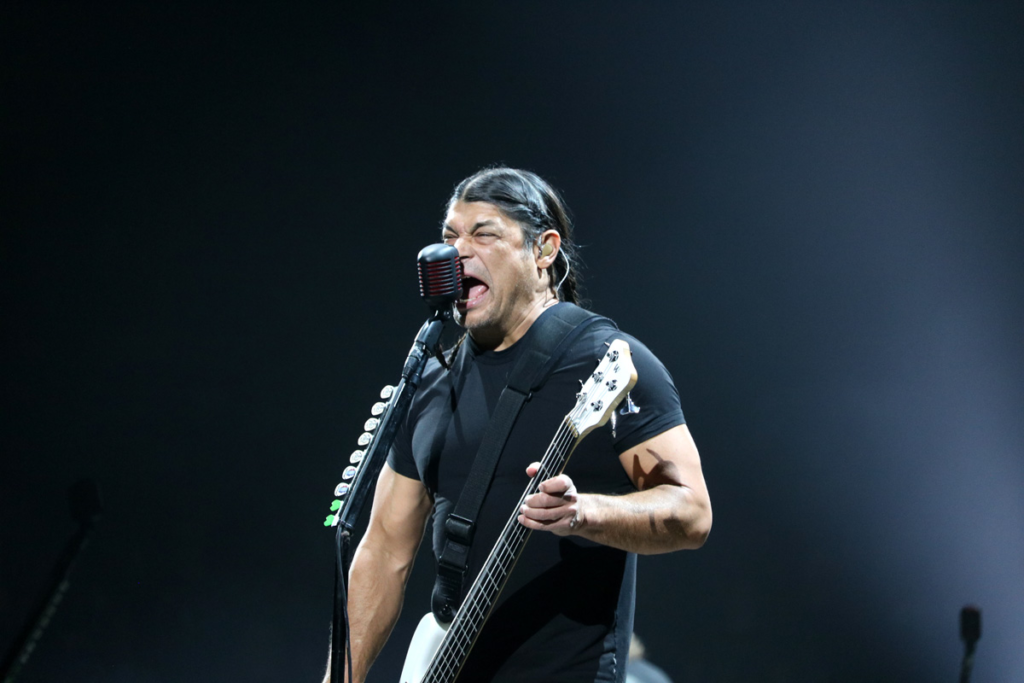 The show was saved by the band pulling out a few tricks: huge plumes of flame coming up from the stage during “Fuel,” and a dazzling array of lighted drones performing a choreographed dance during “Moth Into Flame.” After that, it was simply a matter of the band launching into the chugging “Sad But True,” followed by the one-two knock-out punch of “One” and “Master of Puppets” to close out the set. 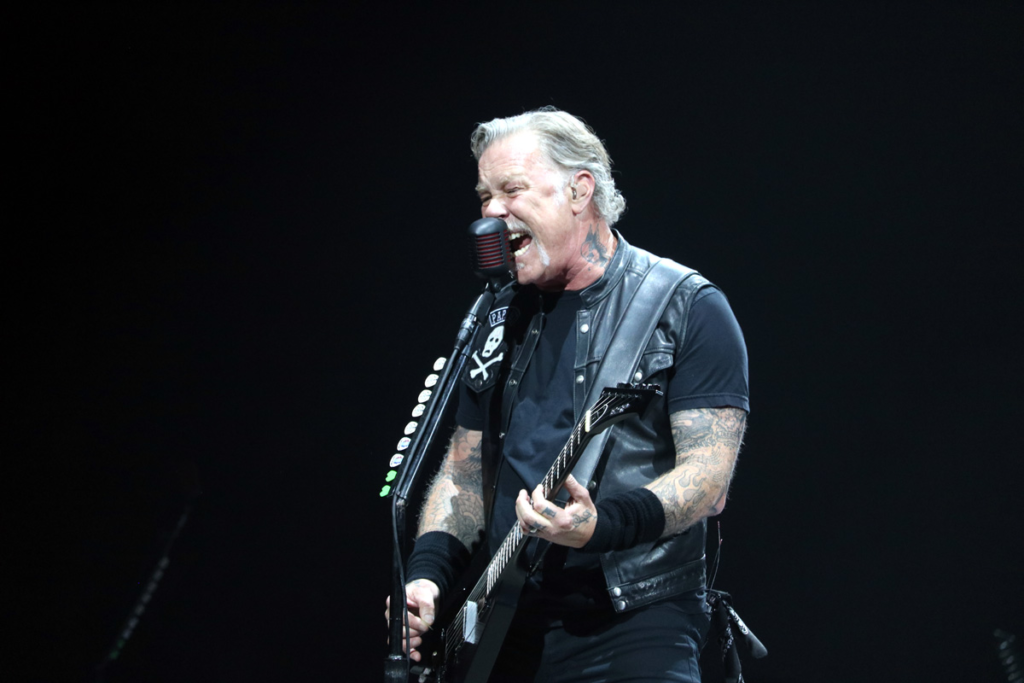 Now, listen: Master of Puppets (the album) was added to the Library of Congress’ National Recording Registry in 2016, and the title track is perhaps one of the finest songs in Metallica’s canon. It’s a ripper, in the purist sense of the word. But! Is “One” better? After hearing Hammett and Hetfield trade the opening guitar licks to “One” back and forth, while building to the song’s massive climax that sees Trujillo and Ulrich laying down a thunderous, frighteningly tight rhythm — well, all I can say is that was goddamn transcendent. If nothing else, those last two songs, back-to-back: that’s worth your price of admission right there. 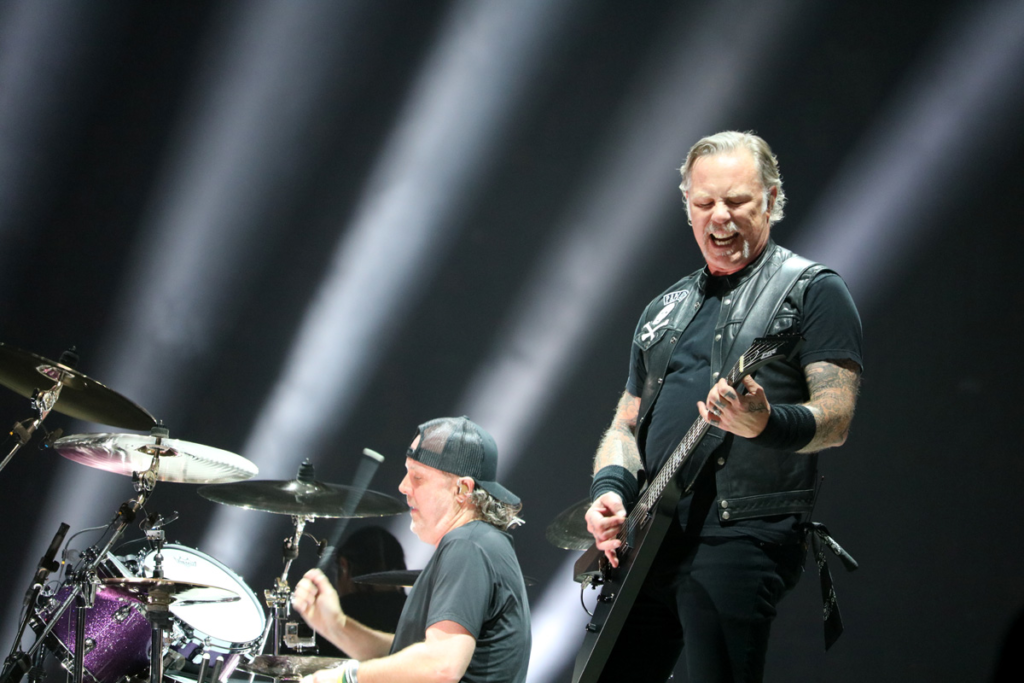 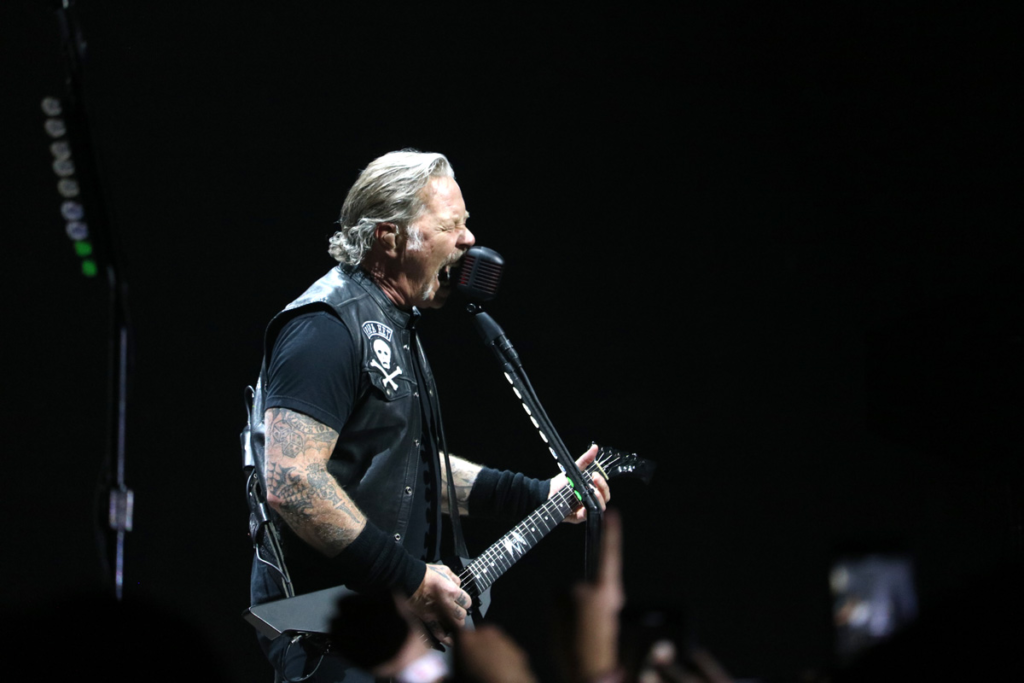 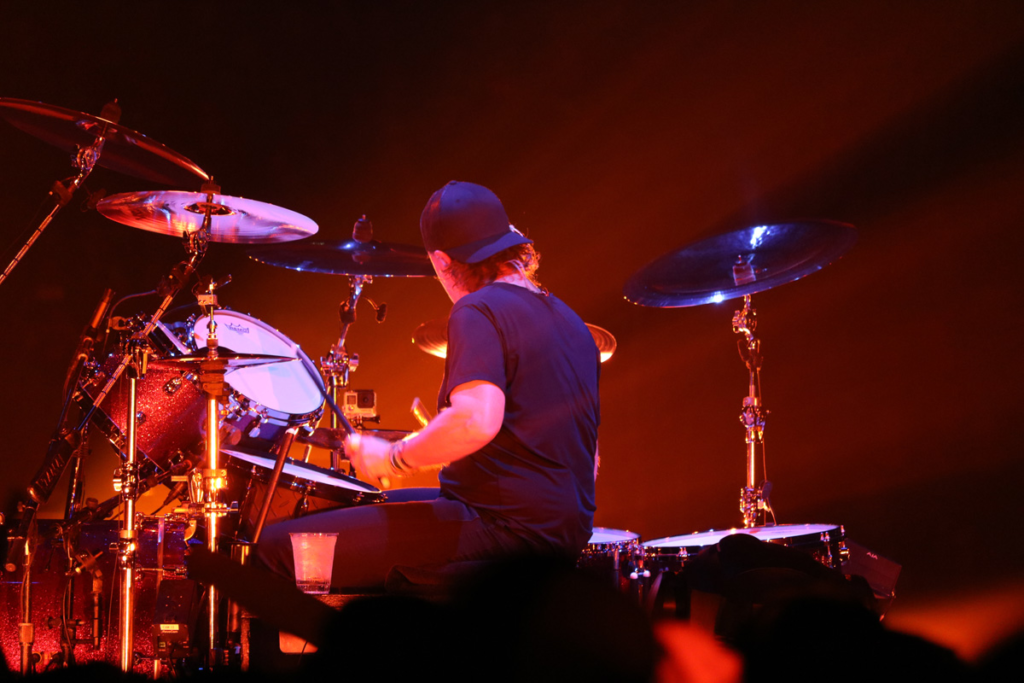 For Whom the Bell Tolls

Spit Out the Bone