Theater review: Messy politics and infectious charm in the Spinning Tree Theatre’s Once on This Island 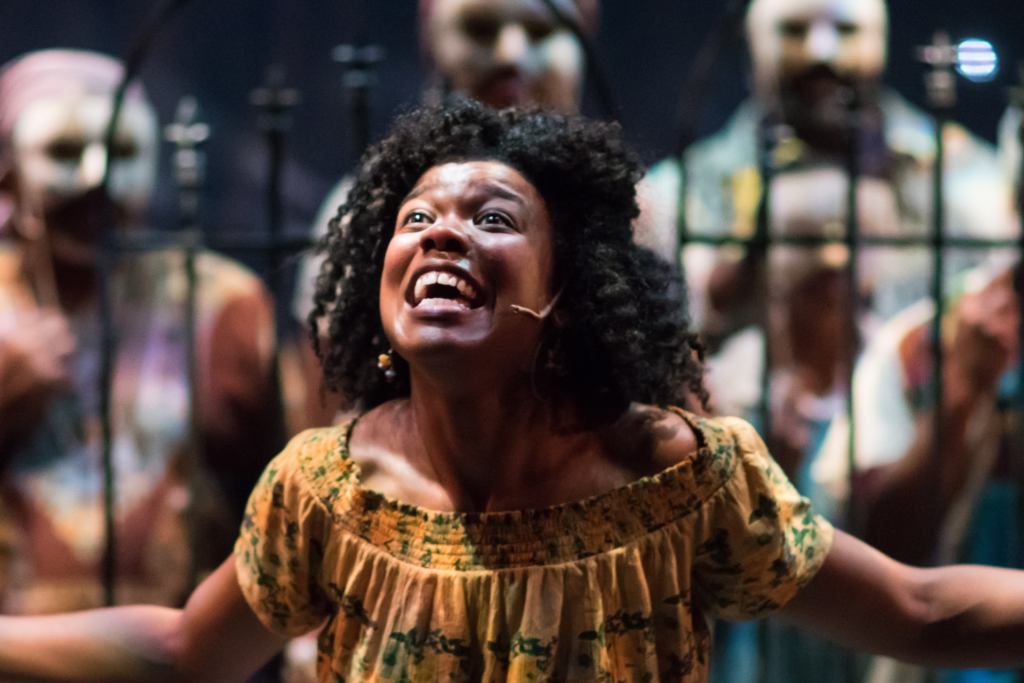 You’d be hard pressed to find a more efficient display of local musical theater talent than Spinning Tree Theatre’s revival of Once on This Island. The theater has staffed the 90-minute musical with an all-star team of vocalists — Angela Hagenbach, Linnaia McKenzie, Matthew A. King. And the production brims with candied melodies, head-nodding Caribbean rhythms (courtesy of percussionists John Gilmore and Julian Goff) and an almost ruthless sense of joy.

Lynn Ahrens and Stephen Flaherty’s 1990s musical fable — directed here by Nedra Dixon with music direction from Pamela Baskin-Watson — has a buoyancy that belies its sobering plot. The book centers around Ti Moune (Allison Jones), a peasant girl from an Antilles island who falls in love with Daniel Beauxhomme (Matthew A. King), the wealthy descendant of the island’s French colonizers.

When Daniel’s car wrecks on the “wrong” side of the beach, Ti Moune attempts to nurse him back to health. But Papa Ge, the demon of death, is circling. So the lovestruck Ti Moune makes a terrible bargain.

This is where the star-crossed romance starts to break down. Daniel’s hardly a catch. He’s selfish, he’s patronizing, and he maps his oversized Madonna-whore complex onto light- and dark-skinned girls, respectively. “Some girls you marry,” he sings to Ti Moune, “and some you love.” King plays it straight, adding to our discomfort. That’s not such a bad thing.

Allison Jones makes a formidable debut as Ti Moune, with the pipes and dance moves to sell the role. And her younger counterpart, Little Ti Moune (Jahnaya Thomas) is no less engaging, lifting her scenes with an innocent, wistful energy. But the standout among standouts is Darrington Clark, who plays Papa Ge less as a villain and more as a roguish inevitability. Clark’s command of his body and voice is uncanny; I hope to see much more of him. 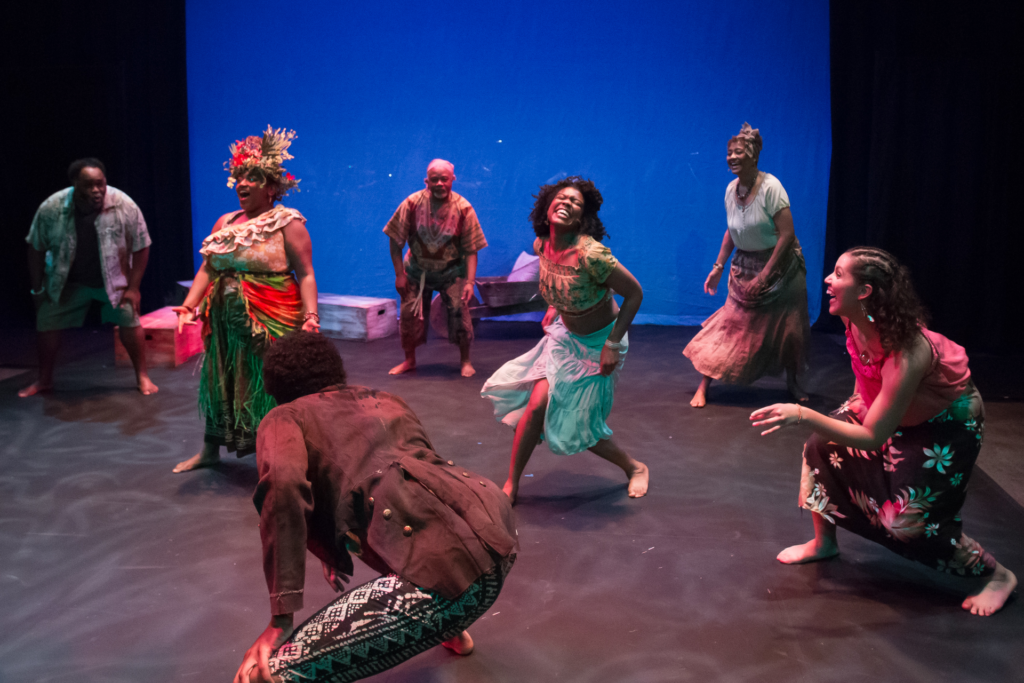 Once on This Island seems designed to lift spirits, with all the infectious charm (and paint-by-numbers plotting) of a Disney movie. But it also illustrates the healing power of love with a grim, thankless act memorialized in a major key. To the performers’ credit, the message never seems ironic or insincere. It’s on us to grapple with the messy politics while we dance our way to the car.

Once on This Island