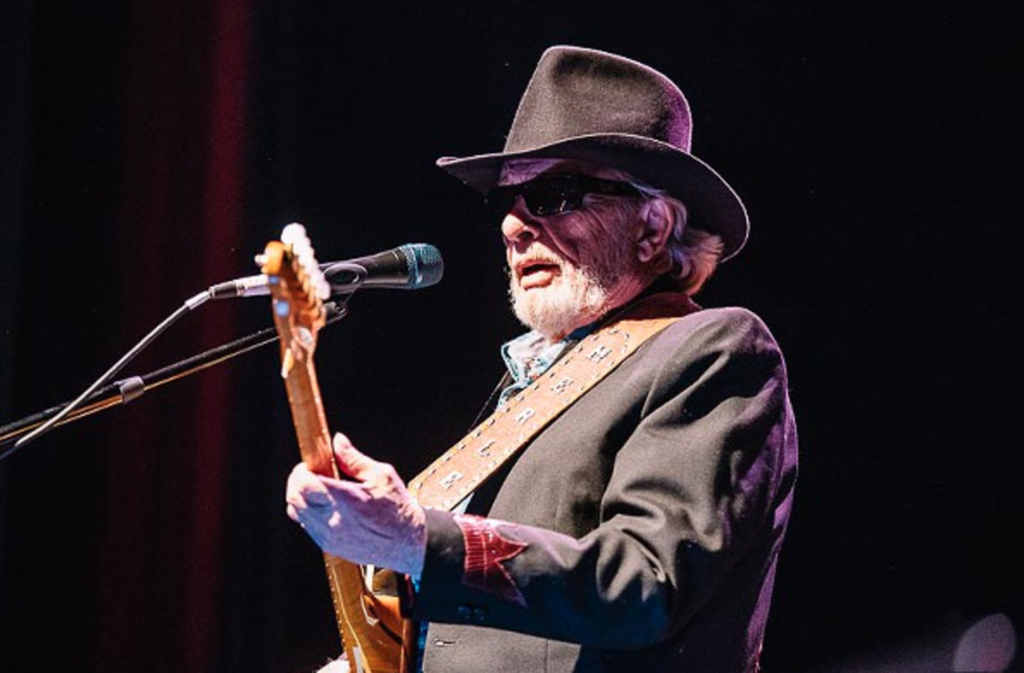 It was seven songs into Merle Haggard’s set last night at the Uptown before the country legend addressed his audience. He took off his black cowboy hat, his dark sunglasses, and smiled at the crowd.

“I’m a California boy,” he said, “And Kansas City was the first place I played outside of California, back in the year 1964.” After the cheers subsided, he went on: “This band has been with me since 1965. In fact, it was after that trip to Kansas City that I went back and formed this band. I molded these guys into what they are.”

Haggard delivered that last bit with a chuckle. He didn’t spend much time chatting up the audience last night, but when he did, he was funny. The 77-year-old made fun of his age: “We’re probably one of the only bands in the world that carries nurses instead of roadies,” he said cheerfully. “Most of the band should be under special care.” 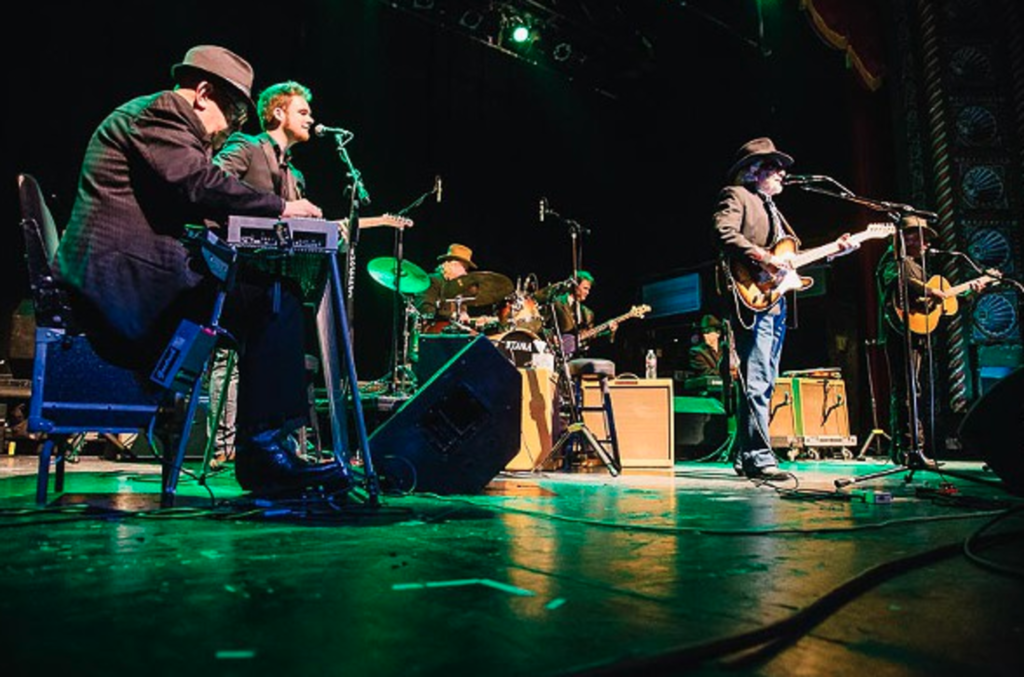 That statement was far from the truth, but there were a few faces in Haggard’s seven-piece band, the Strangers, that had been with him since the beginning, or very nearly. Steel guitarist Norman Hamlet first joined the band 50 years ago; drummer Jim Christie, fiddle player extraordinaire Scott Joss and saxophonist Renato Caranto may not have that kind of tenure, but they played as though they had Haggard’s tunes coursing through their veins. In fact, the Strangers’ lead guitarist did: He was Ben Haggard, Merle’s 22-year-old son.

But aside from the few blithe barbs Haggard had and the moments he spent introducing his band, there was little time spent on anything besides the music. Haggard’s voice has aged splendidly: Even where it is worn thin, the rough twang of his scratchy tenor is not without its honey and its soul. Caranto’s saxophone solos added aching twists to “Twinkle Twinkle Lucky Star” and “Milk Cow Blues,” while the squeal of Joss’ fiddle on “Folsom Prison Blues” raised the hair on your arms.

Haggard, who has not written an official setlist in decades, coursed through his 20-song setlist at a breakneck pace, barely a breath in between hits. And in the show’s 80 minutes, there were plenty of those. 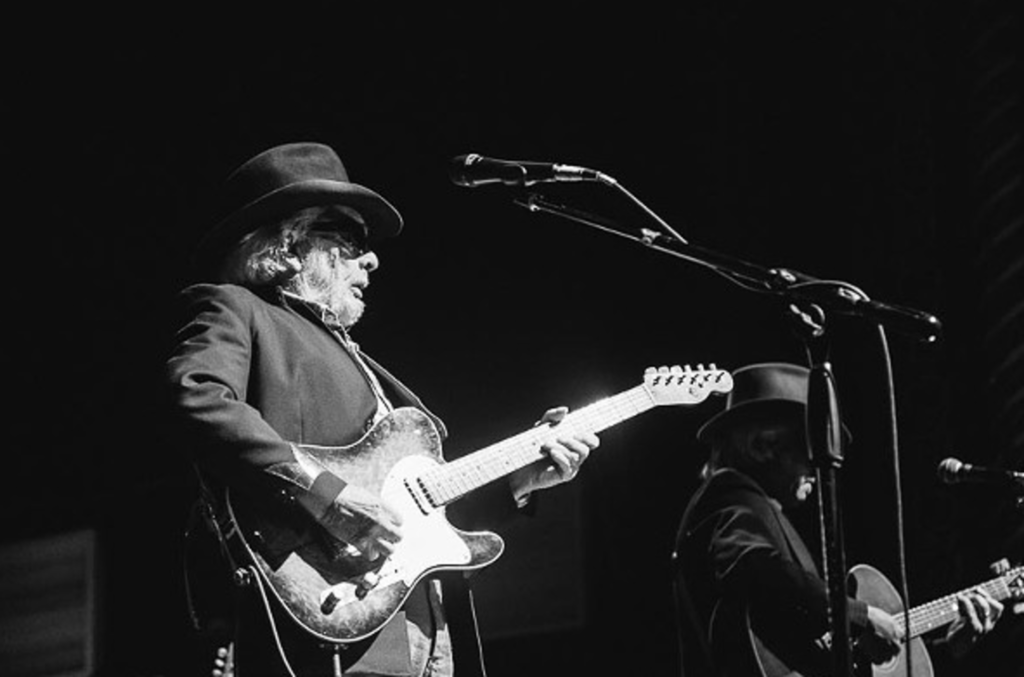 Haggard opened with “Big City,” the title track from his 1981 album, and that forlorn vagabond tune – a commentary on the plight of the common man and the desire to escape it all – set the tone for the evening. From there, Haggard took us on a winding – and at times deeply cynical – path, featuring abandonment (“Silver Wings”), the lonesome bar life (“Swinging Doors”), and a wry, mirthless take on the impossibility of happy endings (“Rainbow Stew”).

By his song choice, you’d think Haggard was hell-bent on sucking the happy right out of his audience. In that respect, he failed utterly: The crowd – with attendees skewed mostly in the 40-and-over age bracket – was merry from the start, and with each song and next round of beers, audience members got progressively more so. By the time Haggard arrived at his 1980 hit, “I Think I’ll Just Stay Here and Drink,” the Uptown crowd was aggressively enthusiastic. Members were loudly singing along with the songs and a few were standing up at the end of every one, gesturing wildly for those seated around them to pay Haggard the same ovation.

It was this crowd that responded mightily at Haggard’s dedication of “The Fightin’ Side of Me” to the armed forces: “Here’s one for all the soldiers fighting for us all over the world,” Haggard said, and there seemed to be a wave of patriotism ripple through the audience as members stood up for the entirety of the song. But it was “Sing Me Back Home” that got the biggest whoops of the night. 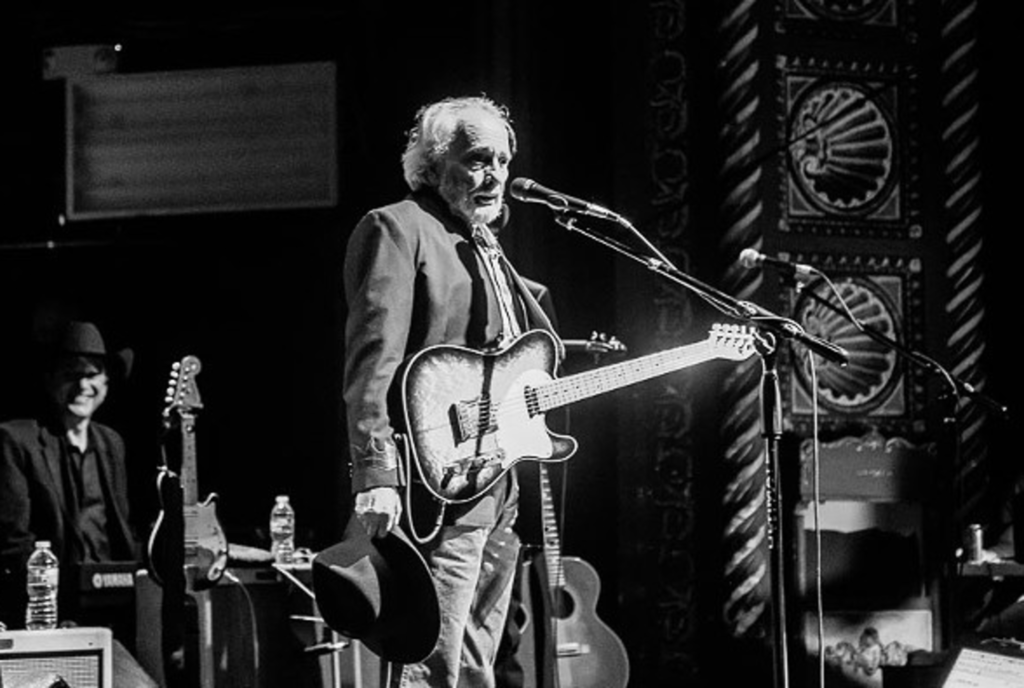 “Here’s one for all the ex-convicts,” Haggard said by way of introduction. “You’ve either been to jail, or you’re going to jail.” Famously an ex-con himself, Haggard’s metaphor might have been lost on most of the crowd at that point in the night, but he didn’t waste any time clarifying. As he introduced his final song of the evening, Haggard’s winsome humor came back.

“This next song is about marijuana,” he said. When the crowd roared with approval, he grinned and told it: “I didn’t say I was gonna give you some.” With that, he ripped into his standard, “Okie from Muskogee.” As the song ended, Haggard hoisted his guitar into the air and took a bow. He exited the stage as the band played on and the lights came up, ushering the deeply satisfied – and mostly inebriated and lit – crowd back into the cold night.

Editor’s note: A previous version of this story stated that Marty Stuart was the opener for Merle Haggard. That is incorrect. Noel Haggard, Merle’s son, was the opener. This inaccuracy has been fixed, thanks to our lovely readers, who keep us honest.