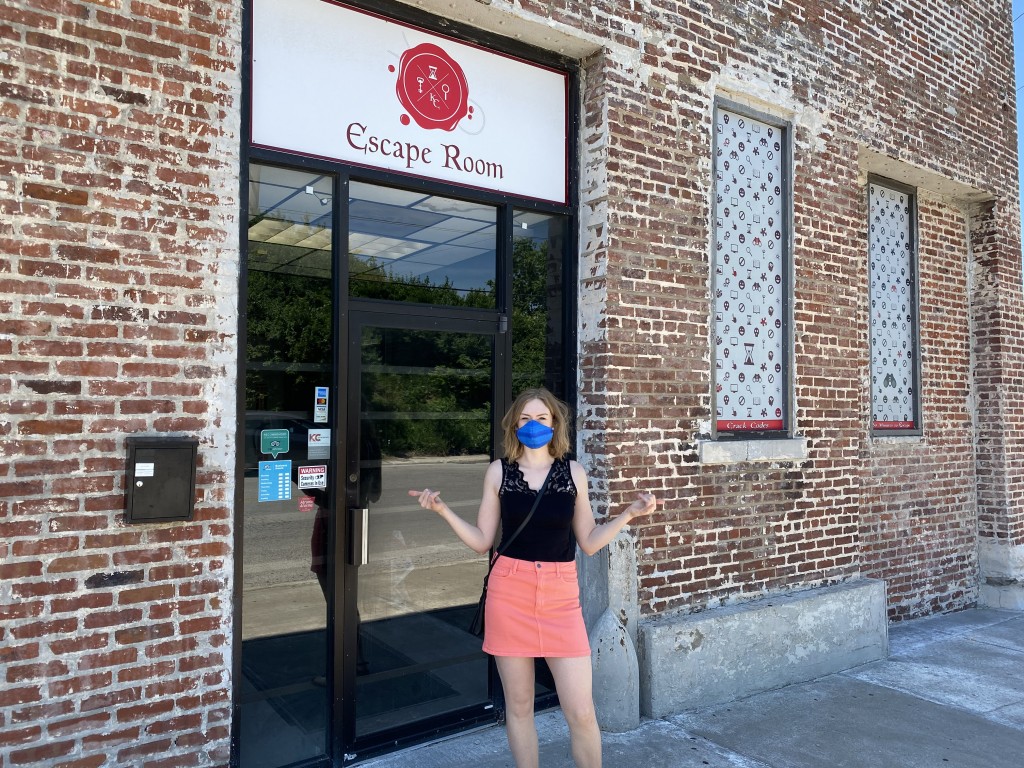 I’ve been locked in a bungalow for the past four months with the worst kind of hypochondriac—a vindicated one. I should specify here, for the benefit of my mother-in-law, that I adore my husband, Tom—who is patient, who is kind, who has been warning everyone about the coronavirus since January like a doomsayer wearing a sandwich board.

But when I heard that escape rooms had reopened in the city, I thought visiting one might be therapeutic. Like many people, I’ve been struggling to cope with a sustained, atmospheric anxiety about an economic collapse crammed inside a global pandemic stuffed in a long overdue reckoning with systemic racism like the world’s worst turducken. I can’t—shouldn’t—escape from that. But I thought I might be able to escape from the River Market.

The Escape Room KC website describes the experience as “60 minutes of intense fun in a locked room,” which is how I’ve been trying to sell my husband on sex during the pandemic. I found a more accurate sales pitch elsewhere on the site: “intellectual alternative to movies and bowling.” Same.

I scanned the available rooms, most of which appeared to be unlicensed riffs on other intellectual properties—The Da Vinci Code, The Theory of Everything—and selected Prison Break because it seemed the most metaphorically resonant.

So at 10:30 a.m. on a Sunday—the Lord’s Day—Tom and I left our house after four months of lockdown and paid a stranger $74.30 to lock us in a slightly different room. We both felt moderately safe. To comply with social distancing, the escape rooms were all private, which meant we weren’t going to be thrown in with a bunch of face-touching randos who spent the weekend guzzling lake water with 1,000 Alpha Phis.

I signed a sheet for contact tracing purposes and let a strange man wearing a surgical mask handcuff both me and my husband. “Some people would pay good money for this,” I joked, forgetting that I had, in fact, paid good money for this.

The man led us into a small cell and handed us a walkie-talkie in case we got stuck and needed help escaping, much like real prison. We had an hour to escape, he told us. Then he locked the door.

“Prison Break” is a room that combines everyone’s favorite things: math and the police. Once we escaped our initial cell, we found ourselves in what looked like the office of the world’s most paranoid homicide detective. Every drawer and door was padlocked; on one wall, a white board was covered with arcane symbols and half-finished equations. The only thing approximating a personal artifact was a calculator. I immediately set to work untangling a mysterious string of letters and numbers typed beneath a picture of Gary Oldman.

I like to think of myself as an intellectual person—as intellectual as movies and bowling—but I became fixated on that calculator to the exclusion of all other sensory input. I wasted a good 15 minutes pounding its buttons with sweaty fingers while frantically trying to remember the mathematical order of operations. I knew there was an acronym involved, but the only thing that came to mind was PEMIS. I was pretty sure that wasn’t it.

Tom wasn’t faring much better. He was pressing his ear against a combination lock and twiddling the keys like a cat burglar in a B-movie. “We should ask for help,” I said. He ignored me and poked his finger into a hole in the wall.

Not wanting to spend the rest of my quarantine in an arithmetic police station, I grabbed the walkie-talkie. “I think we need a clue,” I said sheepishly.

The tinny voice of the employee crackled out a moment later. “If you’re trying to use the walkie-talkie, you have to hold the button down.”

Reader, I figured it out. After a generous hint from the employee, we bungled our way into a small, third room that was empty save a skeleton in an orange jumpsuit strapped to an electric chair. This seemed an especially dark turn given the escape room’s premise—that we were helping a wrongfully convicted man escape a death sentence.

“Our friend is dead,” I told Tom. We grieved while a black light strobed overhead.

“YOU HAVE 15 MINUTES LEFT” blared a voice from the walkie-talkie. Forget the dead man, I guess. 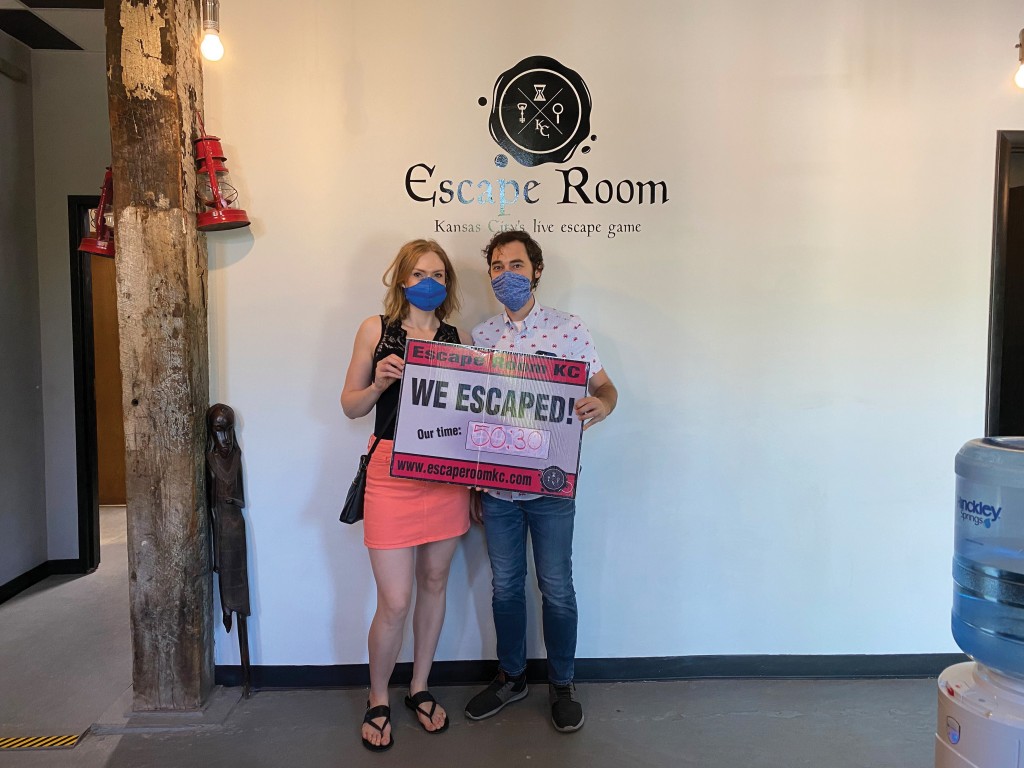 THEY DID IT! // Photo courtesy of Liz Cook.

We escaped with 10 minutes to spare after plugging a series of meaningless codes into a series of locks and keypads. The experience made me understand QAnon conspiracy theorists who see every banal piece of information as A Sign. I suspect you could recreate a similar experience at home by changing all of your email passwords while drunk. Still, I felt a dopey sense of satisfaction as I stumbled back into the lobby and posed for an embarrassing photo holding an embarrassing sign. My editor had instructed me to “get photos of [my] anxiety attack,” but for once, I didn’t feel anxious at all.

The strict time limit of the escape room had tricked me into doing something I am generally incapable of: focusing on a single task. I didn’t have time to think about coronavirus or the rapidly contracting media industry or the president’s Twitter. For 60 frenetic, blissful minutes, I just thought about Gary Oldman and math.

I stepped out into the scalding sun of a 90 degree day in Kansas City and asked Tom to take a picture of me in front of the entrance. I felt cheerful for the first time in a long while. I even felt like I could breathe more easily—the air tasted fresher, somehow.