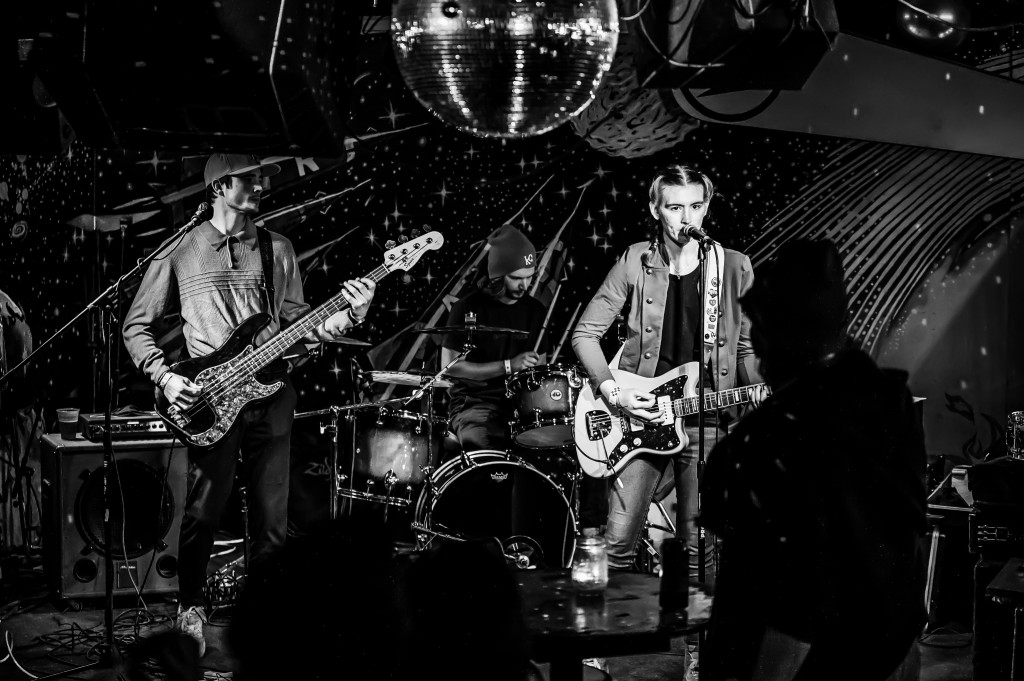 Lawrence, Jan. 20, 2022. MellowPhobia during a show at the Replay Lounge in Lawrence, KS. // Photo by Aiden Droge

Originally tasked with photographing MellowPhobia’s set on Thursday, Jan. 20, I had decided to listen to their discography in the days prior to the show.

Walking into the Replay Lounge on that very cold Thursday evening I could not help but notice a van outside with the spray-pained words “THE BLAST MONKEYS” on the side.

This was my first real expedition into the local music scene, and I knew that I was in for a treat. With loud drums, energizing guitar, and broken drumsticks after the third song, The Blast Monkeys (aka TBM) knew how to get the party started.

A self-proclaimed pop-punk/indie rock “jam band,” TBM was created by Scott Vick (guitar/vocals) and Kyle Chambers (drums)—two Kansas teenage best friends since they were in high school. They were the perfect pair to get the party started and warmed me up to Kansas local music scene.. 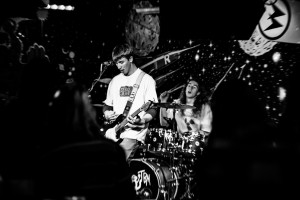 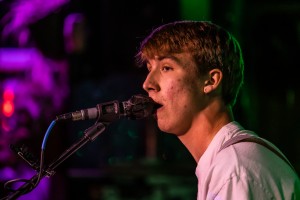 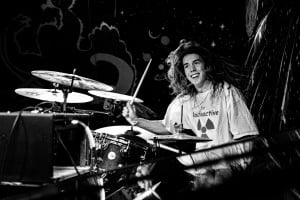 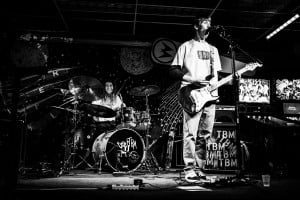 I was not sure how to feel about OUTPUT’s performance at first. Following a very loud and explosive performance by The Blast Monkeys, this was a completely different mood. As I mentioned prior, I was assigned to photograph the artists performing on Thursday and while my love for photography is very strong, I am a glutton for punishment and enjoy the stress that photography brings me.

For the majority of this set, I did not take a lot of photographs and instead, tried to immerse myself in the soundscapes that were echoing in the venue. 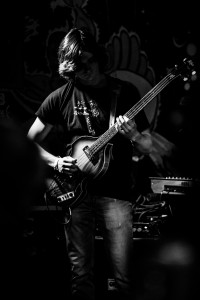 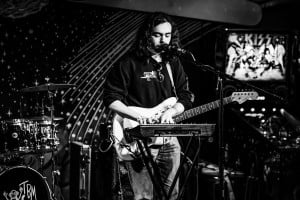 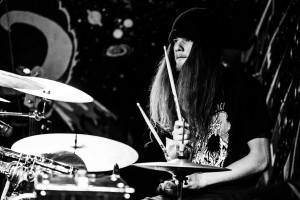 An indie alt-rock band based in Kansas but originally from Pittsburgh, PA, MellowPhobia ended the already talent-filled night on a high note. They have such a unique, yet familiar and inspiring aura surrounding them and their music that anyone–no matter the taste in music–could jam out to MellowPhobia.

Lead vocalist Tillie Hall was accompanied by bassist Marek Koch and Jacob Smith from the rock band Boy Soprano. With a sound that I can only describe as “vibey,” I enjoyed the show immensely and cannot wait to see where MellowPhobia goes in the music scene next. 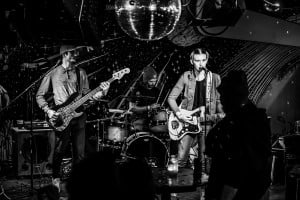 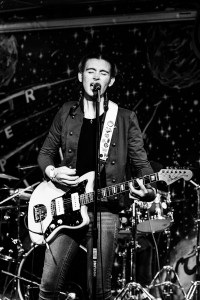 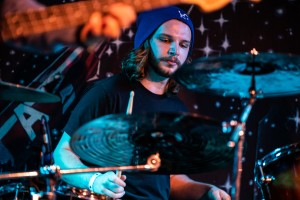 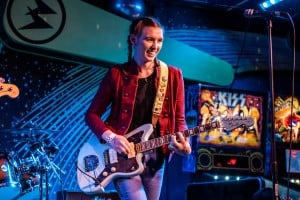 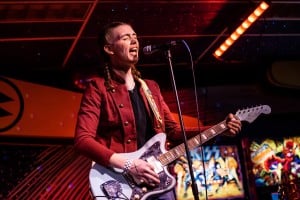 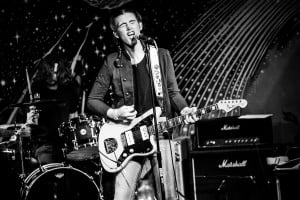