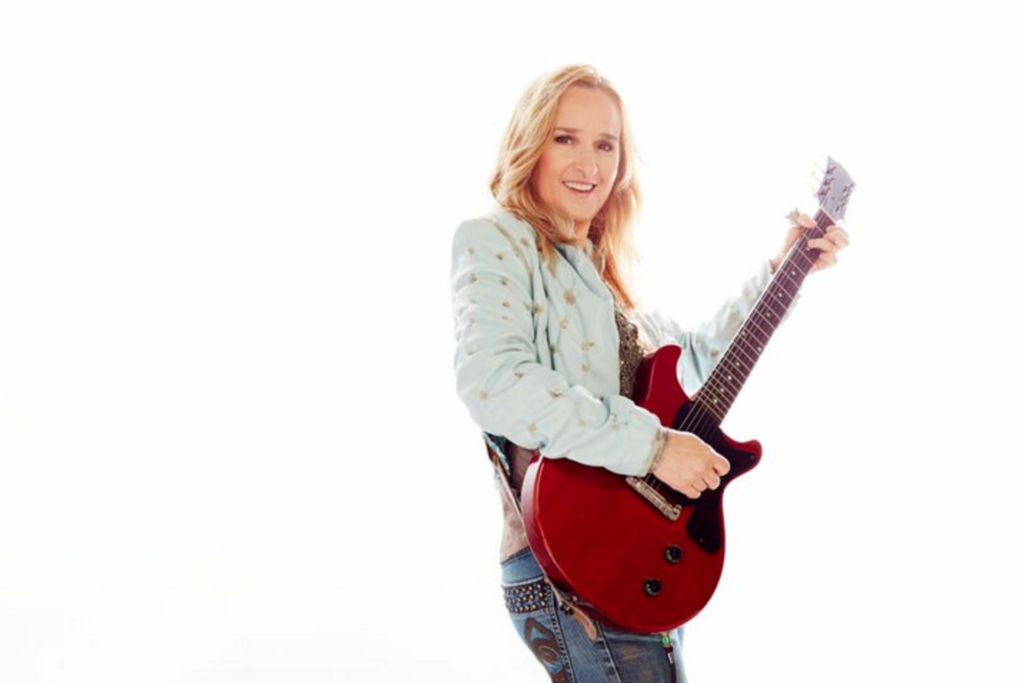 Last year, Melissa Etheridge released This Is M.E., her first album on her own label. It took her 26 years to get to the point in her career in which she felt like she could do that, and the result is an uplifting and honest collection of songs that capture the iconic singer’s spirit. Etheridge is many things – LGBTQ rights activist, breast cancer survivor, medical marijuana advocate – but in all her many platforms, she has always been, first and foremost, a talented singer and songwriter. This Is M.E. forcefully reminds everyone of that.

Ahead of her Wednesday-night solo show at the Uptown, we spoke with Etheridge by phone about her lengthy career and what it means to be truly independent.

Etheridge: It’s been an interesting journey, because certainly when I first started out in my 20s, I said, “I just want to be rich and famous, and that’s it.” That was really, truly the goal. Wanted to do the rock and roll, and I loved music and loved what I was making, and I started this journey. And I was in Los Angeles for those years and signed a record label and as I was walking that path, life gave me these choices, and it became clear that I was either going to really have to be really secretive and keep my sexuality to myself or I was going to have to walk a walk and be truthful about this. And I was open to my family and my friends, so there wasn’t any doubt, so I just kept speaking truthfully.

I found that each time I would answer the questions and speak truthfully – from my heart and just my heart, not speaking for anyone else, but just for me – each time I did, there was incredible rewards and peace of mind at the end of it. And that’s been the journey, whether it was gay issues or cancer or cannabis or the whole long list of things that I’ve been willing to speak about. And sure, when it comes down to it, I just want to play my songs and have people jump up and down and let’s all have a good time, but I am very grateful for the opportunity to speak my truth and in the process, maybe help an individual or two.

But I do have to ask: You were one of the first openly gay female singers, and at the time – in the early ’90s – that was a huge deal. And I want to feel like we’ve made some great strides in the last few decades, but there’s still a long way to go. What do you think the next steps are in the greater conversation about LGBTQ equal rights?

I see our world and our society and our civilization, as it were, trying to come into balance. That’s what I’ve seen in the last 30 years, as I’ve been a grown-up and out here. I have seen our civilization struggling for the balance between male and female, and that balance inside ourselves. That’s why being gay, a long time ago, was so crazy and insulting.

There’s a Jewish prayer, it goes something like, “Thank God I’m not a woman,” and it comes from 2,000 years of patriarchal energy that has been ruling the world. We’re now in the midst of a great correction, and that’s why you saw first the women’s rights [movement], followed by gay rights and now followed by transgendered rights. It’s our civilization trying to come to grips. We want it to be equally powerful to be a man or a woman, so we’re trying to bust through these gender roles, these chains. I feel very confident that this is our society’s feminist movement, all the way through everything. Through homosexuality, through gender roles, everything, and ultimately, what we’re going to be getting is a balance.

Changing pace a bit: You’re doing this leg of the This Is M.E. tour solo. What was the impetus for that decision?

The solo show is something that I started earlier this year, and I’ve been taking it around and I’ve really loved it. I also wanted to do some gigs with my band, and we have gigs where we’re opening for Blondie, and this is one [type of show] that keeps me really fresh all summer long. I don’t get too tired of it [the solo format], and it’s just an opportunity for people to see me. I don’t know when I’m going to do my solo show again, so it’s something to see right now. And it’s also one of the most intimate times that I have with the audience, and I really, really enjoying presenting it.

This Is M.E. is the first album that you’ve released on your own label. What does it mean for you to have your own imprint on this?

It means everything, because it means that I own my own record. All those other 12 records that I’ve made, all those songs, I don’t own those recordings, so if I wanted to use it for anything I’d have to ask the record company, and they’d make the money on it. So it’s a feeling of independence and control, and my whole next part of my career is to actually own my own recordings and have more power over it. And that’s where the music business is right now: Artists like me can do really well by going independent and reaching our social fanbase and going from there.

I think it’s worth noting that your career is nearly three decades in at this point. You’ve managed to keep making music successfully in that time, which is a feat unto itself. But creativity changes over time, and I think – often with creative people – it’s easy to forget some of the things that once inspired you. How have you kept inspiration alive in your life, and how has your creativity evolved or changed over the years?

It’s all about inspiration and being in spirit and understanding what that is. The first part of my career, I followed my emotions and my sensuality and pleasures and desires and pain, and that was what I wrote about. Then, toward the end of the ’90s and into the early ’00s, I started to get very, um… I didn’t quite know what I was supposed to do, and I lost my way a little bit. Then I was diagnosed with breast cancer and that put me right back on my path.

I understood then that my inspiration is a spark that is alive every single day, and that as long as I’m looking for it and filling my life with joy, that spark can be a small flame every day. I can go to it and have it magnified in whatever way I’m intending it, whether it’s a song or a thought or whatever at inspiration is. That flame is still going, that flame of delight. And as long as I’m traveling through my day and into my world with light and joy and gratitude, I’ll be able to create.