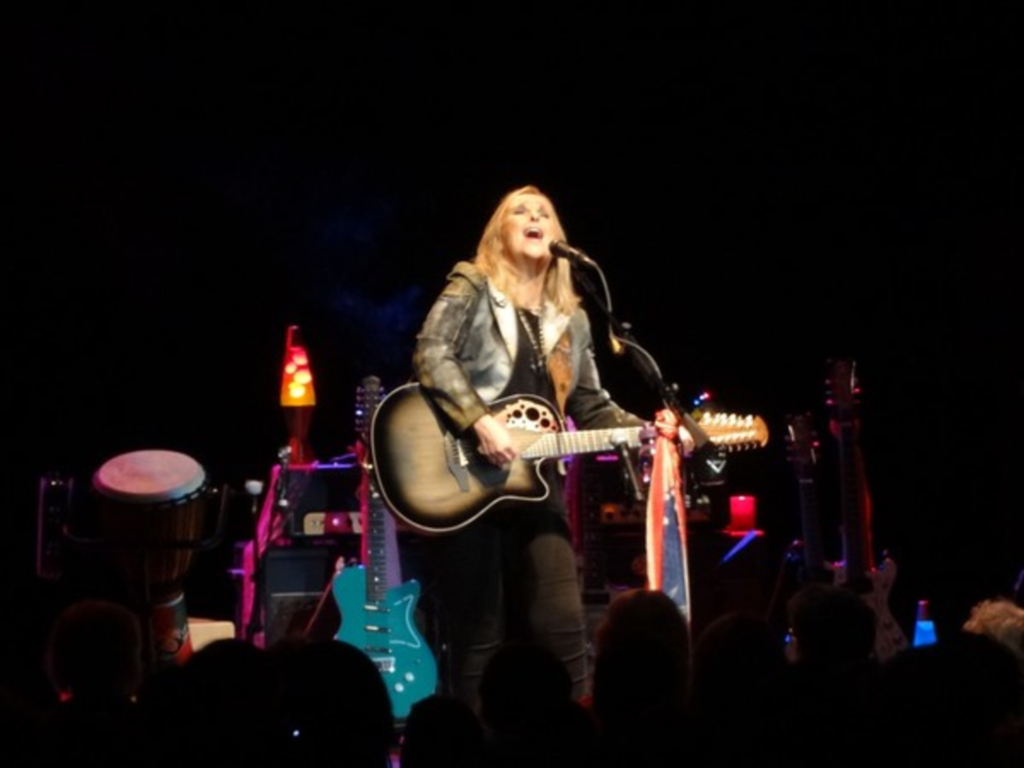 From the opening moments of Melissa Etheridge’s solo show at the Uptown last night, she began mentioning it had been awhile since she’d been home. With story after story about living and hanging out in Kansas City and Leavenworth, her actual hometown, it became clear how long she’s been away — and how many connections she really has.

Etheridge announced, to a three-quarters full theater, that while she’d been to plenty of shows at the Uptown, she’d never played there before. Before kicking into “Take My Number,” one of Etheridge’s many songs about reconnecting and just plain winding up next to someone, she mentioned that she mentally travels back home quite a bit. “For this one, I thought ‘What if I were back in Kansas City and ran into an old friend…?”

It wasn’t completely “M.E. Unplugged.” Etheridge’s wide array of guitars definitely featured some electric screamers. After roaring and whispering through “Take My Number,” she relayed the day she’d just spent in Kansas City doing some of her favorite things, including buying a new drum at Big Dude’s, sweating profusely and taking a walk through Loose Park.

“I didn’t know [the park] was named after a person,” she laughed. “I thought it was a description.”

For many songs, Etheridge set up backing loop, with her new djembe drum, a mallet-whacked tambourine, and a cajon. As she worked the first double-necked guitar, this one named Elaine, through “If I Wanted To,” Etheridge unlocked her inner Joe Perry, the arena-rocking guitar forays that are as important to her music as her percussive strumming and that gravelly, earnest voice — an instrument that has clearly held up magnificently over more than two decades of crunch.

Etheridge continued strolling through her Kansas City scrapbook, remembering playing at the old Magic Pan at the old Seville Square on the Plaza, a nine-month gig at what’s now the Embassy Suites (“I’ve never run into anyone who heard me play there,” she mused), and a ‘70s-era apartment building where a lot of TWA stewardesses lived – a statement that elicited some of the biggest whoops of the evening.

Etheridge dedicated a relatively new song to Leavenworth, “4th Street Feeling” (less a Dylan reference than a map-based tribute to the main drag in town and a time when “everything I had could fit into my Chevrolet”). The piano-driven memory of her hometown — and a time when she thought “I’m going to be famous and never have problems again” — was a highlight. 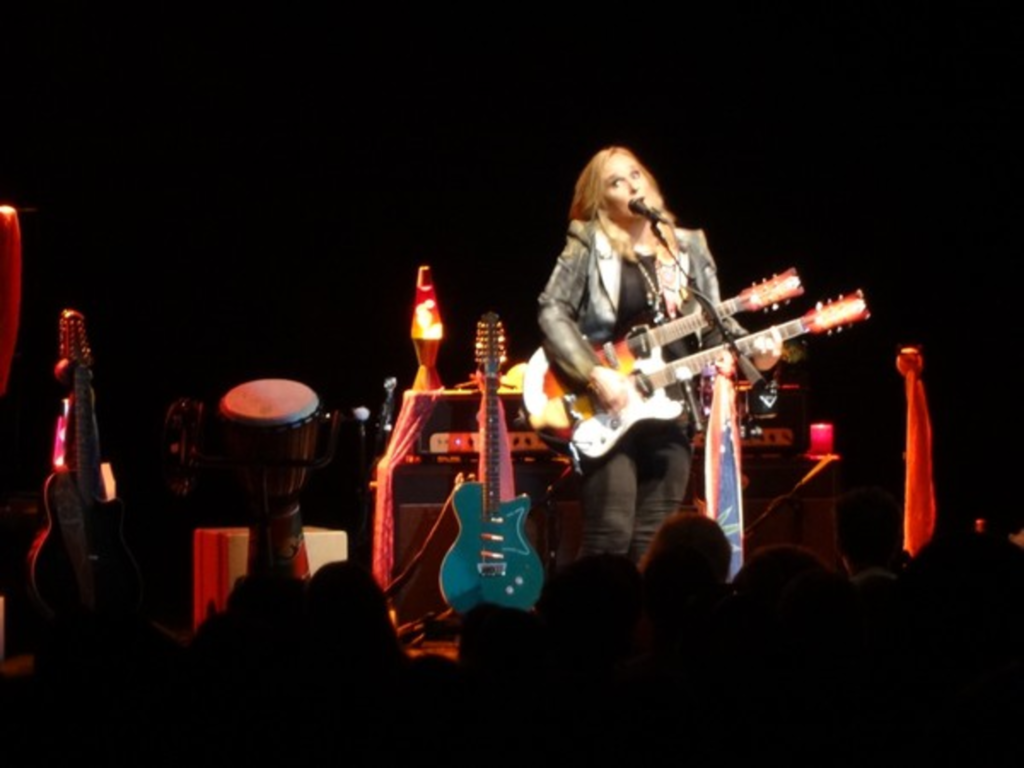 Etheridge paid tribute to her high school days in Leavenworth with “Mr. Bojangles,” a song she’d sing for her choir class (“Glee before there was Glee,” she chuckled), while her best friend would plead for her to “let that dog live!” (Fittingly, she skipped the verse where Mr. Bojangles’ best friend passes on.) Setting up a lush cover of Joan Armatrading’s criminally almost-forgotten “The Weakness In Me,” she said, “I bought this record at Penny Lane. That was a cool record store.”

The show had a few lulls, especially when the rhythm loops didn’t set up quite right, but Etheridge soldiered on.

“As my friend Billie Jean King would say, ‘Champions adjust!'” Etheridge said as she kept working to get the tempo perfect for “Chrome Plated Heart.” Her slanky, angular guitar work during an extended version of the tune made it worth the delay.

Her guitar work during a medley of “The Only One” and “Kansas City,” along with her 12-string picking on “The Way I Do,” emphasized just how well Etheridge can make those machines sing, too.

The best aspect of this show was the fact that this was a set, and story anthology, that Etheridge simply wouldn’t do anywhere else. It was for this crowd, and this town.

“Thanks for helping a hometown girl’s dream come true,” Etheridge said sincerely, as she headed into her final song before the encore, “Bring Me Some Water.” The crowd made it clear that they were already waiting for her to come back.

Setlist:
All-American Girl
Take My Number
If I Wanted To
You Must Be Crazy For Me
I Want To Come Over
4th Street Feeling
Your Little Secret
Like A Preacher
Mr. Bojangles (Jerry Jeff Walker cover)
Come To My Window
Chrome Plated Heart
The Weakness In Me (Joan Armatrading cover)
I’m The Only One/Kansas City
Monster
Bring Me Some Water
—-
The Way I Do

See also:
Melissa Etheridge talks feminism and keeping the creative flame alive ahead of her solo show at Uptown on Wednesday