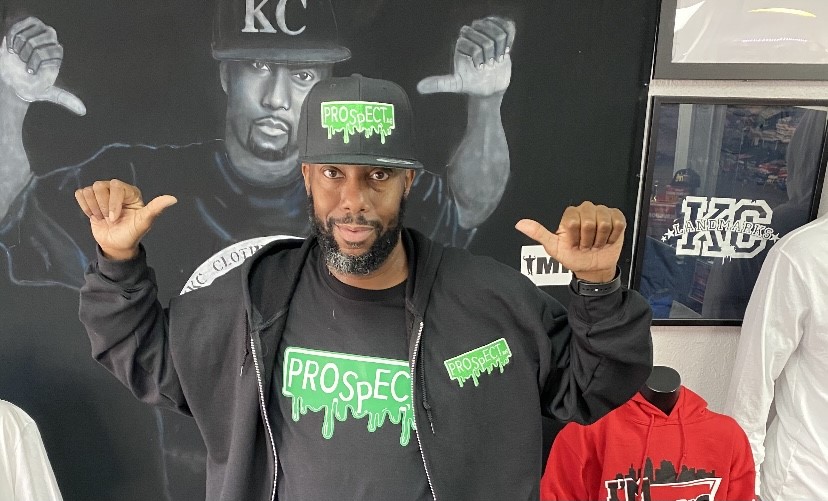 Kansas City-based rapper Walter Edwin, aka the Popper, might have just created the perfect outlet for any Hawley-induced anger. // Image courtesy of Walter Edwin

Following Sen. Josh Hawley’s misguided support of rioters on Jan. 6., Kansas Citians and Americans alike chose a wide variety of ways to call him out. Some privately ranted to friends. Some took to Twitter.

Walter Edwin, also known as the Popper, hit the studio.

@thepopperkc disses his Missouri Senator. Hi I am a rapper/small business clothing store owner out of Kansas City i made a song about Josh Hawley because I am so disgusted with him here is the linkhttps://t.co/JAoh4t699p

The Kansas City-based rapper, with the help of friend and producer Mill Clinton, released noteworthy diss track ‘Letter to Josh Hawley’ Wednesday. The song brilliantly compiles the ways Hawley has recently embarrassed himself against a beat you kind of can’t help but nod to. It’s…honestly a perfect outlet for any Hawley-induced anger.

When Clinton produced the beat and sent it to Edwin, Edwin knew he could use it to get his message across. From there, the rest was history.

“I just went into the studio and laid it all down,” Edwin says.

Letter to Josh Hawley by the Popper produced by Mill Clinton

Edwin saw Hawley pumping his fist on TV and wanted to be among the growing list of those who were calling him out.

“In Kansas City I feel like as an OJ rapper, we can’t let him get away with it,” Edwin says. “I saw Cerner asked for their contribution money back and Hallmark and the people he went to school with were asking for him to be disbarred and the Kansas City Star said he had blood on his hands. I was like, ‘Well, it’s time for the streets to speak.'”

He wrote and recorded the track knowing how differently the events at the Capitol would have played out if Black Lives Matter protestors had showed up instead. A comparison shows the stark difference between police brutality protesters across the country who were met with rubber bullets in June and rioters who were gently escorted down the Capitol stairs weeks ago.

“It was just the anger from watching on TV,” Edwin says. “If it were Black Lives Matter, there would be a large body count of dead people.”

The song follows Edwin’s latest album release, ‘Turning Point 2.0’, a 20-year anniversary component to his first album release in 2001, “The Turning Point”. The album was released Jan. 5, a week before the arrival of ‘Letter to Josh Hawley’. Edwin balances music with his ownership of local clothing store IMKC Clothing Co.

Much of Edwin’s music carries a sense of hometown pride. Edwin IS Kansas City. Releasing this track served as a way to take the city back from people like Hawley.

Ultimately, Edwin isn’t going to let Hawley wreak havoc without clapping back about it. He hopes other rappers use their music as well to expose issues that need to be addressed, the way artists like Kendrick Lamar and Public Enemy have in the past.

“I bleed Royal Blue and I bleed Chiefs’ Red,” Edwin says. “All I know is Kansas City. And for me to let this happen under my watch, it’s not going to happen without me saying anything.”