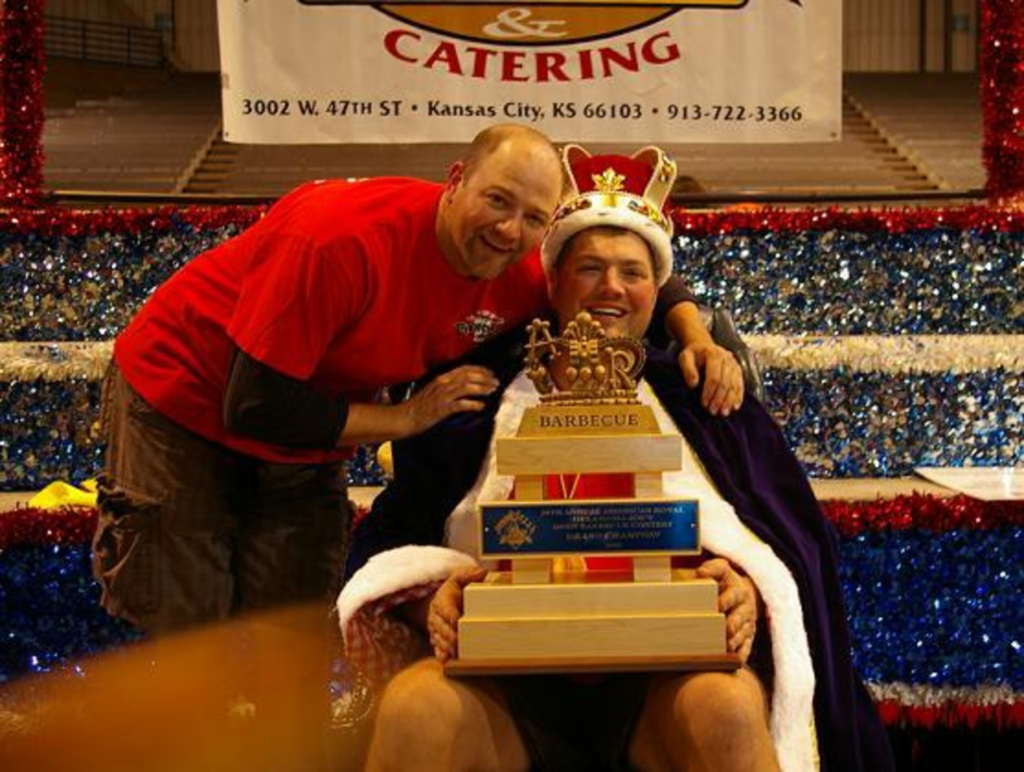 They may have come from all over, but when the hickory smoke from 473 teams cleared at last weekend’s American Royal Barbecue, it was a team based out of Lee’s Summit that was named Grand Champion in the open division.

“Other then having a great finish, the difference between this Royal and the past was that we really felt the bond with other teams throughout the country that we’ve competed against and become friends with,” Bob Denner tells Fat City. “Even before the awards ceremony, we knew this would be a weekend we would both remember for years.”

What started as a way for two brothers to keep in touch (Don lives in Ankeny, Iowa, where he works as a claims adjuster, while Bob works in marketing in Lee’s Summit) has evolved into a powerhouse team on the barbecue circuit. The Denner brothers entered their first competition in 2007 at the Kansas Speedway, where they placed 36th out of 90 teams.