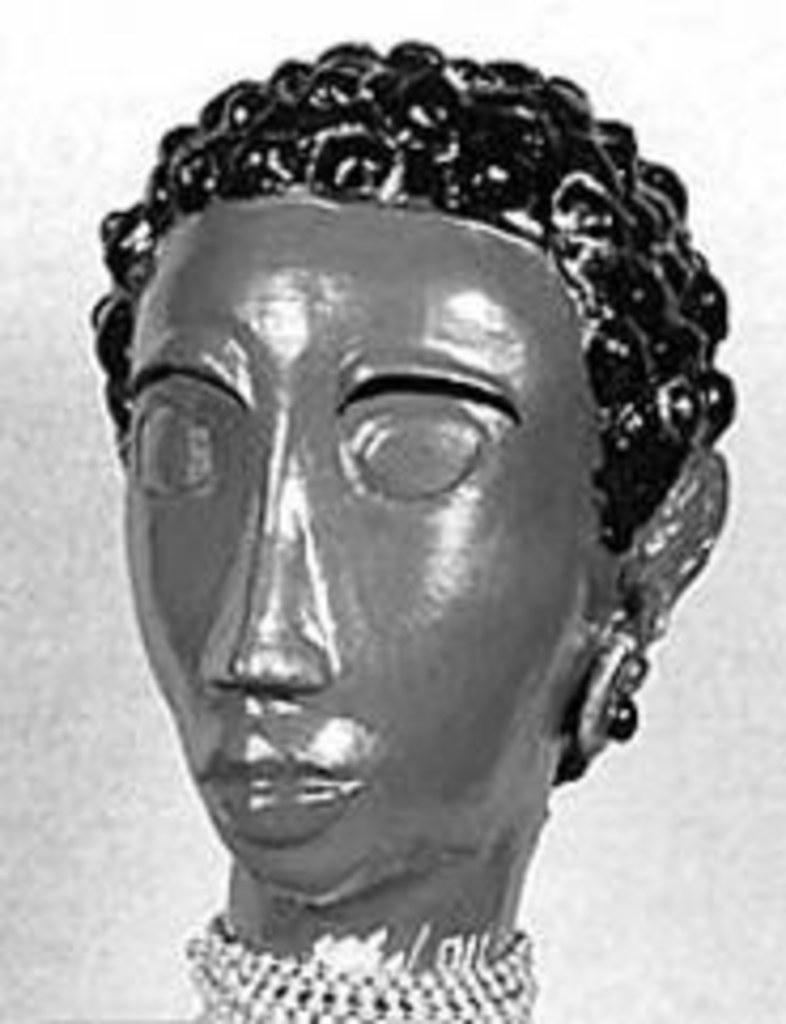 10/16-10/17
Michelle and J. LeRoy Beasley have been making art together for more than decade. She concentrates on painting; he creates masks reminiscent of African styles but with distinctly updated variations. “My masks draw inspiration from our own country, from people we see every day,” LeRoy says. “I just add a little more to it.” Their work is about harmony, which is sorely needed in this racially divided city. “We want to convey a sense that even though we’re all different, there are similarities we all get from one another,” he explains. “Yes, there are different styles and different cultures. But in actuality, we’re all in the same boiling pot, the same circle.”

This year, for the first time, the Beasleys’ studio at 3123 Campbell is one of those open to the public as part of the Kansas City Artist Coalition’s annual Open Studios tour. More than 200 Kansas City artists welcome visitors into their work spaces from 11 a.m. to 4 p.m. Saturday and Sunday (and during the same hours next Saturday and Sunday). This weekend spotlights artists working in the urban core; next week, the tour heads to studios in the suburbs. Call 816-421-5222 for details. — Joe Miller

Feast Your Eyes
Dream a little dream of docs.

SAT 10/16
When Glenn Stewart approached Kansas City Film Society founder John Shipp about hosting KC’s first documentary film festival, he said that if she did the work, he’d back her efforts. The result is DocFeast, an afternoon of discussions, movies and filmmaker appearances from noon to 5 p.m. Saturday at Cinemark Palace on the Plaza (500 Nichols Road). Following her success hosting a July visit from Eric Chaikin (director of the Scrabble-themed Word Wars), Stewart scored “The Art of the Documentary,” a seminar led by Tim De Paepe (Shades of Gray) about the styles, techniques and challenges of the medium. Other offerings include Call It Democracy, about election reform; Life Is Lifey, wherein a filmmaker pays tribute to her sister through found footage; and Cambio de Colores: The Changing Face of America’s Heartland, a look at the life of area Latinos told through five video vignettes. Call 816-931-7616. — Annie Fischer

And you thought your family was creepy.

Diane Arbus gained fame in the 1960s by photographing people on the margins of society — often dwarves, transvestites and asylum patients. She explained her fascination with these subjects by noting, “Most people go through life dreading they’ll have a traumatic experience. Freaks were born with their trauma. They’ve already passed their test in life. ” Although those images still have a certain shock value, it’s interesting that in retrospect, her most unsettling pictures are of the 1960s family: wealthy style icons; young, overwhelmed parents; and children holding toy hand grenades, among others. The Spencer Museum of Art (1301 Mississippi in Lawrence) displays Arbus’ intriguing photos in Family Album, opening Saturday. Call 785-864-4710. — Fischer

SUN 10/17
The underground ‘zine tour Cocoon: The Road Trip brings Portland, Oregon-based artist and KC native Nicole Georges to the Stray Cat (1319 Grand) at 7 p.m. Sunday to show slides from her baby, Invisible Summer. Also on hand are Dave Roche, creator of On Subbing, and Microcosm Publishing owner Joe Biel, who shows his documentary A T-Shirt & $100, about the medium’s popularity in the Northwest. Call 816-283-3338. — Jason Harper