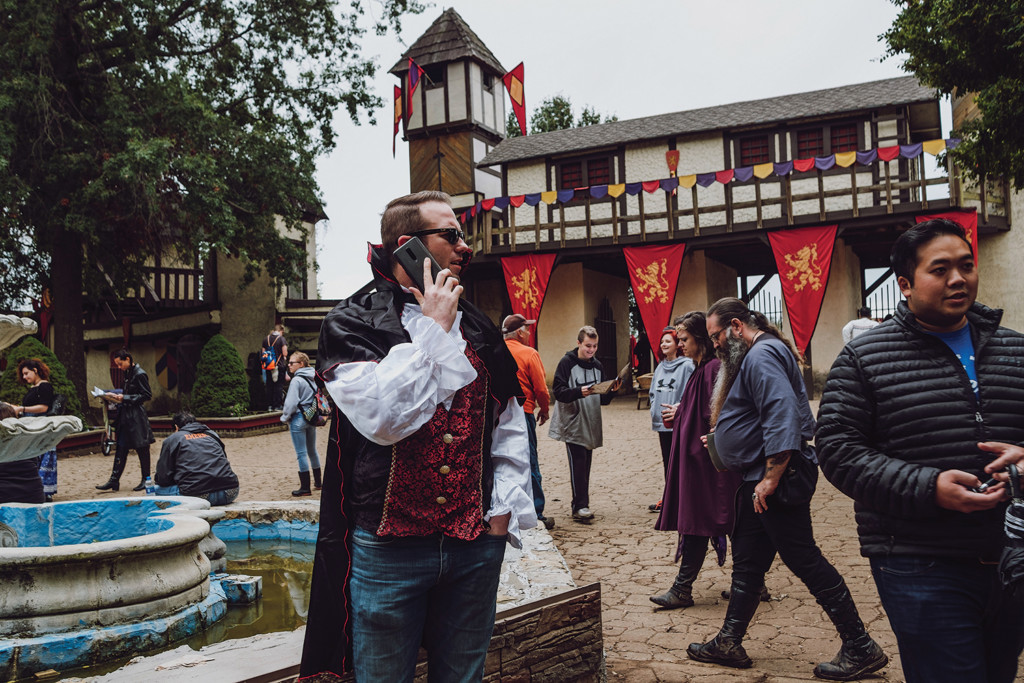 Dracula’s aways on call; no weekends for vampires.

I was sitting in a hayfield-turned-parking lot in Bonner Springs in September, enjoying a few last seconds of air conditioning, when a Ford F-150 truck parked beside me. Out popped a half-dressed knight, an archer, and an off-with-their-heads member of some kind of royal court. The three companions—Saturnino Hernandez, Jessica Hernandez, and Claire Sager—were, like me, headed for the Kansas City Renaissance Festival. They’ve been attending the fest for years, often coming out multiple times during its six-week season. These characters were just the tip of the proverbial prop sword at RenFest 2019. Inside the festival gates, I’d encounter beer-stein bearing barbarians, gypsy dogs, and preposterously large turkey legs (as well as that fried mac-and-cheese aroma all great fairgrounds seem to have). I ended up going twice myself during this year’s run, which took place on weekends between August 31 and October 14. 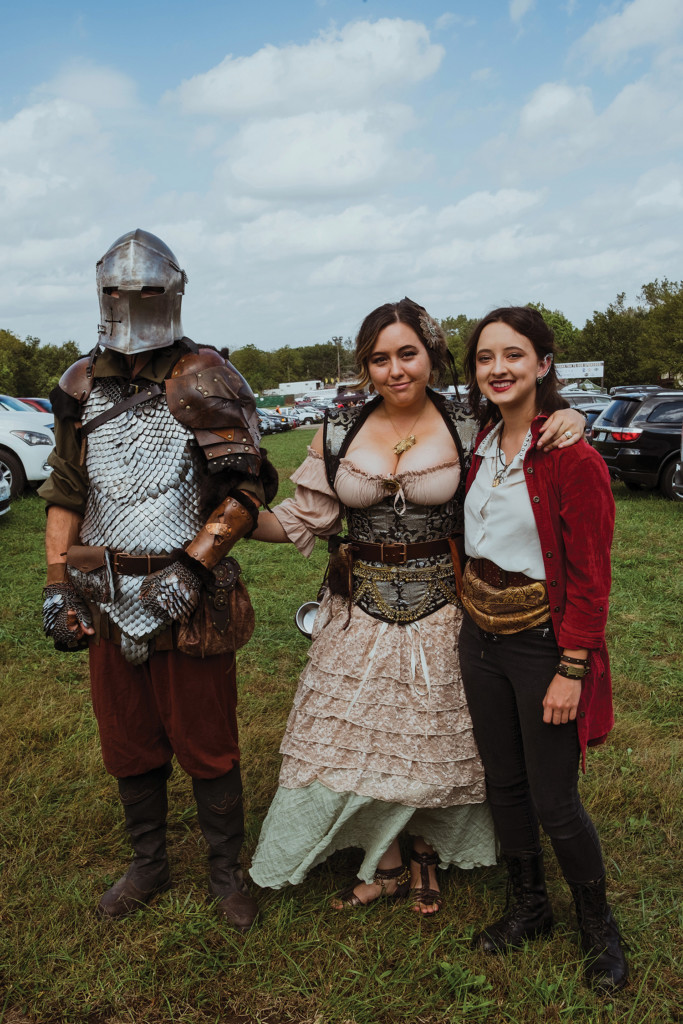 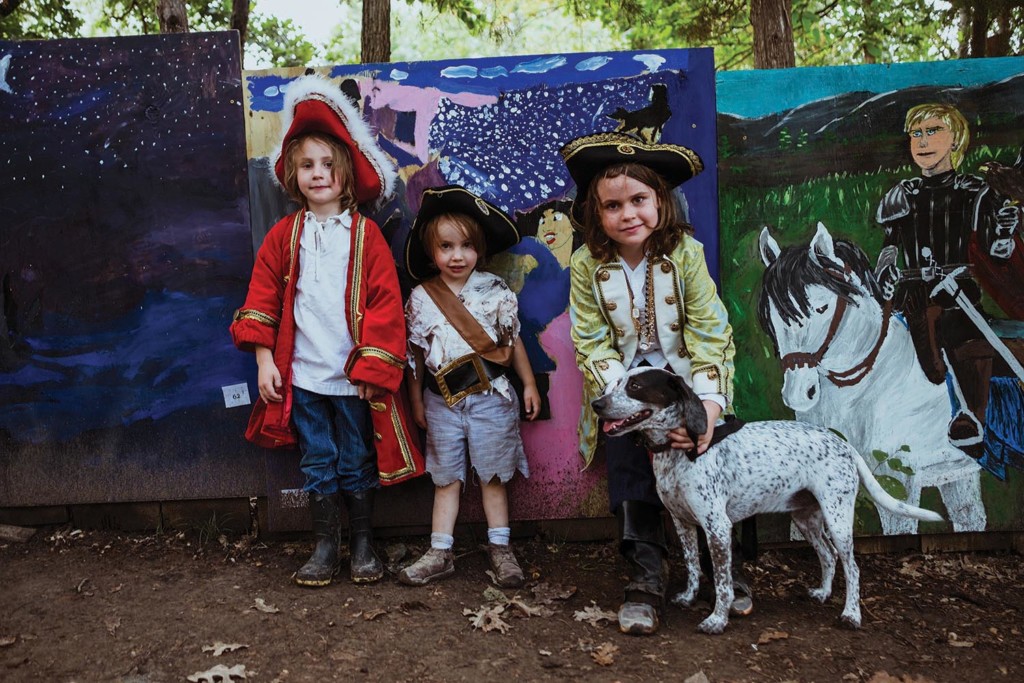 A band of pirates with terrifying beast spotted near the Ren Fest petting zoo. Left to right, Ellis, Llewyn and Gideon Ward with their pup. 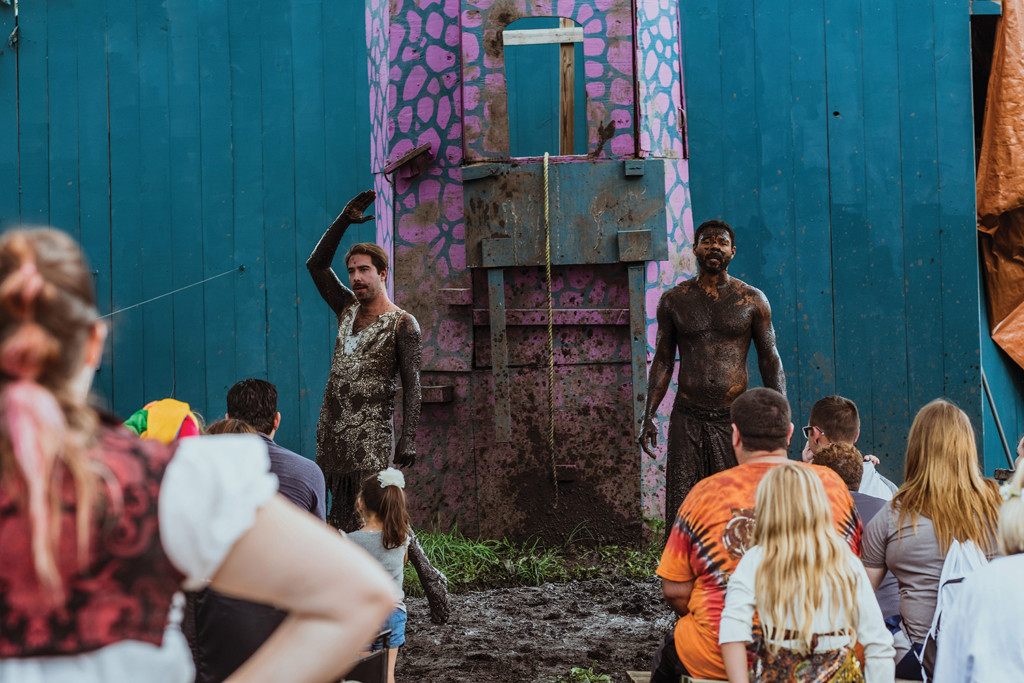 The Mud Show’s cheeky improv puts a rainy year to good use. 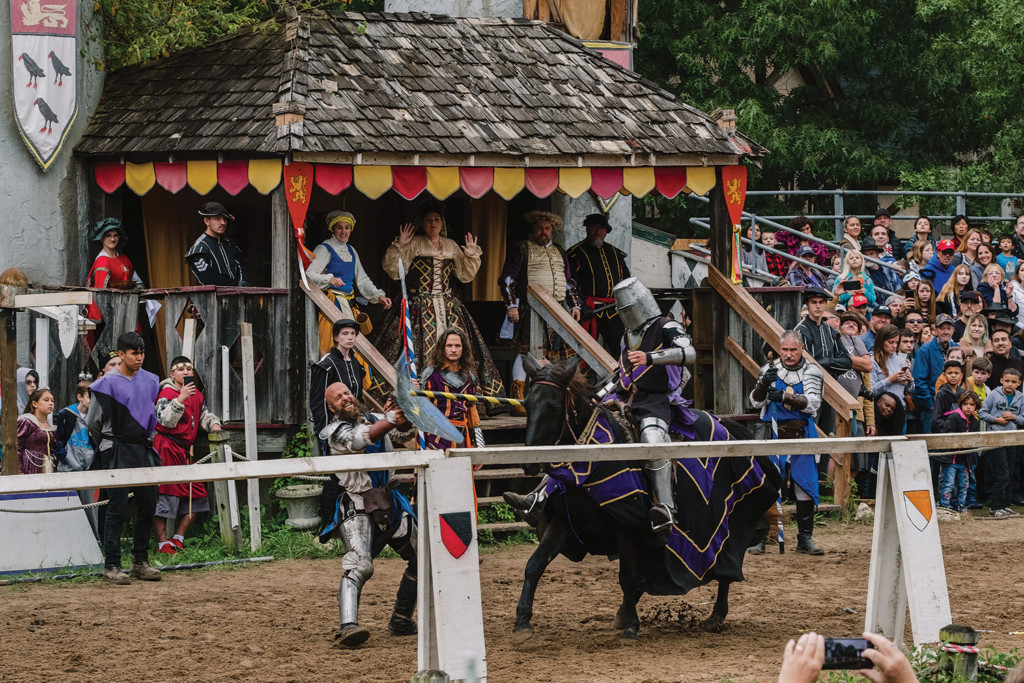 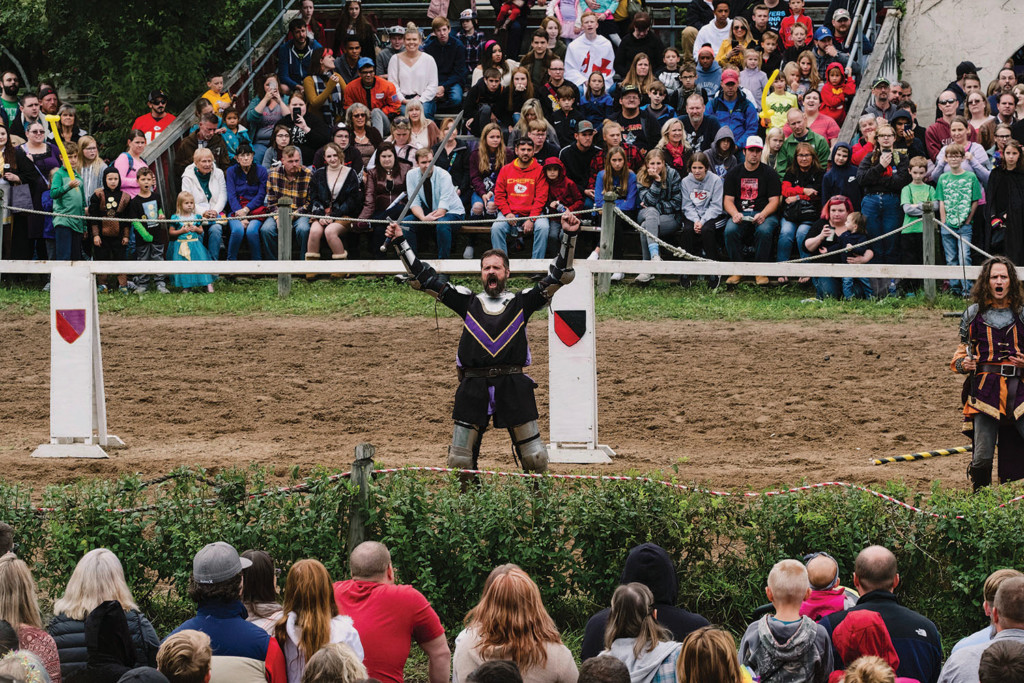 Every man dies; not every man really lives. 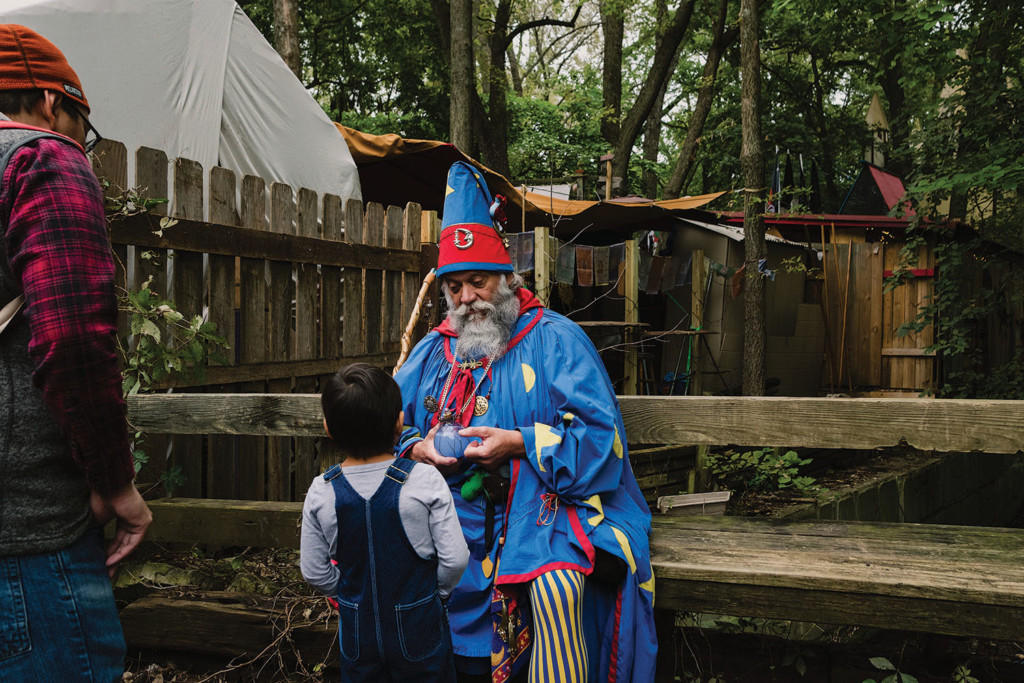 The Ren Fest is its own wild, wild country. 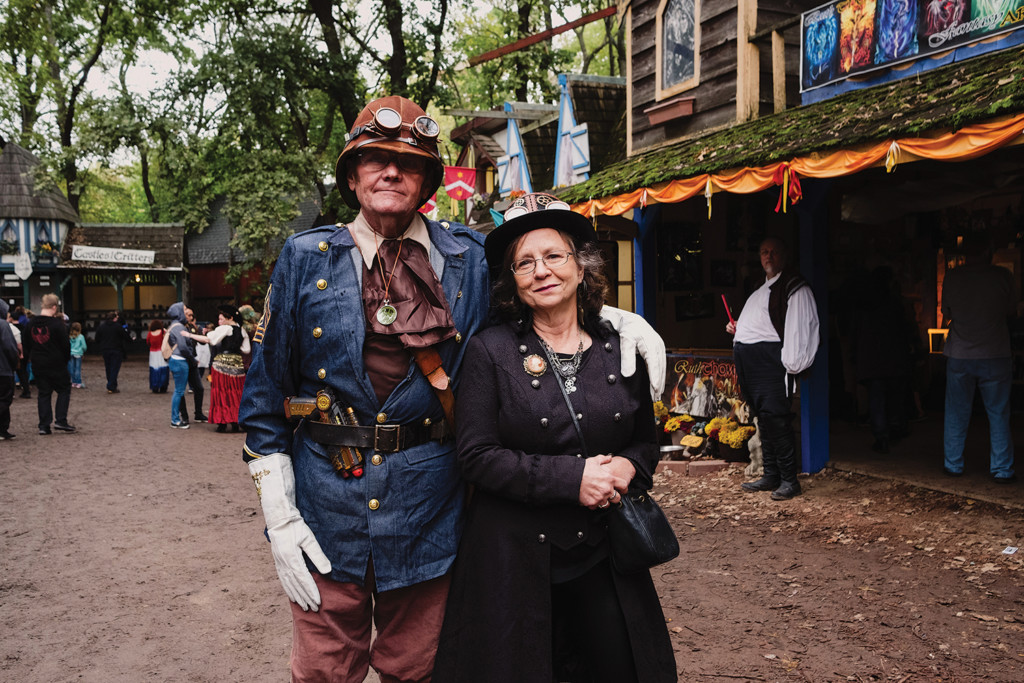 Jerry and Linda Vest, decked out in their finest steampunk gear. Jerry used to sword fight at the festival; he and Linda run a costume- and prop-rental business in Kansas City, Kansas, called Have Guns, Will Rent. 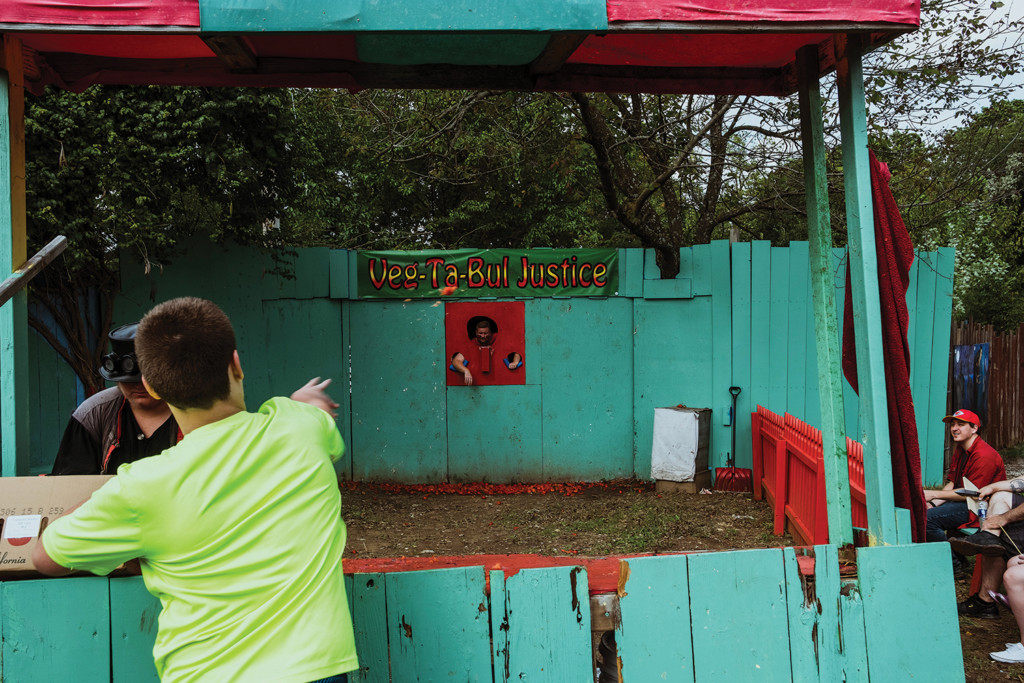 This man insults guests as they toss tomatoes at his face. Never saw anyone hit him. 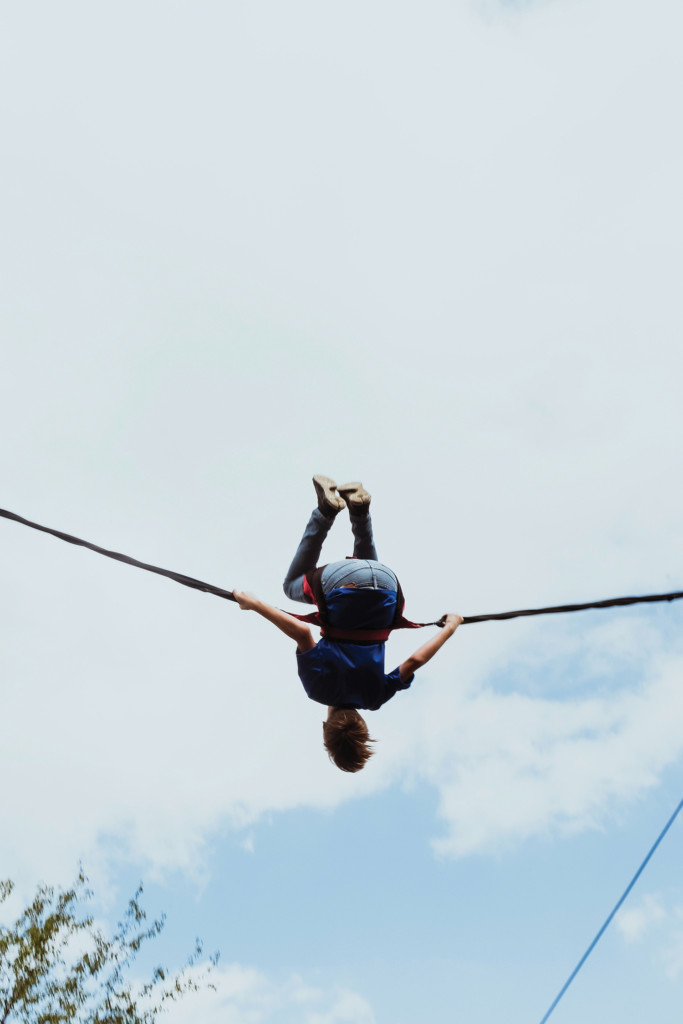 High-flying bungee trampolines launch kids into the air with the help of a brawny barbarian.