Meat versus meat. Everyone wins. 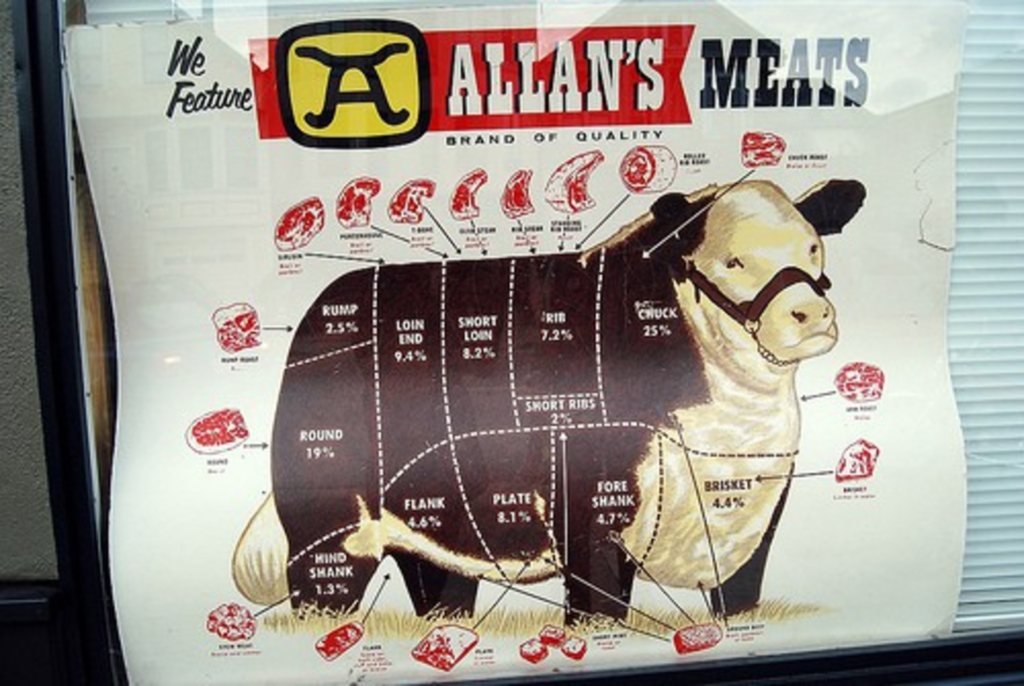 If 64 games of basketball is not enough competition for you, those brackets are also useful for pitting food against food. Specifically meat.

Food blog So Good is running a 32-item “Meat Madness” tournament, asking its readers to vote on who will advance. The four regions are red meat, poultry, seafood and pork, with voting open 24 hours for two match-ups before closing and the next match-ups begin. As of this writing, ground beef has just trounced venison, and lamb put a smack-down on corned beef.

Not content with a puny 32-team bracket or a system where everyone gets an equal vote, ESPN and New York Times contributor Paul Lukas revealed his 64-meat match-up with four regions of beef, sausage, pork and “meatcellanous.” Amazingly, bacon doesn’t win. (It does make the finals.) I won’t ruin which cut of meat does own the prize but Lukas’ bracket has many eccentricities.