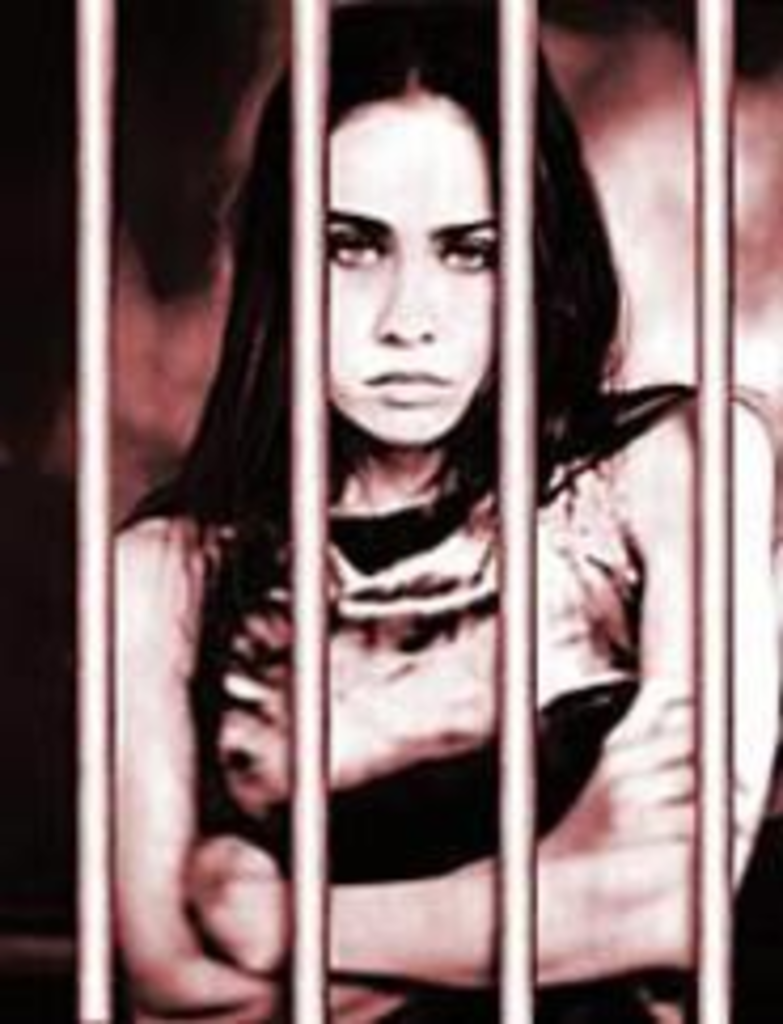 “I write this particular entry as the most humiliated form of myself. Last night I really fucked up.” — Fiona Apple, March 1, 2000, writing to her Web site.

I don’t want to make Fiona Apple more miserable than she already is. She’s at that awkward stage in her career where her fragility is the magnet that draws both fans and critics. The latter enjoyed her recent meltdown at Roseland in New York City, where she retreated from the stage after barely starting the concert. Monitor problems, she says, frustrated her to the point of tears, until she knew no other remedy but flight.

Does the confused tantrum of a young singer really rate national coverage? Apparently yes, if the singer: has a mournfully pretty pout; has a history of incoherent ranting in front of audiences; is dating a movie director (Paul Thomas Anderson, the brains behind Magnolia) willing to subject the San Fernando Valley to a plague of frogs; and composes a lengthy Web site apology for her fans.

“How did this become about my ego?” Apple wails as her letter enters its home stretch. “I’m glad I walked off, because if I hadn’t, the sheer mediocrity that the show would’ve become would’ve absolutely killed me,” she continues. Well, mediocrity isn’t the killer she imagines it to be. Otherwise, she’d probably never be able to find an opening act. But it’s kind of charming, in Apple’s increasingly trademarkable bipolar fashion, that she wants so badly to avoid being perceived as a lightweight. Nobody willing to perform his or her music for a live audience really believes the result will be mediocre; the thought rarely seems to cross anyone’s mind. That’s not ego; it’s self-preservation, especially among those with less talent than the gifted Apple. (And if she ever really were in danger of subpar work, she could always hire a dwarf to rock the house with her, lending her some credibility with rock’s priapic right wing.)

But it’s possible that Apple is not a performer. Her apology focuses on what she felt was best for her, her feelings, her own disappointment, her confession that she is unprofessional. It’s less a mea culpa to fans than a diary entry that hints broadly at a desire to balk at the machinery of selling records with rote concerts. Self-destruction as an aphrodisiac is nothing new in our rubbernecking culture, but Apple has cornered the market on self-doubt as the coal in the about-to-derail engine. It’s almost refreshing.

But for the unrefreshed, those unsatisfied by Apple’s flaky answer to her own wig-out, I recommend we ship her off to Michigan. There, she can stand trial in District Court Judge Michael Martone’s courtroom. Martone is the bench officer responsible for sentencing 18-year-old Justin Rushford of Clawson, Mich., to two hours alone in a room with a Wayne Newton CD. Rushford had been found guilty of disturbing the peace by blaring hip-hop music from his car speakers. “Enjoy your music, but let others enjoy their privacy,” the judge said in his ruling. It’s a creative punishment, now that shock treatment is generally verboten.

I picture Martone helming a new MTV show devoted to the prosecution of rock’s great taste refugees — a sort of stoopid Judge Judy for the tube-top set. Once we send Miss Fi off to the gallows for the inexcusable abandonment of her audience, we can tackle the tough stuff:

ð Send Puff Daddy (who had to show up for a one-day anger management class at a New York court’s behest last year) to ASCAP to serve an unpaid internship in its copyright clearance department.

ð Order the unsealing of Britney Spears’ medical records to settle once and for all whether she’s been inoculated against measles and mumps and whether the needle accidentally slipped and missed her arm, then her other arm.

ð Force the sterilization of the members of Insane Clown Posse.

ð Hook Keith Richards up with Jack Kevorkian (a man also hounded by the Michigan courts).

When you consider that even Judge Judy’s husband has his own court-style syndicated program, there’s no way this could lose — unless NBC runs it and decides to call it Freaks and Geeks. You take the frothy minions of Total Request Live and smack them up against the glass of Martone’s court room, into which he is ushered as Wayne Newton croons Michael Jackson’s “Smooth Criminal” or Johnny Cash’s “Folsom Prison Blues.” The song could change every show, but Wayne should be present every day, like Rusty, Judge Wapner’s bailiff. I’d watch that even if they never brought Jennifer Lopez to justice.

Throw in the daily misdemeanors of rock’s ignorant circus and you finally have the ultimate MTV reality program. The clash of generations, the thrill of impending incarceration, the spectacle of Carson Daly madly hammering at a stenographer’s machine. The kids could call in their requested punishments and inform on offending acts by dialing the same 800 number they do to ask for the latest Christina Aguilera video. (Christina, by the way, could hang out in the gallery with the same Hello Kitty girlfriends who propped her up during the ridiculous bull session MTV broadcast for 600 out of January’s 744 hours to the delight of middle-age men everywhere.) To compete with the edgier Court TV, the show could gear up for big trials with jury selections and commentary from Alan Dershowitz, who will also defend appellants.

Dershowitz: I think what we’re seeing here is the persecution of a man who didn’t realize the woman he had sex with was underage. And even if she was, Mr. Glitter gave the world “Rock and Roll, Part 2,” which you must take into account before trying him in the court of public opinion.

Dershowitz: He’s the hack whose greatest-hits disc gave Fiona Apple an aneurysm when she showed up for sentencing last year.