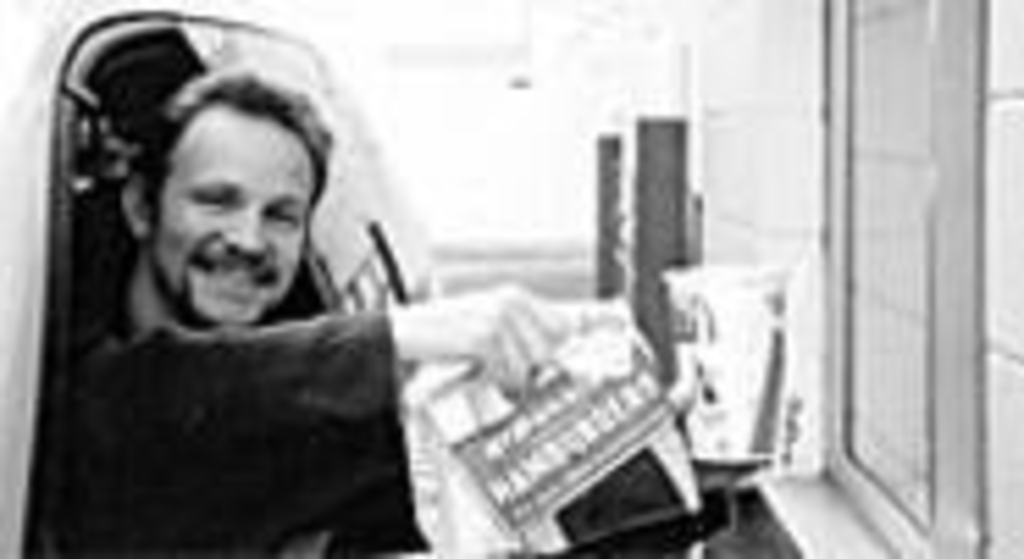 What becomes of Morgan Spurlock’s body after a month of eating and drinking nothing but the assembly-line foodstuffs of McDonald’s is not surprising. He gains nearly 30 pounds in 30 days. His sex drive peters out (one of the myriad disappointments visited upon Spurlock’s vegan-chef girlfriend, who is only too happy to discuss such unhappiness). His blood pressure and cholesterol levels skyrocket. He becomes alternately hyper and lethargic. He occasionally vomits up a McSomething-or-other. And his liver begins to resemble that of a lifelong alcoholic, much to the chagrin of the handful of doctors Spurlock employs to chart his monthlong binge. Spurlock gets what he deserves: a body he loathes, and a body that hates him right back.

Spurlock began his grotesque deep-fried experiment, during which he ate everything on the McDonald’s menu at least once, after he read a newspaper story about two obese women who sued McDonald’s for making them fat. His interest became an obsession, then a documentary. In Super Size Me, Spurlock reveals how quickly the body crumbles when exposed to such a horrific diet. His movie is Bowling for Columbine for dietitians, scientists and tofu eaters disgusted by Americans’ binge-and-splurge habits. It may well be one reason that McDonald’s recently began phasing out the supersizing option from its menus, though the chain has denied any connection.

Super Size Me is as entertaining as it is appalling; Spurlock was probably one of those kids who would have eaten anything on a dare — not only to prove that he could but also to see the revolted look on the faces of those who taunted him. He knew it would be awesome to get a multiplex audience to watch him vomit a Big Mac; he appears delighted by the result, the way Steve-O looks when he’s shooting firecrackers out of his ass on Jackass.

The movie was a big hit at Sundance and beyond; it’s turned Spurlock, an aspiring filmmaker and graphic designer, into Michael Moore, an agit-prop star proselytizing about the greed of a company that doesn’t care about the content or impact of its unhealthy and potentially deadly product. Like Moore, he tries repeatedly to talk to someone at the corporate level of McDonald’s about the nutritional value of its food. The game of phone tag feels like a page lifted from the Moore playbook of how to make a company look evil. Of course, the only way he’ll reach McDonald’s CEO Jim Cantalupo these days is through a medium: Cantalupo died last month of a heart attack at age 60, allegedly from a steady diet of his company’s own cheeseburgers.

Spurlock leaves no patty unturned; the accidental muckraker is out for blood (or at least packets of ketchup), documenting everything from how the chain uses its advertisements to sucker kids to its marketing of salads that are even less healthy than its burgers. He also visits a school for troubled teens in which the healthy foods that are served seem to calm the kids; turns out whole grains and green beans are better for brain and body. Spurlock vows to begin without an agenda, but his venom builds as his cholesterol rises. At the start of the movie, he admits a fondness for the occasional Quarter Pounder. Eventually, he swears off everything at McDonald’s, save its overpriced bottled water.

The movie’s timing is perfect. The nightly news warns against our obesity and jiggles with the unwelcome sight of America’s enormous asses and guts rumbling down sidewalks crowded with our supersized neighbors. If there’s a problem with the movie, it’s that Spurlock doesn’t veer from his predictable course; he didn’t expect to get healthier, did he? After it’s over, after you’ve seen two hours of burgers and fries, you may find your car steering for the drive-through. Then you’ll remember the sight of Spurlock losing his lunch, and off to Whole Foods you’ll go.