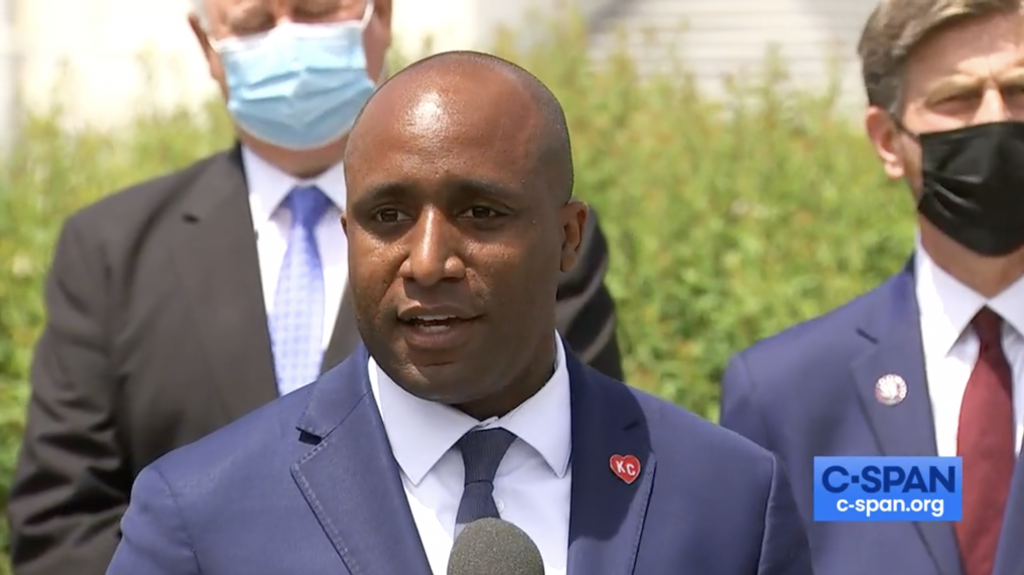 Mayor Lucas joined other U.S Mayors, Speaker Nancy Pelosi, and Senior Members of the House Transportation and Infrastructure Committee to speak on the future of U.S. infrastructure.

Kansas City was recognized as a city that was taking initiative to solve problems that are large national issues by Peter Defazio, chairman of the House T&I Committee. It was emphasized by Defazio that states and cities cannot solve all infrastructure problems on their own and they need help from the federal government.

“We’re living off the legacy of Dwight David Eisenhower,” Defazio says. “He did a great job. But I’m not doing Eisenhower 8.0.”

Defazio says there will be a bill appropriate for the 21st century. This bill will deal with climate change, including surface transportation, which is, according to Defazio, the factor that is contributing to climate change the most in this country. But since 2001, the U.S. military has emitted 1.2 billion metric tons of greenhouse gases according to Brown University.

A high-speed rail was mentioned because more transportation options are needed, especially in areas of high population density. I am sure residents of Los Angeles who travel on the 405 would agree.

“The problem I have with a lot of my Republican colleagues is they say, “We don’t believe in climate change”, or they pretend they don’t,” Defazio says.

More people are going on the roads as more COVID-19 vaccines are administered throughout the U.S. and Defazio recognizes that roads not only need to be up to par in quality but need to stop contributing to climate change. He says rising sea levels and natural disasters such as hurricanes on the east coast or earthquakes and wildfires on the west coast are problems the federal government needs to solve.

Speaker Nancy Pelosi spoke during the press conference, saying Defazio has a vision on how to take the U.S. into the future.

“Our hopes are riding on you,” Pelosi says about Defazio.

Pelosi thanked the mayors present for making infrastructure a priority and Lucas had the honor of speaking during the press conference.

“How about we all agree that infrastructure itself is not partisan?” Lucas asked. “It is not political. It is a basic and core service we need to make sure that we address.”

Lucas says mayors across the U.S., Republican and Democrat, want to improve infrastructure. He says all people should be able to get to work, no matter what hour of the day. The KC Streetcar is being fully funded thanks to a grant, providing jobs an easily accessible mode of transportation. Sadly, not all cities in the U.S. have something like this.