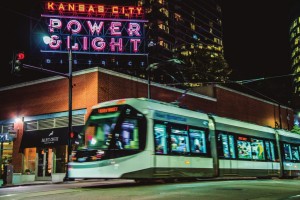 Thanks to a federal grant, The Kansas City Streetcar Main Street Expansion Project will be fully funded.

“The KC Streetcar has played a vital role in the metro region-bolstering our local economy, supporting manufacturing jobs, and connecting people to opportunities across our country,” Davids says according to KSHB.

Last May, the Federal Transit Administration approved the streetcar expansion project and three months later they announced $50 million in funding followed by another $174 million in January 2021.

A roughly 3.5 mile extension is expected to cost $351.7 million with a portion of that cost being covered through a funding district voters approved in 2018.

The expansion will begin later this year or in early 2022 with a line extension to UMKC estimated to be completed in 2025. Then, work extending the line north to the River Front district will start.

American Rescue Plan funding includes $237,776 for enhanced mobility for seniors and people with disabilities and $66 million for KCMO and KCK transit systems.

Registration for upcoming KC Streetcar public meetings on April 6 from 12-1:30 p.m. and April 7 from 7-8:30 p.m. can be found here. There will be an opportunity for questions from the public.

As Savannah Hawley wrote in January, Kansas City is going in the right direction in terms of being an affordable and accessible place to live with the already free streetcar line, eliminated bus fares, and now even more possibilities for streetcar expansion.