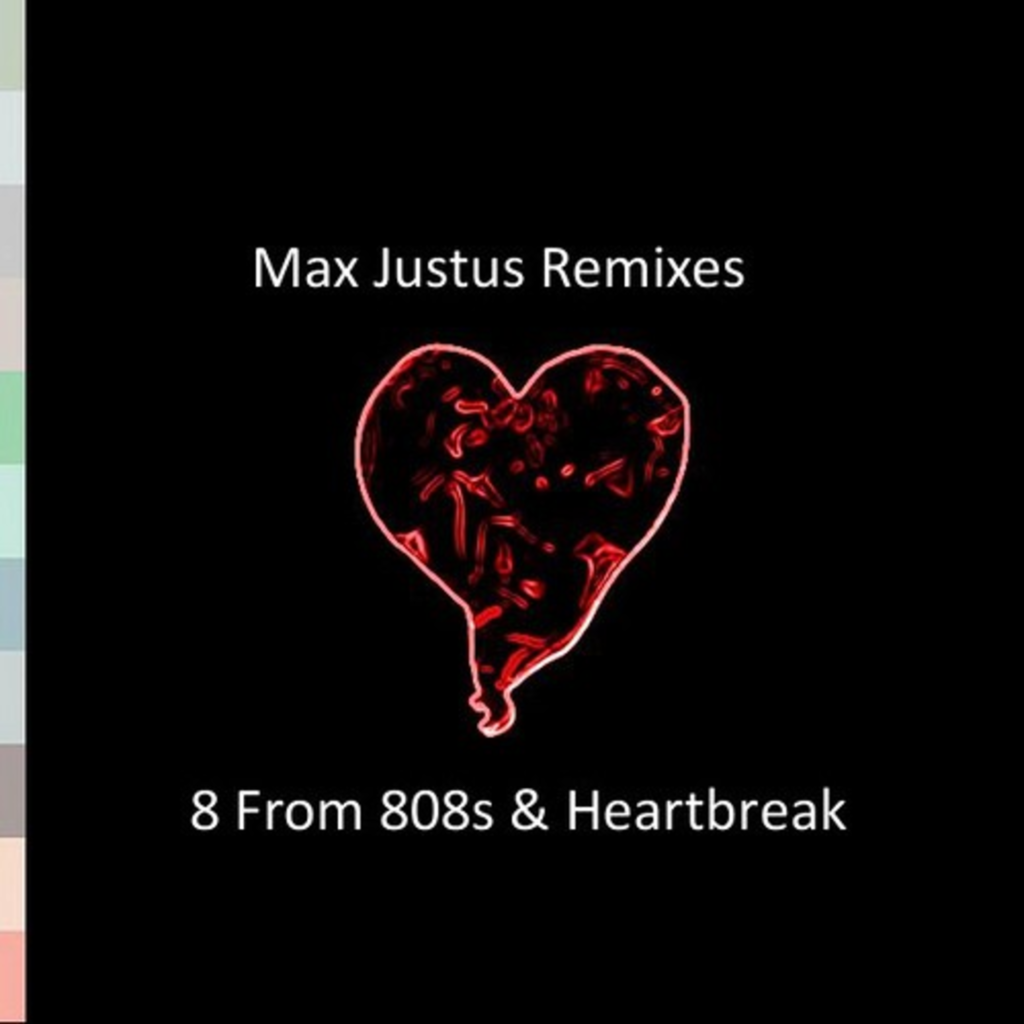 Lo, it has come to pass. More or less.

Justus ended up working with his eight favorite tracks from 808s (we’re surprised he could find that many!), giving them his own patented electro-dubstep therapy, and releasing them to the world. Grab them here or by clicking on the album cover above.

Addendum: If you pick up this week’s Pitch, on page 33, there’s a big picture of Max Justus spinning live. Underneath the photo, some booby has written that Justus is “still at work” on the remix project that was just released today (see above). Maybe on Monday, when the text on page 33 was written, Max was indeed still working on the album, but did the booby who wrote that text include the phrase “as of this writing” in his copy? No, he did not. That booby regrets his error.