The King's Man is the origin story nobody asked for. 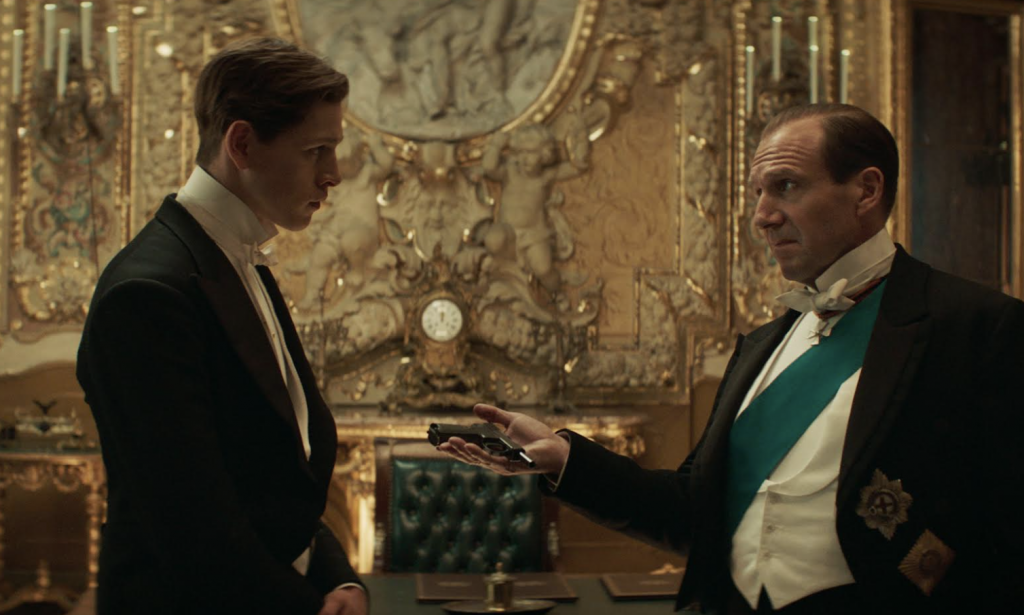 For most of his career, Matthew Vaughn has been a shrewd tactician at adapting others’ work.

Unfortunately, the latest film in the Kingsman franchise, The King’s Man is a pale imitation of those films, suggesting that somewhere along the way Vaughn forgot his own brand.

The series’ previous two films had a firm grasp of tone. They were also set in a world that was almost entirely fictional. By contrast, The King’s Man sets the film amidst the turmoil of World War I. The film can’t make up its mind whether to poke fun at historical figures or grapple with the futility of war. It goes for both with the tact of a sledgehammer.

Beginning in 1902 during the Second Boer War, Orlando the Duke of Oxford (Ralph Fiennes) travels to Africa on an aid mission. When tragedy strikes he takes a vow of pacifism, receding from military life. Years later though, Orlando is forced to question his place in the world as he and his teenage son Conrad (Harris Dickinson) find themselves on the front lines of the start of World War I.

Teaming up with their trusty sidekicks Shola (Djimon Hounsou), Polly (Gemma Arterton), and their network of spies, the team attempts to thwart some of the period’s most notorious tyrants from stoking the fires of the war effort. All the while, they’re being watched closely by a shadowy figure hellbent on destruction.

Vaughn and co-writer Karl Gajdusek’s attempt to stitch Orlando into the lives of numerous historical figures never quite gels, feeling more Forest Gump-y than fun. Not helping matters is that Orlando exists as a level-headed individual in a world where almost everyone else is dialed to 11.

The willy-nilly nature of things may be due to the departure of Jane Goldman, Vaughn’s long-time writing partner. Her absence suggests Vaughn now gets to indulge in a few of his quirks she may have reigned in.

What saves The King’s Man from being an utterly interminable slog is Vaugh’s steadfast dedication to lively action set-pieces and getting respectable actors to ham it up. Fiennes is the main attraction here, making a meal of the material.

Every piece of stunt casting is on point, particularly Tom Hollander triple billed as Kaiser Wilhelm/Tsar Nicholas/King George. Rhys Ifans steals the few scenes he’s in as Rasputin, not so much chewing the scenery, as devouring everything in his path.

Chaotic, haphazard, and a tad messier than it is fun, The King’s Man is by far the weakest entry in the Kingsman franchise. Were it closer to 90 minutes, it would be a blast. The additional 40 minutes makes it a chore to get through, with a slew of strange narrative choices continually bringing the film to a halt.

It doesn’t kill the franchise, but it does reinforce that these films should stick to a modern-day setting. A mid-credits scene suggests otherwise, setting up further expanded origins that no one is likely to clamor for after this botched attempt. 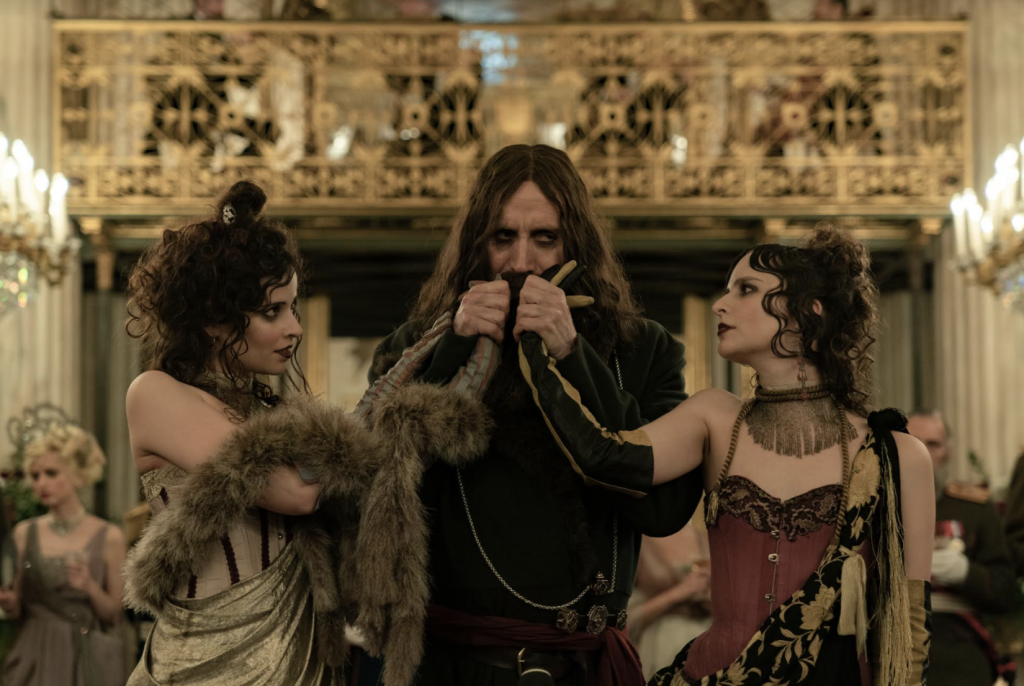 Rasputin in The King’s Man. // Photo by Peter Mountain