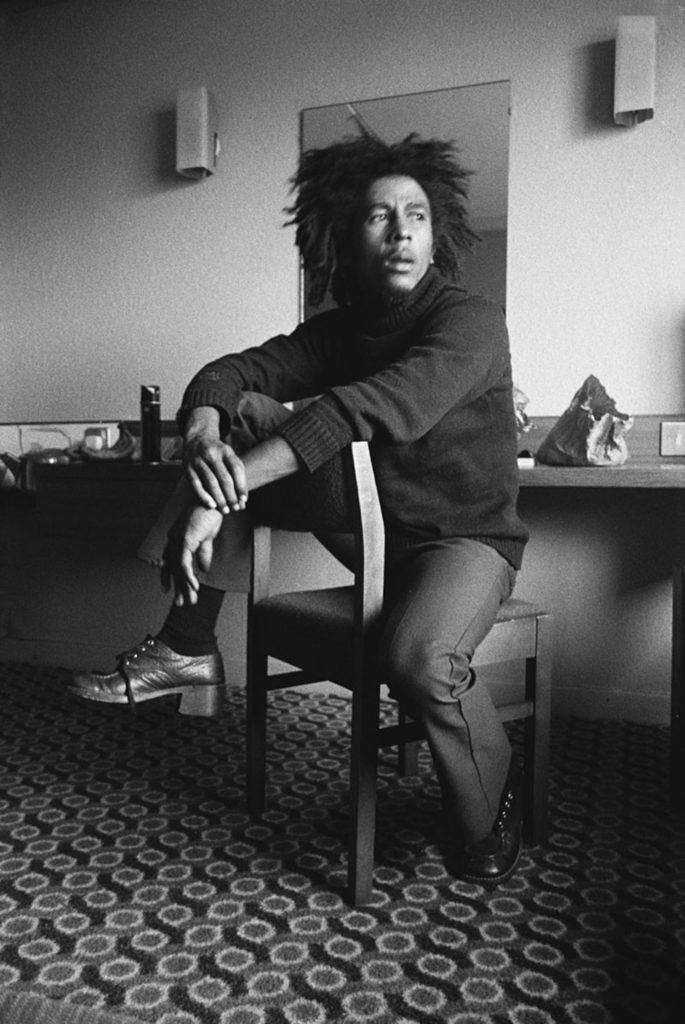 As documentaries on the late reggae revolutionary Bob Marley go (and I’ve seen a couple), Marley is definitely the most comprehensive — almost exhaustingly so. Running at two hours and 24 minutes, the movie leaves no turn unstoned (sorry, but I didn’t start it — the film first hit theaters on April 20, get it?) as it examines Robert Nesta Marley’s journey. I pity the easily distracted stoner who comes in expecting a breezy refresher course on the reggae giant’s life, only to get this heavy-duty seminar.

Director Kevin Macdonald (The Last King of Scotland) includes interviews with all the right people: family, friends, collaborators, business associates, nearly everyone who was ever in Marley’s band. They collectively tell how Marley, son of a black mother and a white father, began his music career by joining with fellow future reggae icons Peter Tosh and Bunny Wailer to form the Wailers. Once Tosh and Wailer left the band, frontman Marley brought in background singers the I-Three (which included his wife and “guardian angel,” Rita). The result was reggae music inspired by his Rastafari way of life, yet influenced by the vital R&B that was beaming from the States.

In audio interviews excerpted here, Marley claims to have no ambitions. But the documentary makes it clear that, throughout his rise as a performer, he wanted to amass a global following, leaving no one out, especially the black audience. At the height of his fame, when he was selling out venues full of white people, he even accepted an offer to open for the Commodores. (One pleasure of Macdonald’s movie is its acknowledgement that it has long been a pain in the ass for black people to introduce other black people to something new and different.)

But his status as both artist and activist also made Marley a target. As political groups began warring in the streets of Jamaica, the singer planned a free concert to ease tension. For his trouble, he was assaulted by unknown gunmen, though he miraculously walked away with minor wounds.

And all this is just the first 90 minutes of Marley’s story, before we get to his self-­imposed exile in England, his support of Afri­cans who were struggling with apartheid, and the tragically shortened later years of his superstardom.

Macdonald, who stepped in after previously attached directors Martin Scorsese and Jonathan Demme bowed out, makes his movie as visually appealing as it is thorough. (He peppers the first half with breathtaking aerial shots of Jamaica at its greenest.) And Marley revels in portraying its subject as an influential, groundbreaking artist whose influence only proliferated after his death. He was the type of musician who continued to perform for thousands even after a venue was hit with tear gas. Macdonald’s movie cele­brates a buffalo soldier who fought all the way to the end.