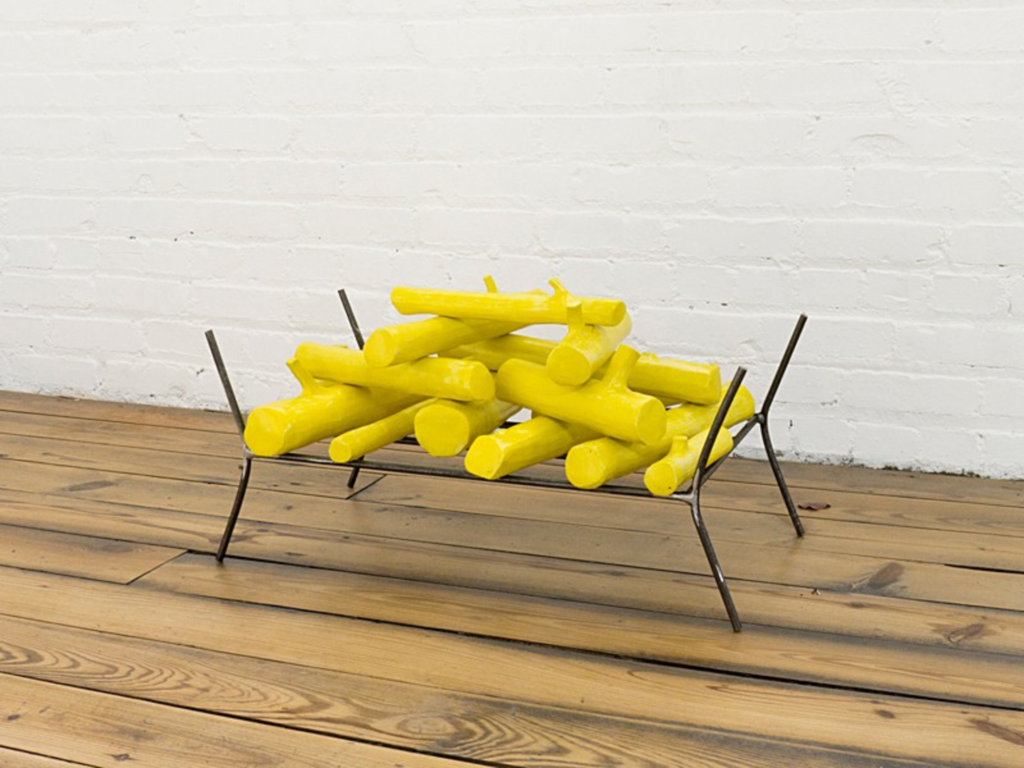 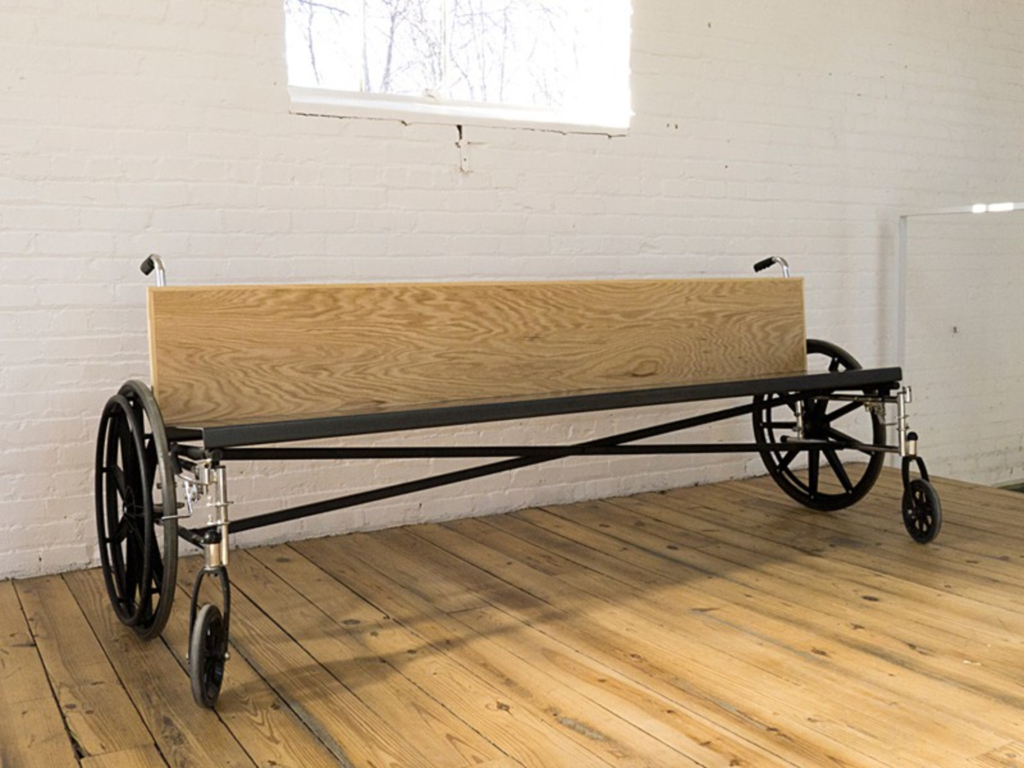 Mark McHenry designs buildings for a living, but you wouldn’t guess that by looking at his six sculptures on display at the Late Show. The exhibition is so solid that it’s difficult to picture McHenry doing anything but making work in a studio. It’s also surprising to learn, then, that those six sculptures make up his entire artistic output.

McHenry has worked as an architect in Kansas City since 1987, but this is his first-ever solo gallery exhibition anywhere. A fall 2011 American Institute of Architects Art by Architects show included one of his sculptures, which caught the eye of Tom Deatherage, Late Show gallerist, through the window of the AIA office. (The architect also makes furniture and musical instruments in his spare time.)

McHenry made these big, abstract sculptures over the past 40 years, assembling much of the work from salvaged, rough-sawn walnut that he and his father purchased at a farm auction in the mid-1970s. The artist-architect incorporates other materials collected from buildings, too, including metal, limestone and rope. He refashions these weathered, reused bits and pieces into sculptures large enough to dominate a room, pieces that would refuse to get lost even in an open, rural landscape.

His sculptures demonstrate many qualities that one would expect from an architect: attention to detail, a sense of scale, a sure control of disparate formal elements, a deep understanding of his materials. The latter shines through in “Sculpture #2,” which suggests a pommel horse in shape. Its hand-carved texture allows the wood’s natural color to appear underneath the darker stain, signaling McHenry’s reference for the salvaged walnut’s natural beauty.

“Sculpture #5” showcases his talent for balanced design, with a configuration that’s both planar and angular. A post connected to a slab of concrete supports a wishbone-shaped form, from which another post rises at a 90-degree angle. Two more posts jut forward from the front of the wishbone as ropes loop in and out of metal rings attached to the pole, securing another form that resembles an upside-down sickle and hammer.

McHenry’s Late Show exhibition is a strong debut from an accomplished artist. Another four decades would be an unfair wait to see more from him.

The five sculptures and single print in Little Rock, Arkansas, artist Layet Johnson’s solo exhibition are ludicrous — which is the point. His entertaining show, Sacred Jests, registers as a series of quick, witty one-liners, starting with the conceptual play in its title’s two loaded words.

Johnson likes paradox, and he finds it by combining contradictory qualities to make his art. The sculpture “Bob Saves” consists of the letters spelling the word slack carved out of marble — complete with a surface texture that appears to include chisel marks — sitting on the gallery floor. But no slacker would choose to make artwork out of such a heavy, expensive, labor-intensive medium.

Some of the sculptures here rob would-be utilitarian objects of their usual jobs. In “Fireplace No. 2” and “Fireplace No. 3,” Johnson places ceramic logs on top of grates created with slender steel cylinders. The clay logs have seen the inside of a kiln that reaches temperatures in the thousands of degrees, but that means they’re useless as fuel. They’ve been fired but won’t burn.

The joke continues in “X,” an altered wheelchair with a seat as long as a church pew. It’s an aid vehicle capable of helping no one, with wheels and handles so far apart that maneuvering the contraption would take two people. With this piece, especially, Johnson suffuses his drollness with futility and disappointment.

“Read Cabinet Like MAD” hits a more specific target. Johnson has taken the fall 2012 issue of Cabinet, a quarterly art and culture magazine, and creased each interior page as though toying with one of Al Jaffee’s classic Mad magazine Fold-Ins, altering the source’s sentences and photos so that they run together in nonsensical ways. An overt reference to a beloved source of juvenile humor, “Cabinet” is also Johnson’s method for subverting information in a magazine that takes itself seriously. It’s an arty gag whose ingredients — setup, punch line, callback — are well-attuned to a form with its own time-honored strictures: the joke.