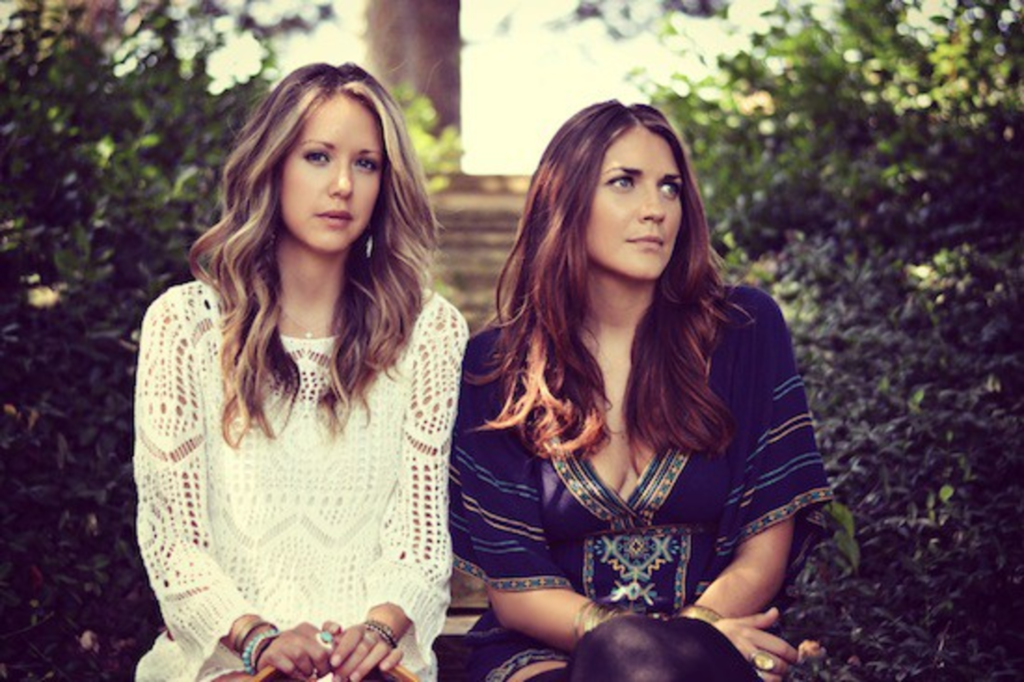 Sisters Maria and Tess Cuevas have been making music together since they were big enough to hold instruments. Call it a family tradition: For a decade, Maria and Tess toured with their grandmother’s Mexican folk band, Mariachi Estrella. When Mariachi Estrella came to an end, the Cuevas sisters took the opportunity to begin a new project.

In 2011, they found blues guitarist Garrett Nordstrom to play for them, and the newly formed Maria the Mexican began discussing content for a debut record. Moon Colored Jade was released earlier this month, and the sisters have a slew of release shows scheduled. We caught up with Tess Cuevas ahead of Maria the Mexican’s local shows this weekend at Knuckleheads Friday, November 1, and at RecordBar Saturday, November 2.

The Pitch: Tell me about the new album. How long has it been in the making?

Tess Cuevas: Well, the first thing that we started with was two years ago… this album has definitely been in the works for a while. We started recording not long after we had formed the band.

I know that you started in music playing with your grandmother in Mariachi Estrella. Is that still going? Are you active with that anymore?

We’re not doing that anymore. Maria Estrella, our grandmother, was essentially the first female mariachi. We probably stopped that about five years ago, just because at that point, my grandmother was in her very late 80s. Now she’s in her 90s. But we’ve taken the music and the vibe and the style and basically combined it. We’re Americana-soul-Mexicana blues.

That’s quite the mouthful.

[Laughs.] Yeah, it was hard to pinpoint what we were gonna say. It’s a style that we believe is new or newer. Everybody asks, you know, “What kind of music do you perform?” And we had to come up with something that was at least a little bit close to what we believed it was.

Moon Colored Jade is such a hybrid record. There are songs like “El Cascabel,” which is sung entirely in Spanish and has kind of an electric mariachi feel, and then there are tracks like the opening “Rock & Sway,” which is straight folk-pop. How did you decide to balance the album this way?

When we originally went into it, we thought the feel of the album would be Southwestern, but throughout the recording process, these new things just kept coming into it. By the time we were done, it was completely different. It’s almost like we each brought to the table something completely different, and usually you’d think that would be hard to do, but we’re really happy with the product as a whole.

Tell me about your upcoming shows. You have a release show on Friday, November 1 – Day of the Dead – booked at Knuckleheads.

Yeah. We’ve always worked very closely with Frank at Knuckleheads, and so with that one we’re going to be painting our faces for Day of the Dead, which will be a lot of fun. The one at RecordBar [on Saturday, November 2] we’re also treating like a CD-release party as well.

I’m curious: You’re in a band with your sister. Do you two ever fight over the music? Ever want to totally kill each other?

[Laughs.] Definitely, yes. Working closely with your sister is really interesting. With Mariachi Estrella, we got used to it at a very young age – when I was 13 and she was 10 or 11. We do disagree, because even though we’re alike, you know, we’re sisters. But it’s second nature to us to work together and be around each other musically. We fight, but within minutes we’ve moved on. Music has kept us very close and it makes it easier.

Maria the Mexican will be performing at Knuckleheads on Friday, November 1, and at RecordBar on Saturday, November 2.