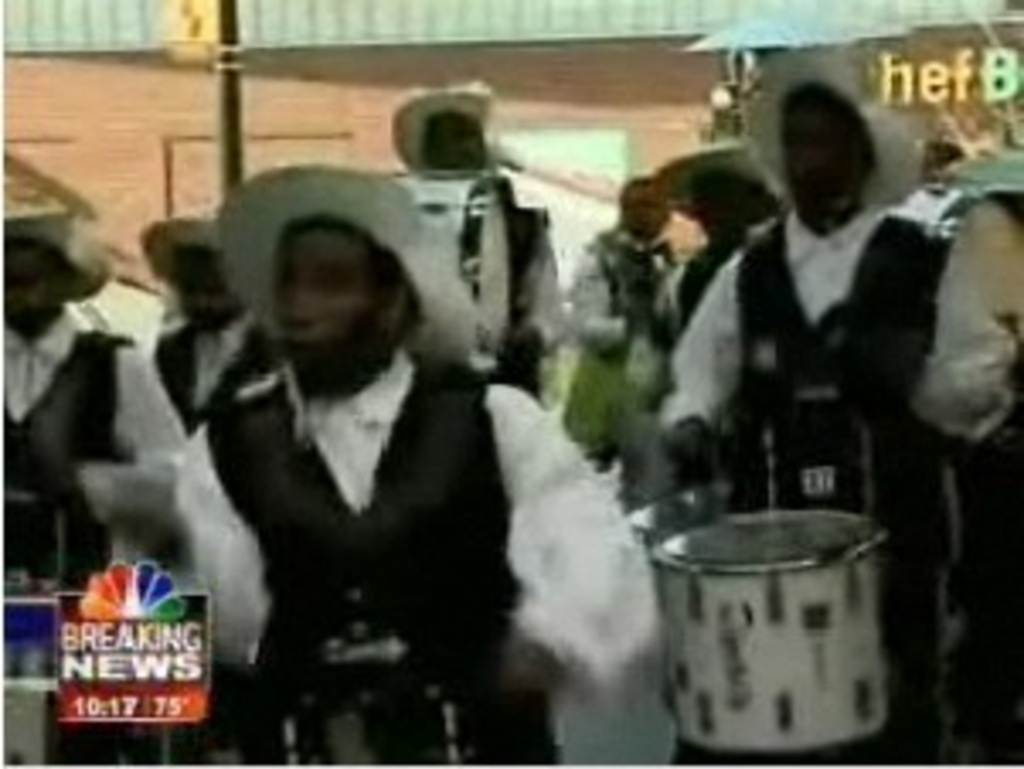 Yesterday at 10 p.m. KSHB-TV ran a report saying that after 40 years, the Marching Cobras might come to an end. As with most local TV news stories, it’s not as bad as the hook makes it sound.

According to the report, which is summed up in this writeup on KSHB’s site, the Cobras need a new building — and they have a few options already lined up. Whew. I mean, right? I know finding a building where the fabulous all-drumming, all-dancing, Pitch Music Awards-storming marching corps can have “shelter, a place to store drums, uniforms and trophies” (as the article reports) is not gonna be easy. But for a minute there, I was worried maybe, like, the econalypse or state school budget cutbacks had something to do with it.

According to the article, in less than three months, the Minor Community Center, where the group practices, is becoming a family center with evening programs, edging the Cobras out. If it comes back to money, Action News doesn’t mention it. I’m sure money would help. If the Marching Cobras had enough, they could freaking build their own building.

But surely someone will step up. The Marching Cobras are a Kansas City institution. Losing them would be like seeing Gates Barbecue go under. Go to KCMarchingCobras.com to find out how you can open your spare wigwam to the Cobs.