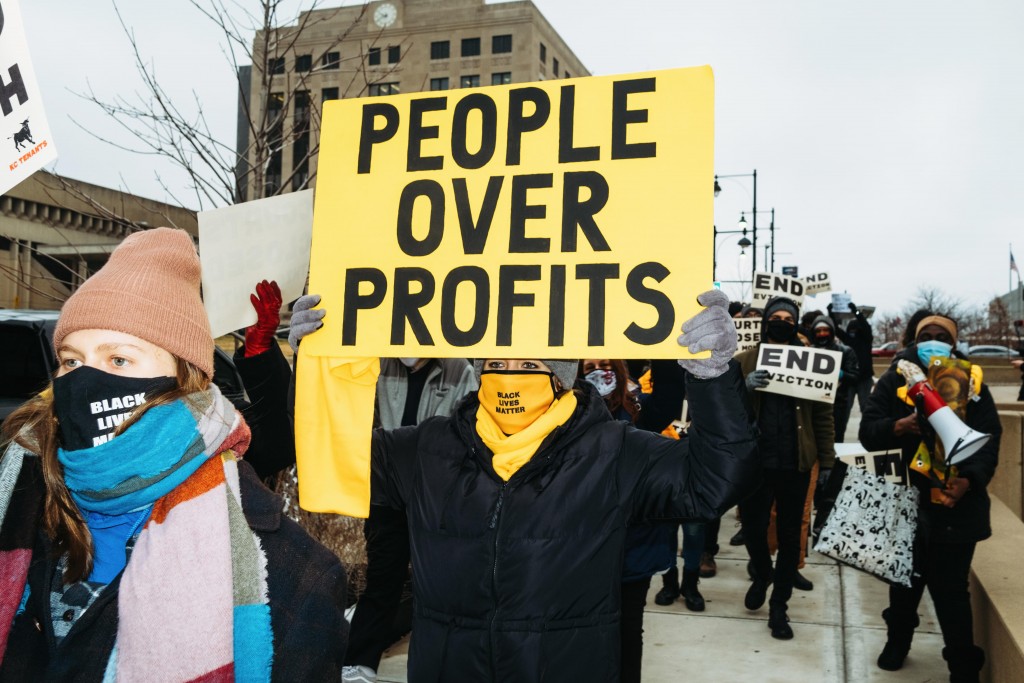 Call us modern, but isn’t it weird to think that landlords can still make cash grabs while simultaneously refusing to meet the minimum when it comes to housing upkeep?

Yesterday, 53 tenants living in properties owned and managed by Matthew McGee and Alex Schifman—landlords in Manheim and other neighborhoods east of Troost Ave.—revealed a list of demands regarding the improvement of their living conditions.

The demands include formal recognition of the new tenants’ union, McGee/Schifman Tenant Union (MSTU), as the primary bargaining unit for tenants living in properties owned by McGee and his investors.

According to a Facebook post from KC Tenants, McGee and Schifman own over 120 rental properties in Kansas City, including those east of Troost from 27th St. to 63rd St. The pair was able to purchase area homes after 2010’s housing crisis, but many of them have not been properly maintained. A map of known McGee-owned KCMO properties can be found here.

“I’ve had the misfortune of living in a McGee-owned property for more than three years. In that time, I dealt with a number of hazardous living conditions including everything from sewage dumping in the crawl space, frozen pipes for multiple weeks during the coldest points in winter, leaking ceilings, rotting insulation being vented from my HVAC, pests, and numerous other issues. After taking my money for the ‘privilege’ of living in his property for three years, he is now displacing me and my neighbors with only 30 days of notice,” says Jonathan Brokaw, MSTU leader.

Feeding the flames of this dumpster fire are the following: reports of rats, black mold, broken appliances, leaks, and dysfunctional heat and AC; the opposite of communication over previous unsafe conditions listed; and retaliation against tenants’ efforts to organize.

“Last winter, I had over $900 in electric bills for a 60 degree apartment. After months of McGee ignoring my emails and calls, I had to take action myself,” says Katherine Hambrick, MSTU leader. “I retrofitted the apartment and received an energy audit. I offered to do repairs on the house myself, and ultimately I reported [McGee] to Healthy Homes. When I finally got ahold of Matt McGee, he said, ‘That’s just how these old apartments are.’ Eight days after his new management company forced me to go month-to-month, they sent me a no-fault eviction notice.”