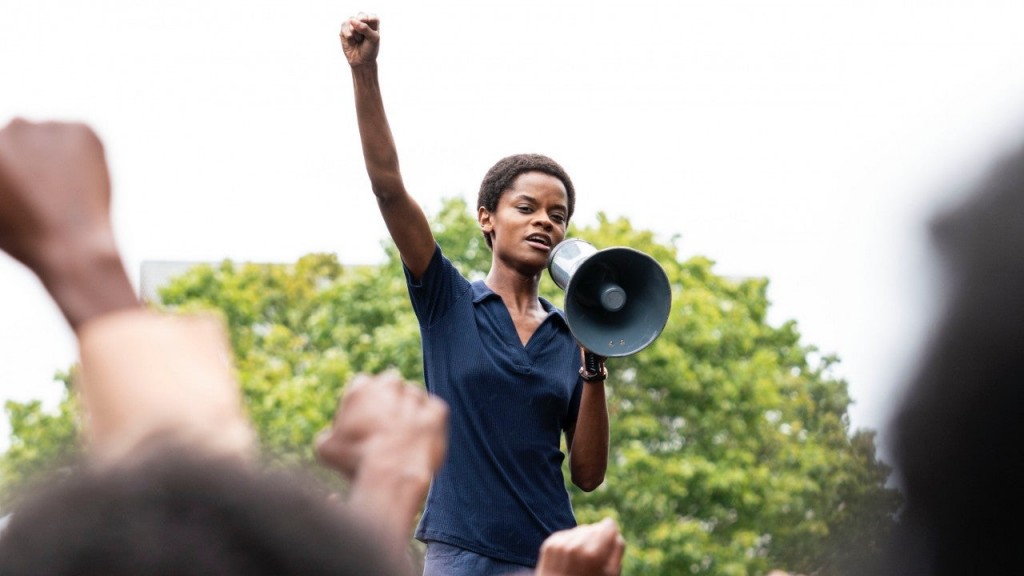 A classic West Indian proverb, popularized by Bob Marley, reads, “If you are the big tree, we are the small axe.”

It’s the inspiration for Steve McQueen’s upcoming Small Axe anthology series, which presents five tales set in London’s West Indian community from the 1960s to 1980s. Although Mangrove was the second of three installments to premiere at 2020’s New York Film Festival, it will act as the series opener when Small Axe premieres on Amazon Prime Video on November 20. And while the first installment to premiere (Lover’s Rock) largely left politics go unspoken in favor of celebrating Black community in the reggae party scene, this entry takes British racial injustice to task by dramatizing the real-life trial of The Mangrove Nine.

The film opens in late-’60s Notting Hill, which is pre-gentrified and largely unrecognizable from the posh, pastel neighborhood that it is today. For the moment, it’s a place where ordinary, working-class people like Trinidadian-born Frank Crichlow (Shaun Parkes) can live and work.

However, Mangrove’s mere existence also attracts several policemen, particularly the loathsome constable Pulley (Sam Spruell). “The thing about the Black man is he’s gotta know his place,” he remarks while watching Mangrove’s opening-night party from afar, “If he oversteps, he’s gotta be nudged back in.”

In response, Pulley and his colleagues begin to conduct a series of violent raids on the restaurant, citing false claims of drugs, gambling, and prostitution. Fed up after nine of these encounters, Frank’s patrons convince him to join them in staging a peaceful demonstration. The 150 marchers chanting “We’ve complained to the police about the police, and nothing’s been done” as they’re swarmed by cops is eerily reminiscent of many recent Black Lives Matter protests, and just one of the ways McQueen uses the film to illustrate that the past is often our present.

As disorder erupts, nine of the activists (dubbed the “Mangrove Nine”) are arrested on grounds of inciting a riot. From there, the story shifts into a courtroom drama, as Frank, Altheia, Darcus, and the other defendants face what initially seem like insurmountable odds — they’re tried in a court normally reserved for major crimes, with a frosty judge who refuses to acknowledge racial prejudice, hostile security guards, and a prosecution who are happy to corroborate the police officers’ false stories.

Unlike most of the other Small Axe installments, which have runtimes of around an hour, Mangrove clocks in at a feature-length runtime of 128 minutes. But thanks to this extra time, viewers have time to immerse themselves in the warm-hued, bustling central restaurant and get a sense of what’s at stake when the Mangrove Nine’s vital community hub is in jeopardy in its latter hour.

While the courtroom scenes may often be maddening, they also let the ensemble cast shine in some of the film’s most stirring moments. The defendants refuse to accept abuse from the historically anti-Black institution that they’re up against, instead choosing to boldly call out the prosecution’s hypocrisy and make impassioned speeches drawing attention to the true racism at play. Wright is the true standout, bringing an incandescent charisma and earnestness to Altheia that’s a joy to watch after her breakout turn in Marvel’s Black Panther.

However, McQueen makes the wise decision of never wavering from Frank, whose indecision over whether or not to take a plea deal drives tensions between the group. His hesitancy (played with wounded restraint by Parkes) to take a radical stand alongside his patrons grounds what could easily be typical glossy, gussied-up historical drama fare (like Aaron Sorkin’s The Trial of the Chicago 7, which bows on Netflix just four days before Mangrove premieres).

The Mangrove Nine’s eventual court victories are quietly thrilling, particularly given how impossible it often seems to challenge entrenched colonialist systems in the present day. “We must become shepherds of our own destiny,” Altheia cries out before the trial, and in watching Mangrove, it’s easy to see why McQueen chose it as an entry point into his spotlight of Black British community, love and activism in an era of landmark civil change. 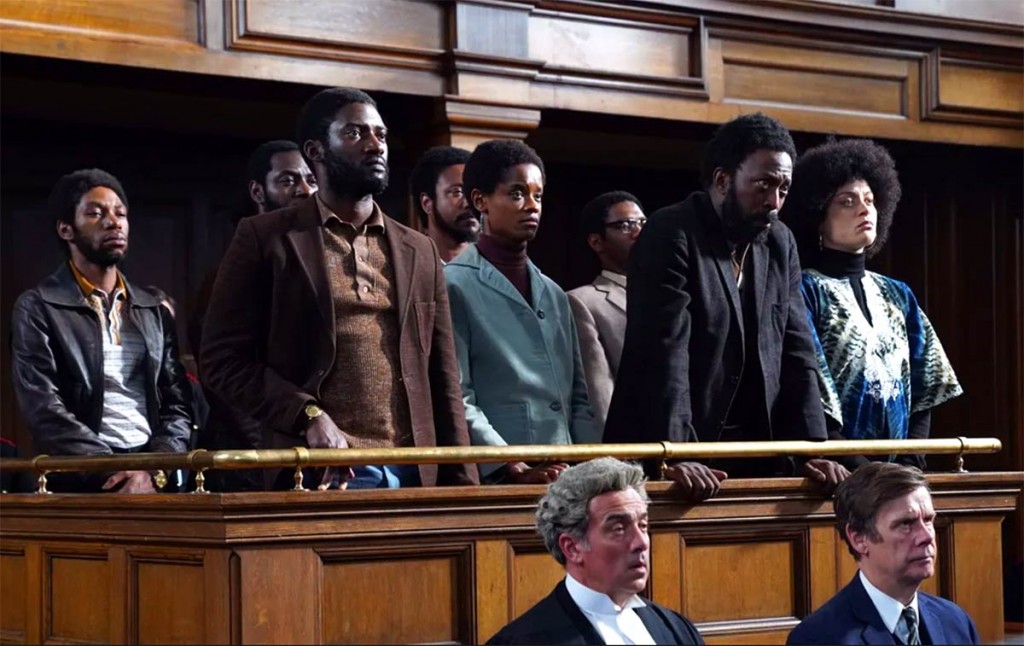