‘Maneater’ takes a big, dumb bite out of summertime boredom 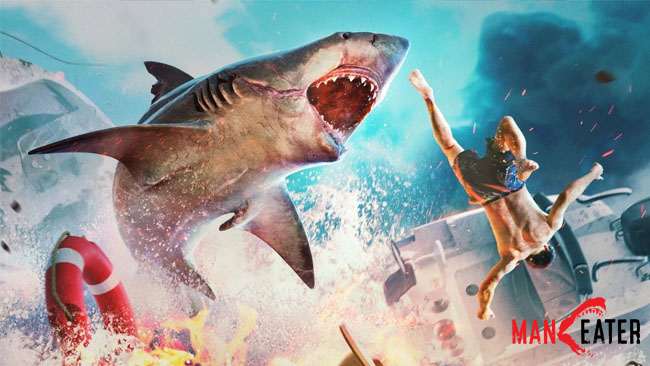 Last weekend, the two highest-grossing movies in the US box office were Jurassic Park and Jaws. Everyone wants a big summertime dumb blockbuster action film, but all the new studio movies have been pushed back months due to coronavirus concerns. So we’re turning to the past.

A delightful bit that snuck through into the future is the new video game “Maneater”, wherein you play a gigantic shark that eats men. It is Jaws if you were personally cheering for and controlling Mr. Jaws.

I’m sure it sounds stupid. That’s because it is.

Games in recent years have attempted to one-up themselves in terms of scale and seriousness, leaving the bite-sized fun titles to smaller indie developers. It’s odd to see something that pops-up in the middle. Consider the difference between a Marvel movie and indie films, and then some kind of direct-to-VOD action film. That’s what we’re dealing with here. The B-movie of video games.

I don’t often write about games at this site, because there are plenty of other places where the discerning gamer can find better, deeper introspection on the medium and its concepts. I’m sharing this one because “Maneater” was somehow the exact perfect outlet for me in the last two weeks. 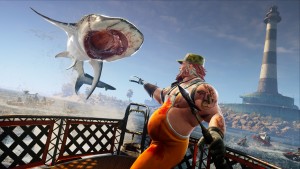 During quarantine, I’ve aforementioned that my ability to concentrate on media or appreciate art has been all but obliterated. Every movie on my Must Watch list has fallen by the wayside, in favor of absolutely shit reality dating TV shows; the likes of which I would have never previously tolerated for a moment. Yet this is where I’ve existed. This has been the limit of my ability to connect with entertainment.

Despite production having started years ago, and therefore the team having no idea what they’d be releasing into, this is the perfect quarantine game for me. As opposed to much more involved AAA titles that require me to coordinate 18 buttons and stay atop Quicktime Events at all times, “Maneater” is a much different beast. No pun intend. I press one button to move forward and another button to smash my mouth at things. It’s one of the least attention requisite titles I’ve ever played. I had a delightful time playing at one point, half-paying attention while talking to my grandmother on my phone. It was fun, I died a few times, nothing mattered, it was fun.

It is the perfect quarantine game. Big and stupid while requiring the smallest level of investment. It has been, for me, the perfect background that requires just a little more of me than zoning out in front of shit reality TV.

Playing as a shark who eats various fish and people isn’t without purpose. It’s an RPG: meaning that the more you consume, the more points you acquire towards evolving into something more dangerous. But not just dangerous: ridiculous. Within the first hour of playing, I became a shark that could fly through the air and destroy my enemies with blasts of lightning energy.

The game is basically a low-level cocaine amount of dopamine, shot directly into your cranium, as you inflict chaos upon assorted beach communities and their unsuspecting beach-goers.

So many of the elements of the game build from here, including bounty hunters that track you through the wastelands, various Florida-ish communities, and sea-monsters of all shapes and sizes. It’s a world that seems set to destroy you, and sooner than you might expect, you’re an ungodly monster full of super-powers that wreaks havoc on any creature that once threatened you. It’s a delightful six to eightish hours in total of pretending to be nature’s most perfect killing machine.

(Of quick note, the entirety of the game is narrated by Chris Parnell; know as “30 Rock’s” Dr. Spaceman or “Rick and Morty’s” Jerry. Despite being a loop of goofy lines, they never wear out their welcome, which is nearly impossible to achieve in a comedy-adjacent action game. In some ways, this is the game’s greatest triumph.)

Ahead of the holiday weekend, if you’re looking for a piece of entertainment to replace the spectacle and destruction of what you might have seen in the cinema any other year, I highly recommend you invest a few bucks in the mid-range delight of “Maneater” and all of its…. man… eating.