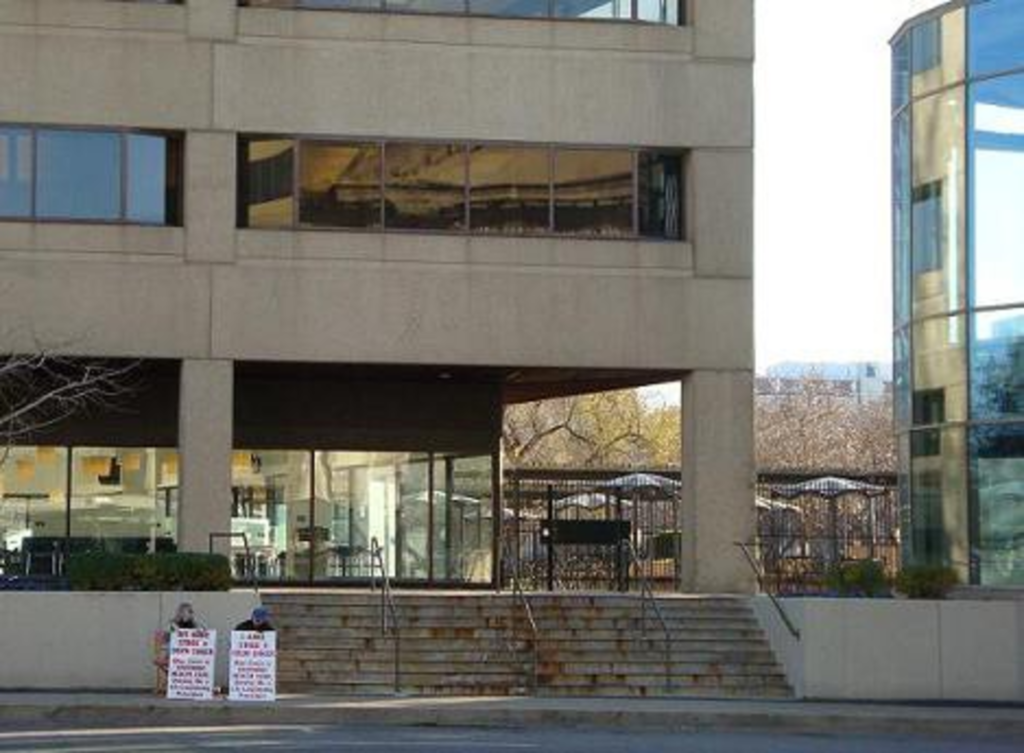 A couple of people were hanging out with signs in front of the Blue Cross Blue Shield building near Main and Pershing Road this morning. It was a pretty unusual sight.

And up close, the signs turned out to be incredibly sad. 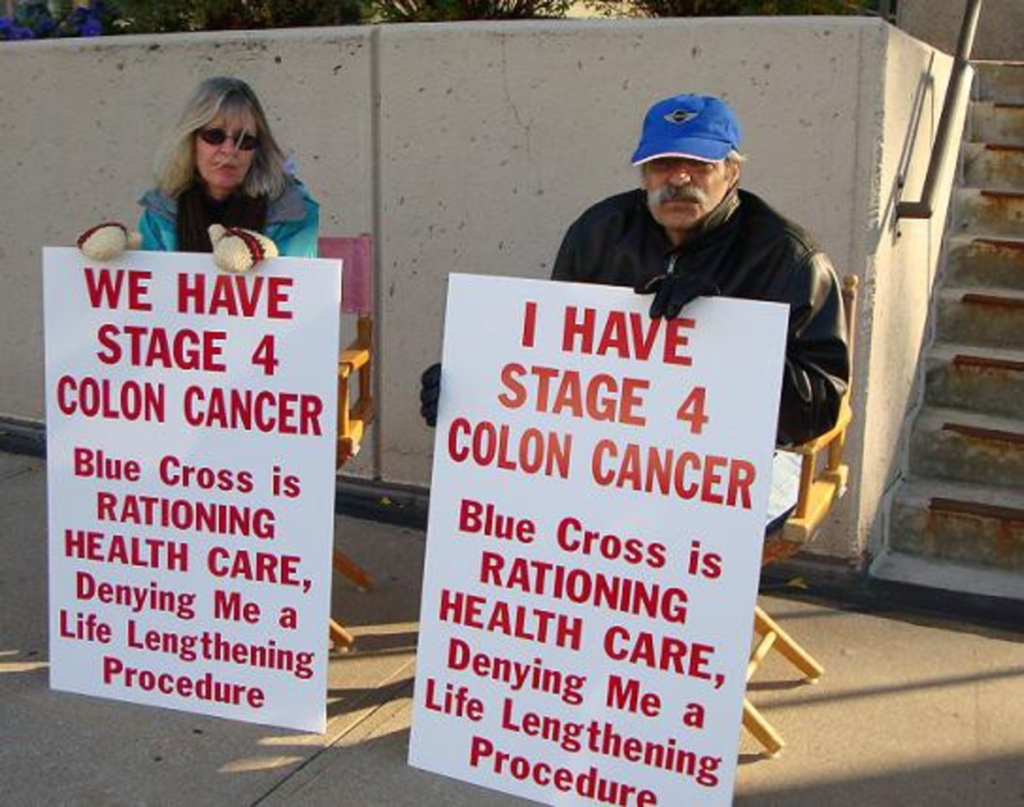 Vic Wolf, of Mission, says he’s had eight surgeries in 12 months to treat his colon cancer. He also has four tumors in the left lobe of his liver. In July, he says, his radiologists and oncologists recommended treating the liver tumors with TheraSphere, radiolabeled glass beads that, as Wolf puts it, “explode the tumor from within.” (The National Institutes of Health says this “may be an effective treatment for liver cancer that cannot be removed by surgery.”)

And, yep, Blue Cross won’t pay for the treatment, he says.

“They say it’s an experimental procedure, but they’ve done it in other states. They also approved it for another patient in Kansas this year — but they had to get the Kansas Insurance Department involved.” (That patient blogged about her experiences here.)

“I pay Blue Cross $1,200 a month for my wife and myself, and then they deny us benefits,” Wolf says.