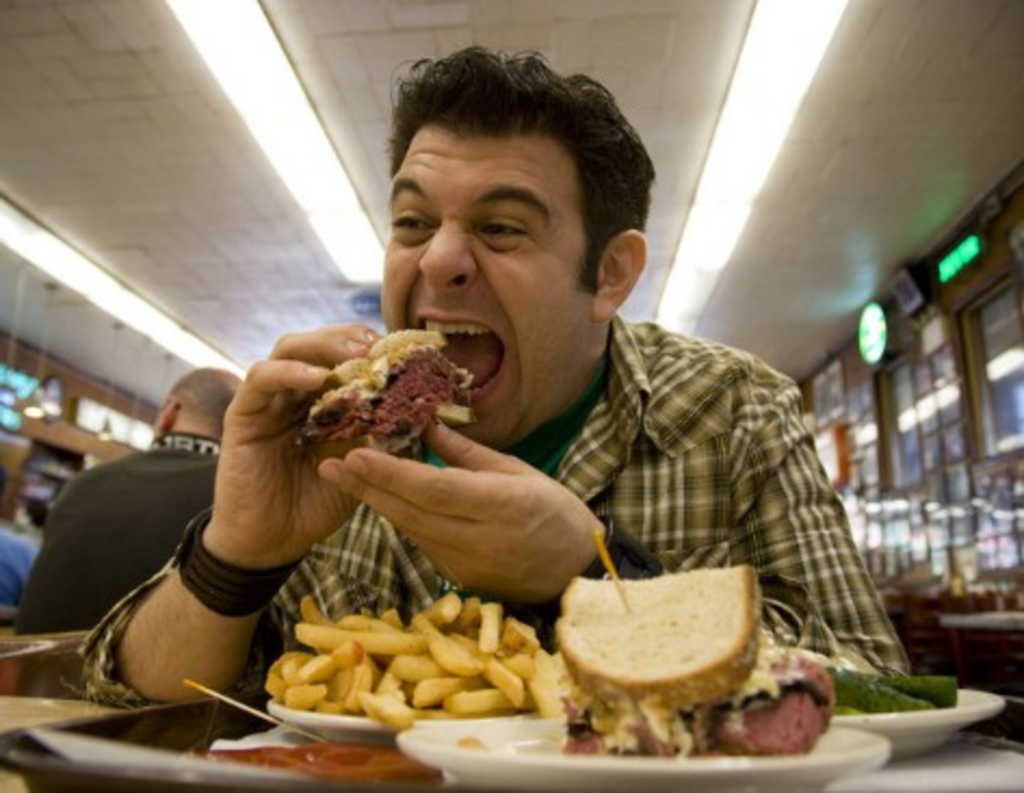 It’s hard not to like Adam Richman, an everyman who takes on an eating challenge in every episode of the Travel Channel’s Man v. Food. He isn’t a competitive eater, just a food show host who happens to be astonishingly good at meeting the biggest eating challenge in a given city.

And yet it’s easy to dismiss the travelogue/food show because of the oversized eating hook. Richman talked about this on The Johnny Dare Morning Show on 98.9 FM back on September 2.

“There’s great, great food in Kansas,” said Richman, who hadn’t heard of the Bacon Explosion but tried to make it clear that oversized foods are not what the show is meant to be about: