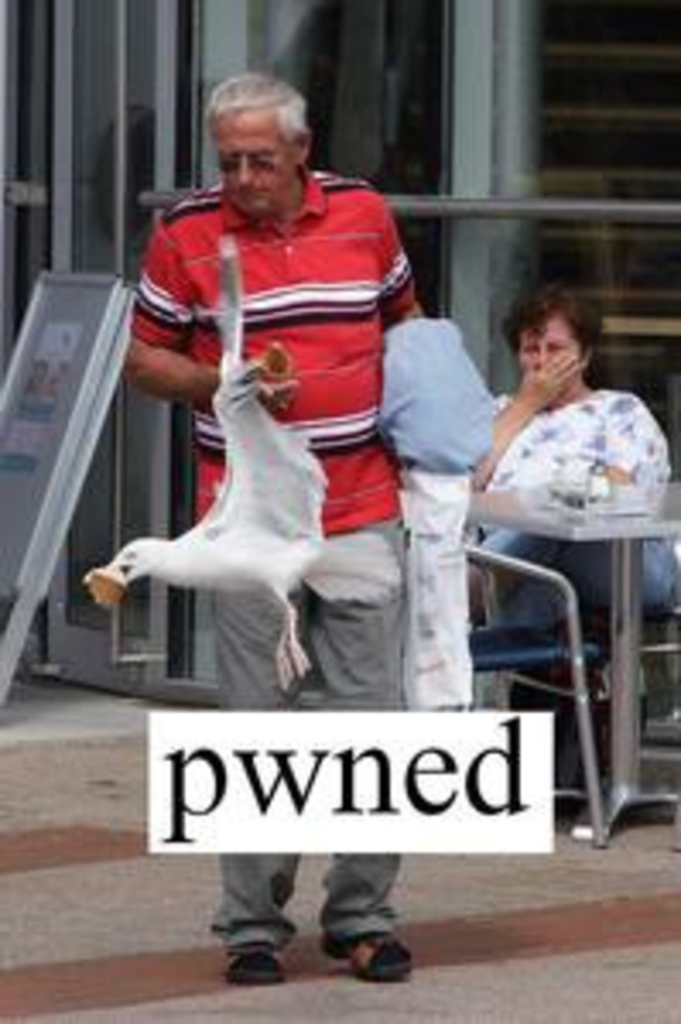 If you’ve ever wondered why the rest of the country views us as America’s C student, this story should help.

Kansas City man Dragan Djuric and his wife were visiting Laguna Beach on New Year’s Eve. The couple got some ice cream, and seagulls attacked them and attempted to steal said ice cream. At least that’s what Djuric claims.

His primal fight-or-flight instincts took over, and he beat one seagull to death with a stick and wounded another. Fucked with the wrong tourist, didn’t you, you feathered bastard?

We’d like to say Djuric is a freedom-fighter who finally struck a blow against the systematic oppression of man by beaks — from ice cream theft to avian flu. We can not stress enough how much bird ass he kicked. It wasn’t even close. Unfortunately, it turns out the seagull was a rare breed, and Djuric now faces animal cruelty charges. Whoops!

Money quote from the story: “He was very upset about spending money for ice cream that he didn’t get to consume,” said Sgt. Jason Kravetz of the Laguna Beach Police Department.

Check out this video in which a CBS reporter reenacts the Djuric’s heroic self-defense. — Peter Rugg