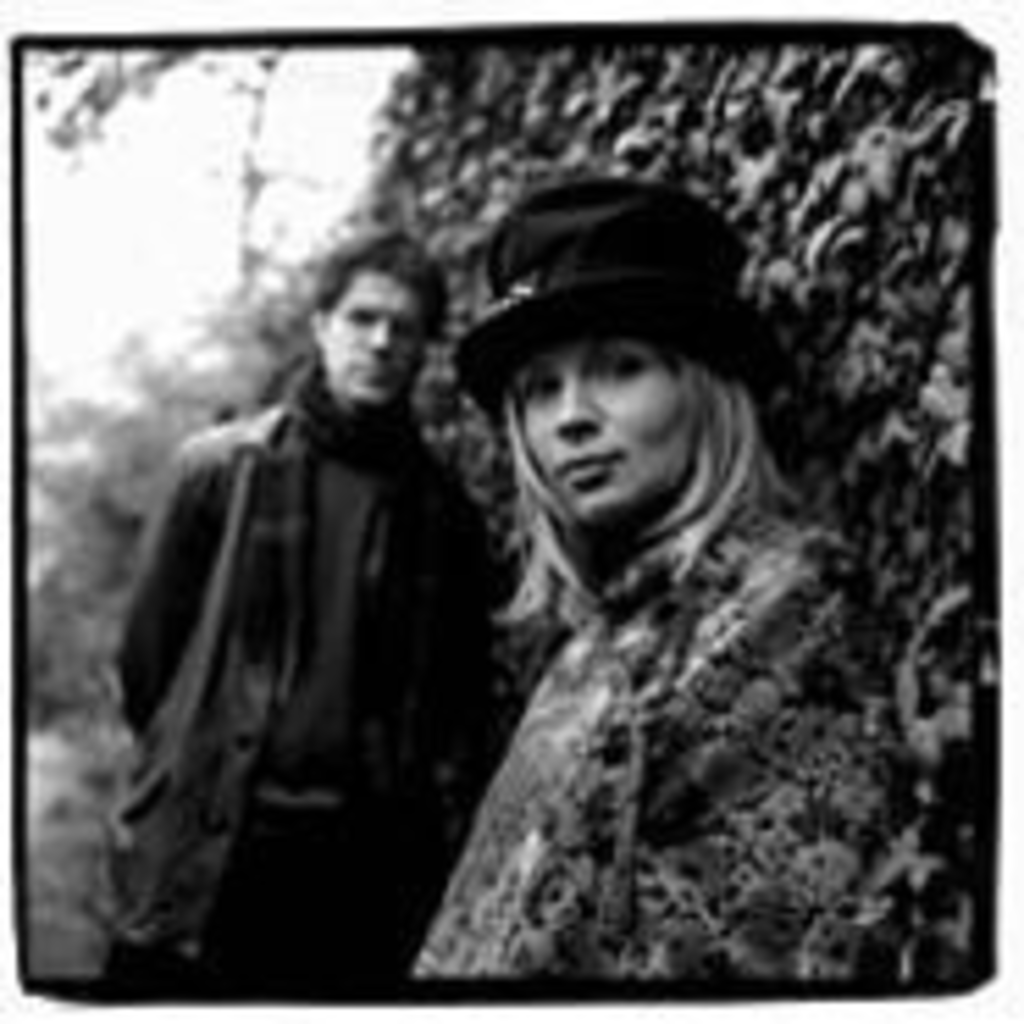 On the last song of Over the Rhine‘s affecting new disc, Films for Radio, the eerily quiet “When I Go,” singer Karin Berqquist asks, Will it make a difference when I go? The other half of Over the Rhine, multi-instrumentalist Linford Detweiler, admits that a few months after Berqquist — his wife — wrote the song, “I asked her if I should be worried.” But Berqquist explained that her lyric is less literal than it sounds, and Detweiler satisfied himself further by remembering that his own goal as a songwriter has been “to write for characters other than myself and find voices for other people — people who may or may not be me.”

That desire to project their introspections onto a broad screen inspired the album’s title as well as its sound. Detweiler’s liner notes refer to plots and a cast of characters, and the list of recording locations, engineers, photographers and supporters is titled “Roll the Credits.” “I think the record can be summarized with the line from the first song [‘The World Can Wait’],” Detweiler says by telephone from his and Berqquist’s home. “It says Roll the movie of my life inside my head. All these first-person narrators on the disc are asking the same question: How do I live a life worth remembering? They’re discovering that they’re writing a story with their lives, and they want to know how to make those lives true stories. It’s the idea that you’re both protagonist and antagonist in your story.” This conceit finds expression in other songs, other choruses: If nothing else I can dream from “If Nothing Else,” and the haikulike plaint “The Body Is a Stairway of Skin,” with its plea to shake forbidden fruit from the tree.

Detweiler’s use of loops and strings gives Films a sweeping, dramatic energy new to an outfit best known until now as the sonic and touring complement to the Cowboy Junkies. (That group’s Michael Timmins adds electric guitar to “When I Go.”) In particular, the disc is a contrast to the group’s 1996 album, Good Dog Bad Dog, which the duo recorded during a set of personal crises that threatened their career. Good Dog didn’t see proper distribution until last year, when Over the Rhine (the name comes from a neighborhood in their native Cincinnati, the city Detweiler and Berqquist still call home) signed to Virgin’s new Back Porch imprint. In the meantime, the pair sold copies of Good Dog at shows, eventually going through 25,000 (or about a quarter of what, say, last year’s critically acclaimed Flaming Lips album sold on Warner Bros.). And the period that began with the death of Berqquist’s father and included her and Detweiler’s wedding and painful questions about whether they should carry on as touring musicians climaxed when the Cowboy Junkies took note of them, rescuing them from self-doubt.

“Talk about figuring your life out through music,” Detweiler begins. “That record was so close to the bone. We went ahead and put it out ourselves because we kept coming back to those songs. They seemed to be very healing. The minute we put it out, our lives began to change. It quickly outsold everything IRS [the group’s now-defunct first label] had put out, and we got some fantastic opportunities. Other musicians contacted us to express appreciation, and a lot of emerging bands, I hear, play the songs live.”

Playing the bulk of Films live might be harder for Detweiler and Berqquist, who recorded their latest disc with thicker arrangements and tougher percussion. Having already determined that their follow-up to Good Dog should avoid duplicating the previous album’s sound, the pair was asked by NBC to listen to a demo for Dido’s song “Give Me Strength” and add Berqquist’s vocals to an instrumental track recorded by Dido’s writing partner, Pascal Gabriel. (The liner notes continue the movie metaphor by referring to the recorded-in-England backing track as “a foreign film.”) The song wound up gracing NBC’s rescue workers-in-peril drama Third Watch last fall, where it attracted enough attention from viewers who e-mailed the network to put it on the album. Indeed, Berqquist’s voice is a more accomplished instrument than Dido’s, and if the song helped lead Over the Rhine in the sonic direction Films eventually took, it turns out to have been the right way.

“We’ve made some sparse records,” Detweiler says. “And it would have been easy to make another album that sounded like Good Dog. But I never want to be accused of making the same album twice, and even though those songs were very simple, they were really connected to our souls. We were dealing with a lot of change. Hard things were happening.”

With a smoother ride following Good Dog‘s eventual success, Detweiler and Berqquist decided to get out their copies of Pet Sounds and Abbey Road in advance of making a disc “that used a bigger palette of sounds,” Detweiler says. “We wanted to make a juicy, left-of-center, literate pop album.”

Detweiler, who recalls with nostalgia the seeming extravagance of his first $300 microphone, still prefers to record in the attic of the couple’s Victorian home. (The house is 110 years old; their piano is 100 years old; the poor bastards who moved the piano to the attic probably felt 90 years old when they were done.) “I’m not a geek when it comes to gear,” Detweiler says. “We keep our ears open for what engineers are talking about, and we’re in a place now where we can try stuff out before we buy it. But we still go to flea markets and get vintage stuff. You learn to accept that the quirks of older equipment are what give them distinct personalities. Our Hammond organ is 40 years old.”

Detweiler says that he and Berqquist prefer recording at home to waiting on label support or saving up money for pro studios. But at a time when most American couples can’t even agree on home furnishings, Detweiler acknowledges that sharing home, musical ideas and career is not without creative tension. “Karin and I worked in Over the Rhine for six or seven years before we were married,” Detweiler explains. “I can’t speak for married musicians in general, but in our case, we started out putting our music first before becoming involved. Things can’t evolve in that direction unless the working relationship is very good. And she’s a wonderful writing partner.”

In fact, it’s likely that a couple able to ask questions such as “will it make a difference when I go?” in a song rather than over dinner stands a better-than-average chance for lasting. Detweiler laughs politely at the idea that the couple’s nonmusician friends must wonder how they do it, and at the question of whether he and Berqquist ask the same thing about those friends, who must operate without the ability to communicate through an art form. “I never really thought of it,” he says, “but that’s probably true.

“To back up a little bit,” Detweiler continues, “I’ll say that music is inevitably rewarding and eye-opening. Looking back over the seventy or eighty songs over the past ten years, I guess I’ve been scratching away at an autobiography, a story about what I care about through music.” As more people discover Over the Rhine, Detweiler and Berqquist are finding that the movie of their lives has an audience.