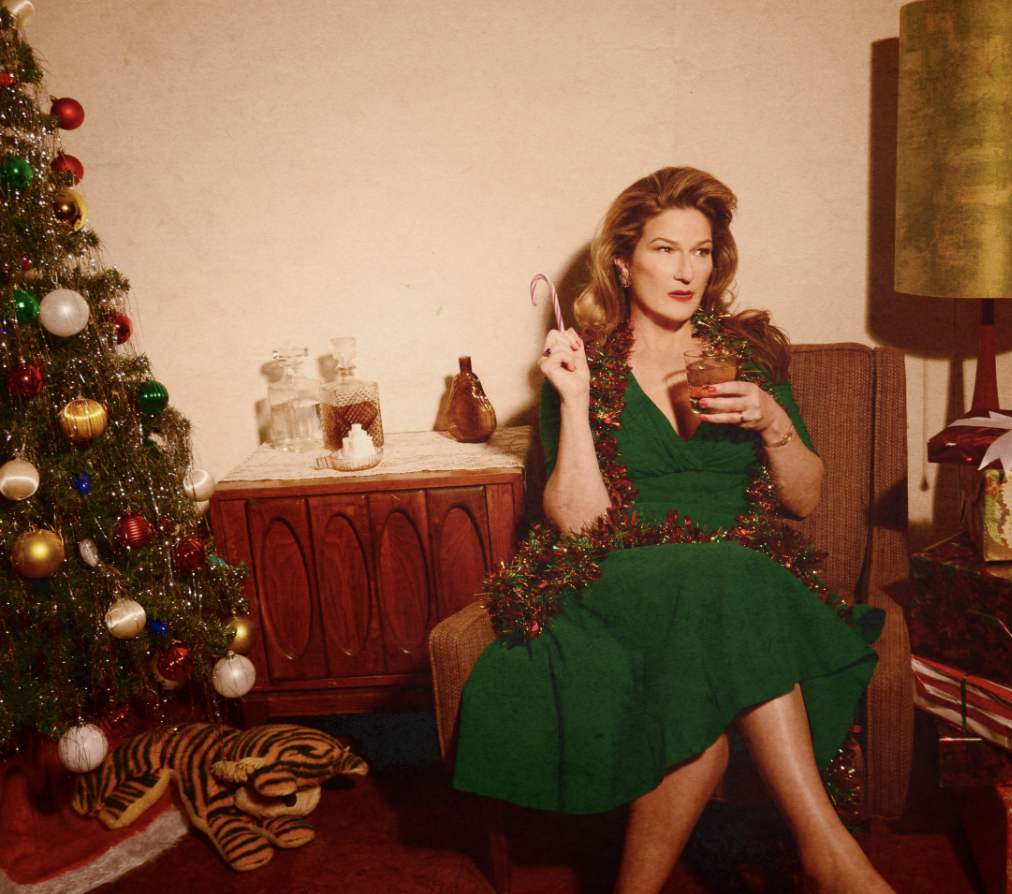 In addition to her iconic work as an actor on Saturday Night Live, Gasteyer has starred in multiple Broadway and televised musicals, including playing Elphaba in Wicked. (Kids, you may have also spied her Principal McGee in FOX’s live broadcast of the iconic musical Grease.)

Now, the versatile musician is hitting the road with her new show, Sugar & Booze Holiday Tour. With plenty of classic favorites (and a few irreverent original tunes), the show pays homage to the big-band era—but is rife with Gasteyer’s modern, comedic touch. “Sugar & Booze” is also the follow-up to her critically acclaimed debut album, “I’m Hip.”

We caught up with Gasteyer to dish on her upcoming show on December 5, the fact she’s never been to KC, and what it’s like to be one of SNL’s most celebrated alums.

You can act, you can sing. Please tell me you can dance. I want to know you’re a triple threat.

I don’t dance, but I move well. [laughs] I took a lot of dance lessons, but I get very panicky about choreography. My biggest nightmare is ‘Dancing With the Stars.’ I think about it all the time and how terrifying it would be to learn all that choreography. That ship has sailed. I have done my time. I did my ‘Masked Singer’ reality-ness and that’s it.

What was the genesis of your holiday show Sugar & Booze, dear? Also, you had me at sugar. Also, booze.

So glad to hear it. That’s what you call a double threat. Not everybody knows, but I both sing and act and have had two separate careers for a very long time. One where I sang in shows and one where I did comedy—and the two never met.

For a long time, I’d go out on the road with a band. And it was all good-time stuff, none of it was party-party or pretentious or over the top. The niche I found and felt the most comfortable with was this kind of late 1950s/early 1960s supper club vibe. I’m a very throwback-y performer and I like old-fashioned arrangements with big horn sections.

(The show) automatically lends itself to the holidays—a throwback vibe and rooted in traditions. All my favorite music is right out of that era, what we visit every year—a hip, swingin’ vibe. It felt like a natural fit. I wanted to do a holiday album because I’m a festive person who likes tradition. I like drinking and eating and that’s the one time of a year when you can let ‘er rip.

There’s gotta be one particular song in the show that brings the house down. What is it—or does it depend on the city that you’re in?

It kind of depends on the city, but people love ‘Sugar & Booze.’ When I wrote the song and we were on tour and I tried it out, people responded to it. They definitely get excited by it. They also get excited by new material like, ‘Nothing Rhymes With Christmas.’

And, of course, the holiday favorites. It’s a party show, a fun show, an old-fashioned, throwback show. It’s about getting in the holiday spirit.

You’ve never been to Kansas City? You know Jason Sudeikis and Heidi Gardner are both from here. So, I feel like you’re in good company.

I should hope so. That’s awesome. There are a lot of funny people there. [laughs] I know there’s barbecue and jazz and two states and everything is up to date. I know all the basics.

Your show has been called jolly and naughty—was that by design?

Ohhhh, myyyy. I don’t know who said that. No, I’m a late night performer and this is a very easy-going, Christmas party show. I’m not going out of my way to offend anybody or be raunchy, but I’m also not going to rate it ‘G.’ It’s festive and merry and all the things. My preferred venues are places where people can drink when I’m singing.

I’m putting you on the spot. Do you have an all-time favorite SNL skit you were in? Fact—I cannot see any Celine Dion interview without immediately thinking of you.

That’s so nice. She was incredible and so generous and so lovely the whole time. I’m a collaborator by nature—which is why I travel with a band and not just a piano. So, for me, I’d probably say the more of the middle school music teachers I did with Will Ferrell or the NPR ‘Schweddy Balls’ talk show host I did with Molly Shannon. I liked things I could write with other people. That’s my most comfortable state.

Oooh, and speaking of—you’ve teamed up with fellow SNL alum Rachel Dratch to write and star in A CLÜSTERFÜNKE CHRISTMAS which debuts December 4 on Comedy Central. Tell me more.

It’s a parody of all the Hallmark movies. Again, anything I can write and laugh and have a good time when I perform with another person is my favorite. (The movie) is really ridiculous. We basically set out to make the most ultimate, most Christmas-iest, Hallmark-iest TV movie ever. We had a really good time writing it.

What is one thing people absolutely, positively do not know about you?

Oh, gosh. I don’t know. I don’t know what people know anymore with the internet. People are still surprised—to be honest—that I sing. And a lot of people are always surprised when I whip out a violin. (You play the violin?! What?!) See, there you go. I mean, I’m not very good, but I’ve employed it. When you do a nightclub act, you kinda just pull out whatever bell or whistle you have in your back pocket. Many times a violin has shown up at my show.

I also studied a little bit of fiddling over the pandemic. That was my weird pandemic thing. I grew up with classical. It’s so fun.

Do you have a Christmas tradition that’s your jam?
We try to go and see The Nutcracker everywhere we can. It’s really fun to see different productions—because there’s a million of them. And everybody has their own spin on it. We always watch It’s A Wonderful Life. And we watch A Christmas Story because I did the live version on FOX of that—and my kids love it.

We tend to lean in. It’s a time of year you can soften for a second. We live crazy lives and it’s a nice week each year to take stock, sit quietly, drink too much, have a good time, and connect with people—and that’s important. I value the tradition of it.