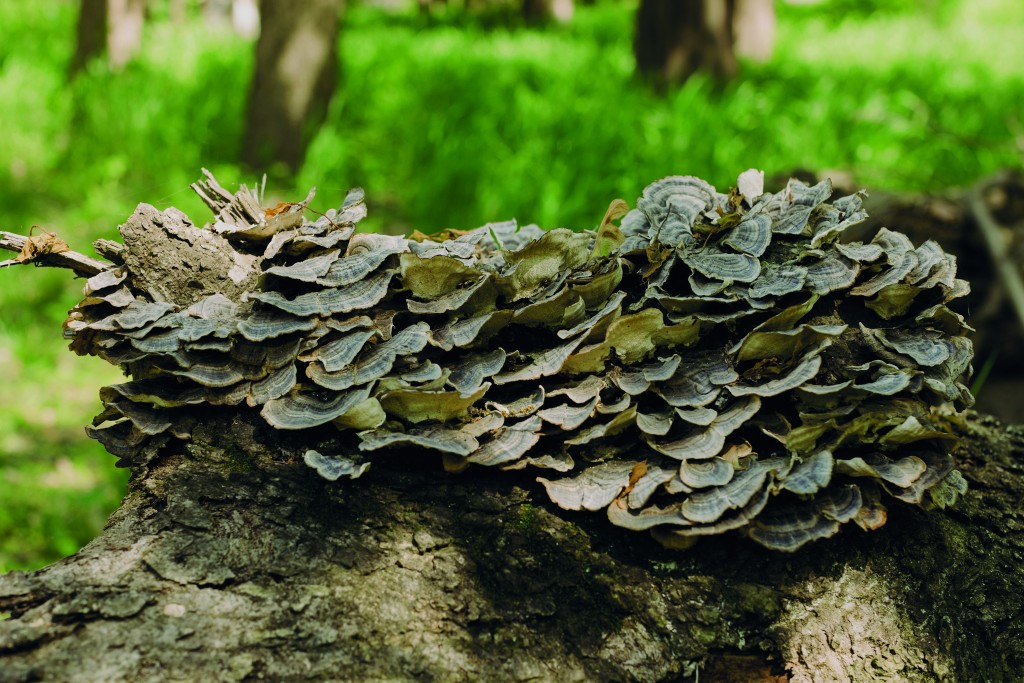 Mushrooms off a trail at Swope Park. // Photo by Chase Castor

For people who think of spring as morel-hunting season, that time of year is filled with excitement, one or two really great meals, muddy shoes, and dashed hopes. Balancing those components takes practice and a philosophical mindset that can prove as elusive as the fungi themselves.

That jumble of mud, hopelessness, and good cooking deserves some unpacking and thoughtful reflection at its conclusion. And it’s really not so hard to sort out if you’ve been around the block—or forest—several times as Maxine Stone has.

Part of the season’s charm is nature’s limited-time offer on the morel. And while it’s true that morel season only lasts about four weeks, Stone, past president of the Missouri Mycological Society and author of Missouri’s Wild Mushrooms, can respect that without quite buying into the allure.

“There are some people in Missouri who think that’s the only mushroom there is. I hunt morels—that’s not my first choice,” Stone says. “Everybody hunts morels, but there are so many other good edible mushrooms.” 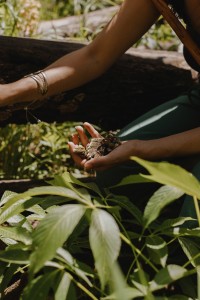 Mushrooms off a trail at Swope Park. // Photo by Chase Castor

But the trouble with those three—at least among the throngs who hit the trails just once a year—is that they’re not as hard to find. They don’t famously glue people to their weather apps, get them up early, or cause endless discussion of methodology.

Those three mushrooms have never been an ice cream flavor at Betty Rae’s.

They’re also not what hooked artist and vegetable fermenter Laurena Roytberg on mushrooms, prompting what can be described as the development of a new spiritual attitude toward nature.

“[Mushrooms] are very intelligent beings to me. I don’t know if you knew this, but they breathe oxygen and release carbon dioxide just like us,” Roytberg says. “Their kingdom is closer to ours than a plant kingdom, and their network is so vast and so connected, and it kind of mimics the connection of humans and the connection of the internet to me.”

The first time she went morel hunting a few years ago, she didn’t find anything for so long that she grew frustrated and gave up—a common experience, she says. But within 10 minutes of quitting, she began to see them all around her.

Ever since, she’s taken a different approach. 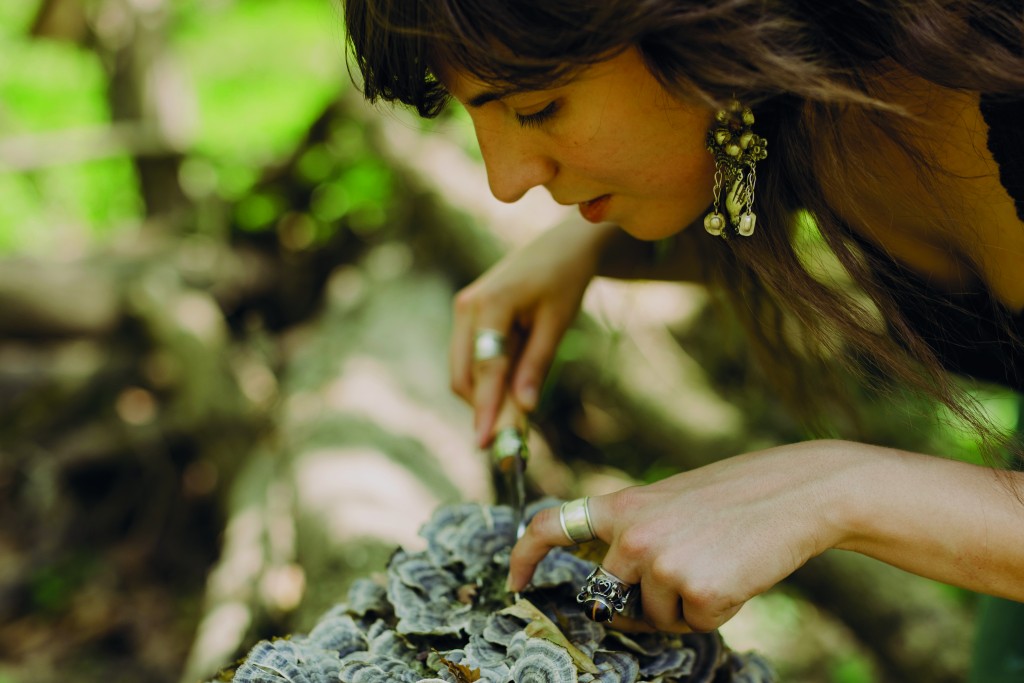 “I really try to quiet myself and just listen and really tap into the psychedelic space of the forest itself. And it’s so hard to put words to it, because it’s so intuitional, and it’s all based on feeling, and I just follow those feelings, and almost, like, pray as I’m doing it, and just give respect to the land that I’m on,” Roytberg says.

She explains “psychedelic space” as the optical illusions caused by an overwhelming amount of visual input in a forest. She says she’s so focused on the unusual shape and texture of the morel that she’ll start to see them everywhere, while simultaneously experiencing them as completely camouflaged.

During one of these trips, an older mushroom hunter offered her some advice: scan a small area of slightly elevated ground. She’s remembered that because she and most other people tend to look down, not up or out.

But there are a lot of ways to go about it.

Kansas mushroom enthusiast Russ Davenport is a member of the Kaw Valley Mycological Society and generally looks down on his forays into the Flint Hill Wildlife Refuge. He uses his backpack, not intuition or higher ground.

Once he’s satisfied, he walks slowly back to his bag and often finds a few more.

What’s great, he says, is that the more people hunt them, the more there are, because many morel-lovers use mesh bags that allow the spores to drop from the mushrooms they’ve already picked.

And that reproductive strategy is really useful to any mushroom, morel or otherwise. Mushroom expert Stone says that the fungus’ real job is decomposition.

“They’re doing their job, which isn’t really to feed us, even though some of them are delicious. Their job is to decompose wood, basically,” she says. 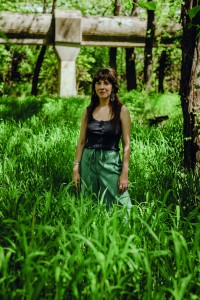 Laurena Roythberg considers it magic when she comes across a mushroom, like a gift from the universe. // Photo by Chase Castor

Mushrooms need a massive below-ground network called mycelium to locate everything that needs to be broken down. Stone says, “That’s the real fungi, that’s the real mushroom happening under the ground.”

What people get all excited about, and rightfully so, is more like an apple on a branch. Her tip for finding mushrooms is not about looking down, looking up, intuiting, or backpacks.

“You really look for certain trees, because you know they fruit around certain trees. They’re not going to fruit in the middle of a meadow, and they’re not going to fruit under a maple,” Stone says, “but they like dying elms, and they like ash, and sycamore, and cottonwood, so when you’re looking for something specific like a morel, you look for something specific like a type of tree.”

And of course, the most important thing to know is that you’d better be sure what you’ve got before you eat it. Stone says that Missouri only has two deadly varieties: the destroying angel and the deadly galerina. Several others will make you sick.

She advises that photos in a book are inadequate for beginners; joining a group, or finding an expert to learn from is the way to go. As a bonus, that’ll put you in touch with a whole slew of people who’ll be happy to share their insight.