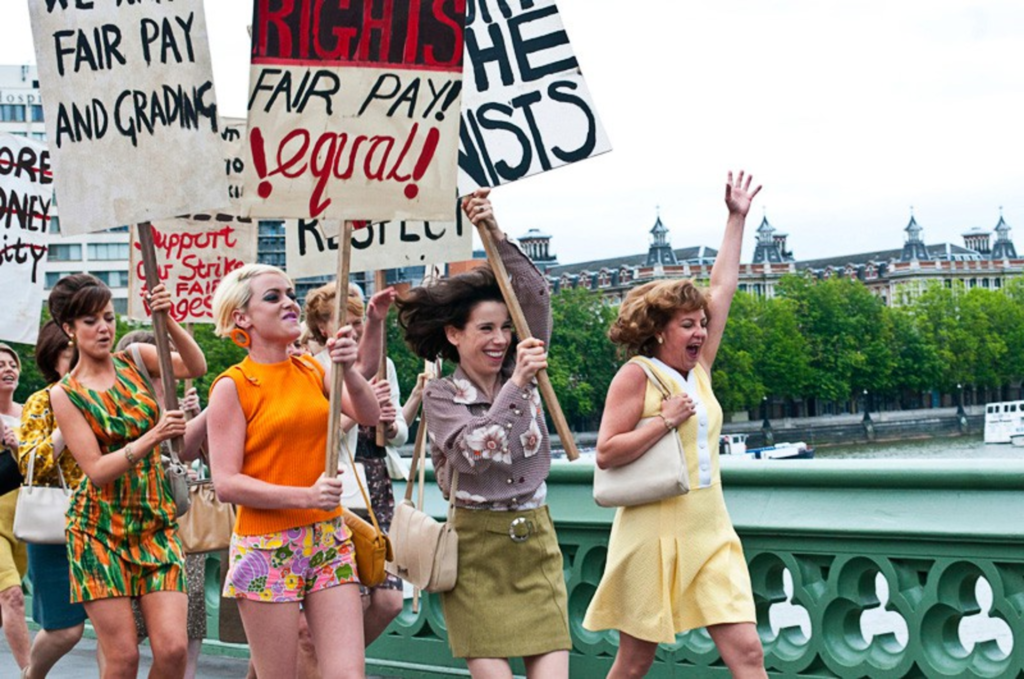 Woman power retrofitted as a holiday heart stirrer, Made in Dagenham recounts the real-life 1968 strike for equal pay by 187 distaff machinists at the Ford plant 12 miles outside London.

These unwitting soixante-huitards in Mary Quant hot pants and five-story bouffant hairdos are led by Rita O’Grady (Sally Hawkins), forced to balance her raised consciousness with wifely and motherly duties — much in the same way that Hawkins seems to be constantly balancing herself, her tiny body on the verge of tipping over from the weight of her period wig and blustery speechmaking.

Director Nigel Cole (Calendar Girls) includes as many teary closeups as possible, the better to serve William Ivory’s slogan-filled script. (“Someone has got to stop these exploitative bosses from getting away with murder!” barks union representative Bob Hoskins, sympathetic to the plight of the machinists because of memories of his own single, working mum.)

Nothing here is as rousing as The Pajama Game‘s raise-baiting “Seven and a Half Cents.” But Miranda Richardson steals the film in a small role as Barbara Castle, Labor Prime Minister Harold Wilson’s secretary of state for employment and productivity, threatening to “go all womanly” on two puffed-up lad staffers.