Macemouth, Cuee, BLKFLANL and more: the must-see local music videos of the past month 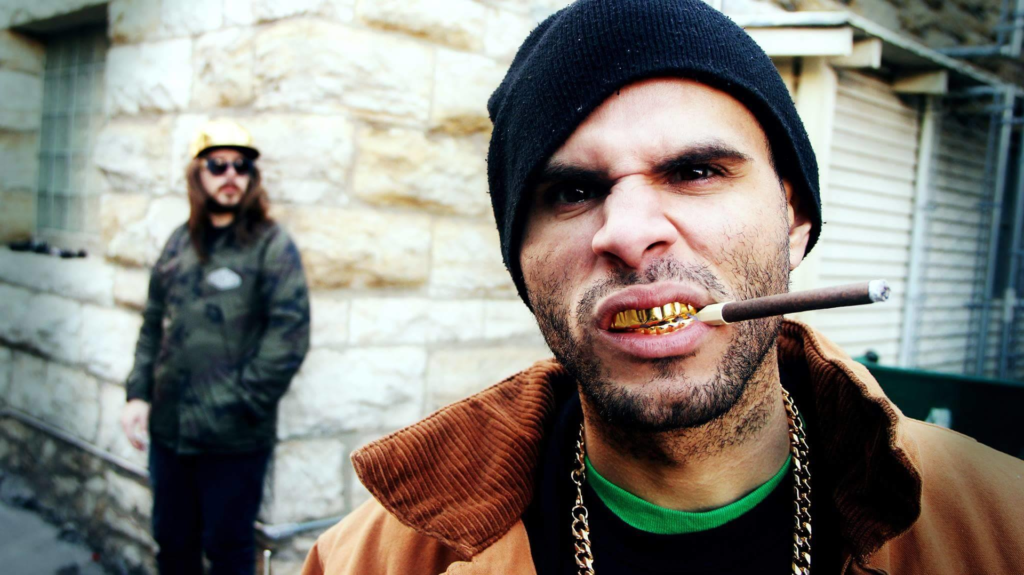 Lots of liveness this month, but that’s good, right? You need to see these artists killing it on stage, so that you can convince yourself to leave the world of your couch, Netflix and Postmates deliveries. So, watch these videos, then put on some actual pants, head out, and witness some of these artists out there in the clubs. Be it hip-hop from Cuee and J. Carter, heaviness from Time Walk and Macemouth — even a behind-the-scenes at the Children’s Mercy music therapy unit — there’s something for every taste here.

Springfield’s finest hardcore act, Time Walk, played a release show for their debut full-length, Beyond Eternity’s Grasp, and it went off. There’s also footage from Morbid Rites, O.N.E., and Blindside USA from this show at the Outland Bar on January 27, but happily, the headliner gets the best sound.

As busy as Ailecia Ruscin is running Oh Snap! Photography, it’s surprising she manages to get out at all, much less haul a camera around shooting video. Thus, when video appears in February of a show on Halloween, we’re just happy it showed up. That lady knows how to shoot a live band and make it look good. The furious take on the Psychic Heat Sunshower cut’s pretty amazing, too.

J. Carter’s mixtape, Welcome to Kansas City Vol. 1, dropped back in July of last year, and the Kool Breeze-produced “Ric Flair” was kind of our jam for a minute. This latest video off the mix, “Myself,” is a little less bragadocious than that earlier track, with the refrain “I did it all myself” having a nice counterpoint in the fact that Carter’s willing say that “Lord, I need help.”

Two degrees, a clothing line, and not even 25. Chicago to Lawrence rapper Cue Wright is on her way. This footage of her doing her take on Chance the Rapper’s “Juice” ought to show you why she’s not someone on which you should be sleeping. Shot live at a benefit for Lawrence Field Day Fest, she’s absolutely at-ease, confident, and rocking that mic.

There’s something almost funny in the fact that we’re still a few months away from a proper Westerners album, but the side project from the band’s Josh Hartranft and Mitch Hewlett managed to release an EP, entitled Dumpster Fresh, first. It’s dirty, garage-y shit with a certain element of hip-hop behind it: think Trash Talk, but not nearly as terrifying.

“For the imperfect, for the diligent, for Kansas City.” BLKFLANL — the pairing of emcee Barrel Maker and beatmaker Conductor Williams — knocks out a live performance at Shadow Scape Records, a Kansas City recording studio, and it looks good. It’s all arty and minimalist, and damned if it doesn’t sound rich as hell. Nice little interview segment after the performance, as well.

A short little behind-the-scenes of The Music Therapy Program at Children’s Mercy. It shows the work these music therapists do to help in areas as diverse as stress relief, building hand-eye coordination in rehab, assisting in building neural pathways, and more. There’s also footage of someone singing “Twinkle, Twinkle Little Star” to a very tiny baby. We’re not crying — you’re crying.

Lawrence’s finest purveyors of harmonies play two songs from their recent album Moon Birth as part of the Classroom Series. This series, on K-State’s KSDB 91.9, sounds amazing, and it’s a great way to catch some of the best in local music in a controlled live environment. If you liked that Macemouth video up above, you can find three more songs from a couple weeks back.

Are you a local musician with a video to share? E-mail it to nicholas.spacek@gmail.com