Mac Lethal parodies Taylor Swift’s ‘Blank Space’ in the name of Darryl, who was cheated on 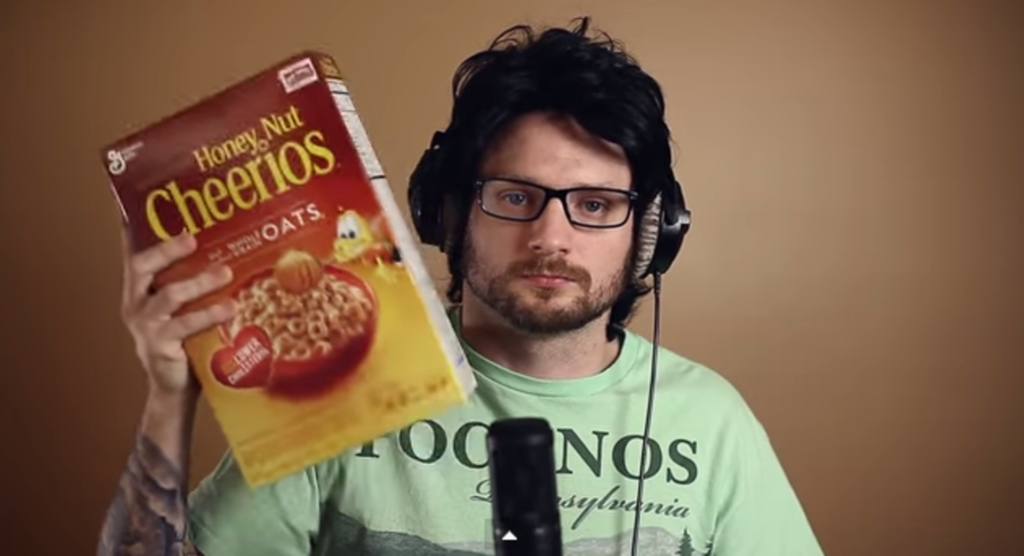 Yesterday, Mac Lethal posted a new music video. It’s a parody of Taylor Swift’s hit “Blank Space,” apparently inspired by a fan from Ohio named Darryl. Darryl deduced that his gluten-free girlfriend was cheating on him after discovering a bowl of Cheerios in the kitchen sink. Crushed, Darryl solicited Mac to compose a break-up song. That’s the story, anyway. Obviously, Mac couldn’t help but be inspired. 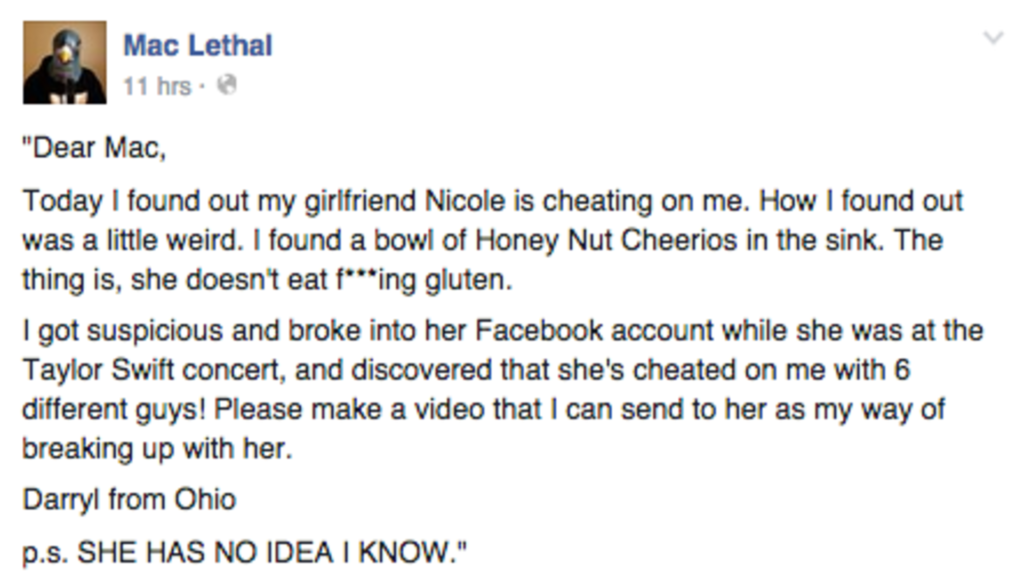 The situation totally sucks for Darryl, but he does get a pretty sweet consolation prize.

Here’s hoping the Cheerios remix makes it onto Mac’s setlist for his third-annual Christmas Extravaganza on Thursday at Riot Room. Details on that show here.