This post was paid for by Lyric Opera of Kansas City. 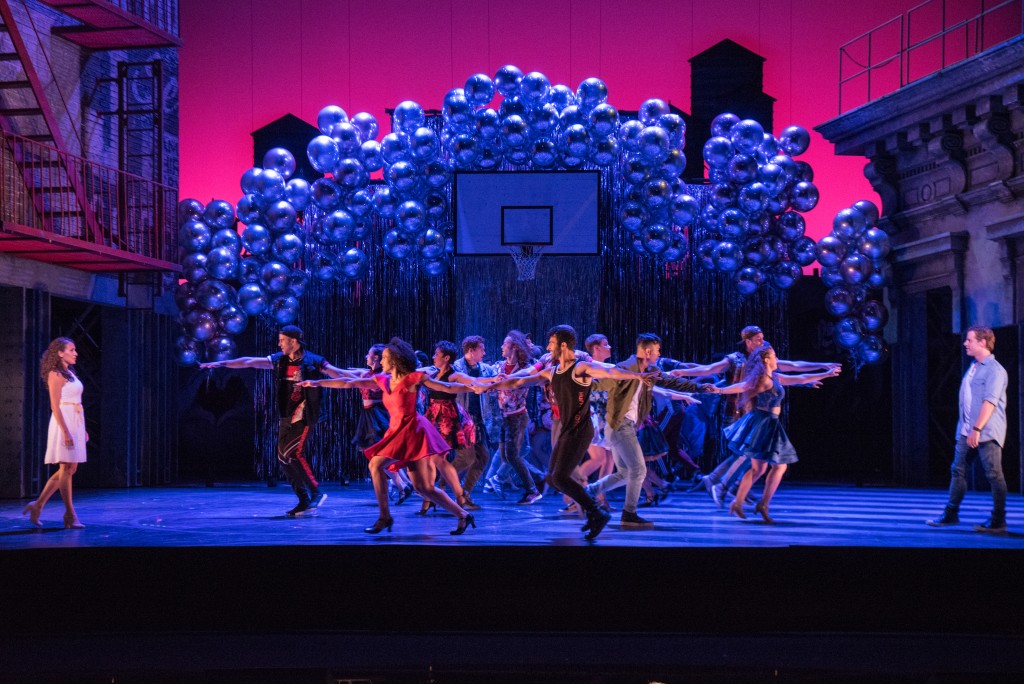 West Side Story, the dance at the gym. // Photo by Elise Bakketun.

When you think of a night at the opera, what comes to mind? Massive, 18th century ball gowns and long songs in Italian? At Lyric Opera of Kansas City, you’re in for a surprise.

In May, Lyric Opera debuted a fresh look and logo that exudes vitality, energy, and excitement. But it’s more than a colorful logo, it’s a promise to inspire Kansas City to question their prior notions of the opera.

“We wanted to emphasize the value of Lyric Opera as a cultural asset to Kansas City,” says Deborah Sandler, the General Director and CEO of Lyric Opera. “People have a lot of preconceptions about what opera is and what opera isn’t and they’re not necessarily true. So we wanted to open that door and let people take a peek to see if there’s something inside that would interest them.”

With productions at both the Kauffman Center for the Performing Arts as a resident organization and their own space, the Michael and Ginger Frost Production Arts Building, Lyric Opera is full of surprises. Past seasons included a tale of climbing Mount Everest, a cultural review of capital punishment in Dead Man Walking, a reimagined opera telling of The Shining (yes, really! It was canceled due to the pandemic, but it’s coming back in a future season!), and a vibrant production of West Side Story—a show which brought more new people to the opera than any show in the history of the company since the 1950s.

“We want to excite your senses with the unexpected. So become culturally curious and come along with us,” says Sandler. “Seeing an opera is a license to let yourself be carried away by something. All you have to do is look at the stage and you’ll go on an emotional journey.”

Lyric Opera’s most recent production Baseball: A Musical Love Letter, which ran through May 15, was a collaboration with the American Jazz Museum and the Negro Leagues Baseball Museum. Along with the classically trained opera singers expected of Lyric Opera, the production also included local musical theatre performers and a jazz quartet consisting of saxophone, piano, drums, and bass. 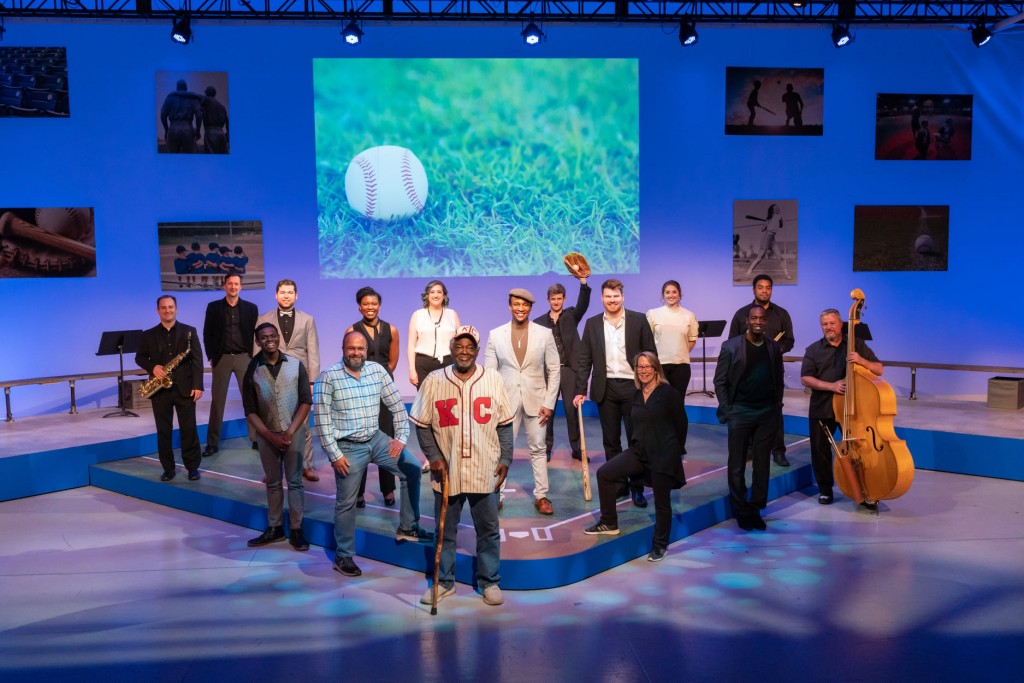 “Baseball: A Musical Love Letter, wow! What a show,” says Kansas City folk singer and songwriter Danny Cox on Facebook after attending a rehearsal of the show. “I went to my first rehearsal at Lyric Opera last night, and the talent on and off the stage was incredible. The songs, the great singing, dancing, and showmanship of these young artists is phenomenal. And the band, made up of all the A players. What impressed me most was the beauty of diversity I saw on stage. I felt honored to be a part of such a meaningful production. Oh, and by the way don’t let the word OPERA keep you away, these young folks dance, sing, and act their asses off.”

Willis White was one of those singers on stage: “This is my first time performing with Lyric Opera, and I was amazed that Lyric Opera of Kansas City also produces material encompassing a broader expanse beyond traditionally performed classic opera.” 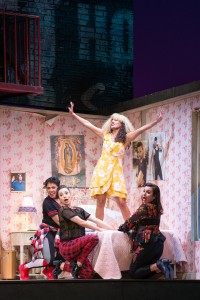 Vanessa Becerra in West Side Story. // Photo by Elise Bakketun.

After 2020’s year of very different performances, Lyric Opera had the chance to sit back and really think about how they wanted to present themselves to the Kansas City community. While the company’s programming speaks for itself (The Shining as an opera, remember?), Lyric Opera’s new look promises much more to come.

“I think we all have a certain exuberance about getting through this, and we wanted to introduce people to that,” says Sandler. “Take a look at us. It’s been such a dark time, but come into the light with us.”

“We look forward to moving you further into a sense of normalcy by doing what we do best—,” says White, “opening your hearts and minds through stage and song—and in person.”

Lyric Opera will return to Kauffman Center in the fall, and the new season will be announced later in June. They’ve got more surprises in store that are sure to reinvent your expectations about what the opera looks like today. Give it a chance; you’re bound to be surprised.

“Lyric Opera is for the culturally curious, those who may love live music, but have never thought of coming to the opera,” says Sandler. “One thing you can expect is that we will continue to do the unexpected in musical storytelling.”

Located in the heart of Kansas City’s Crossroads community, Lyric Opera creates transformational opera experiences through our performances and through our outreach and education initiatives. We also aim to develop talent, repertoire, programs and productions that bring the best of Lyric Opera of Kansas City to the world. 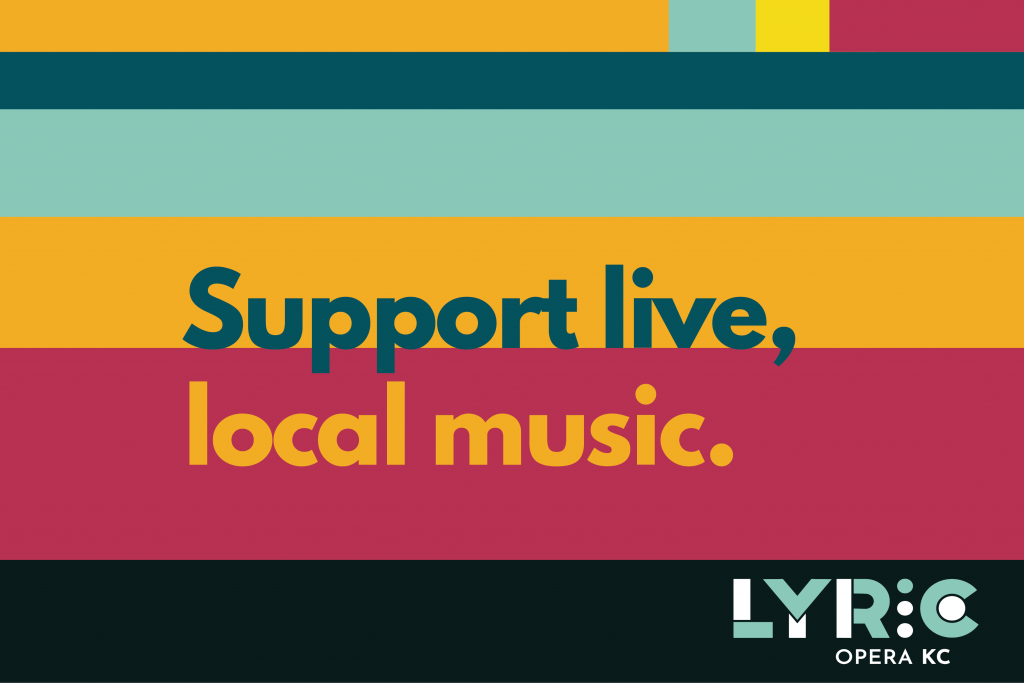