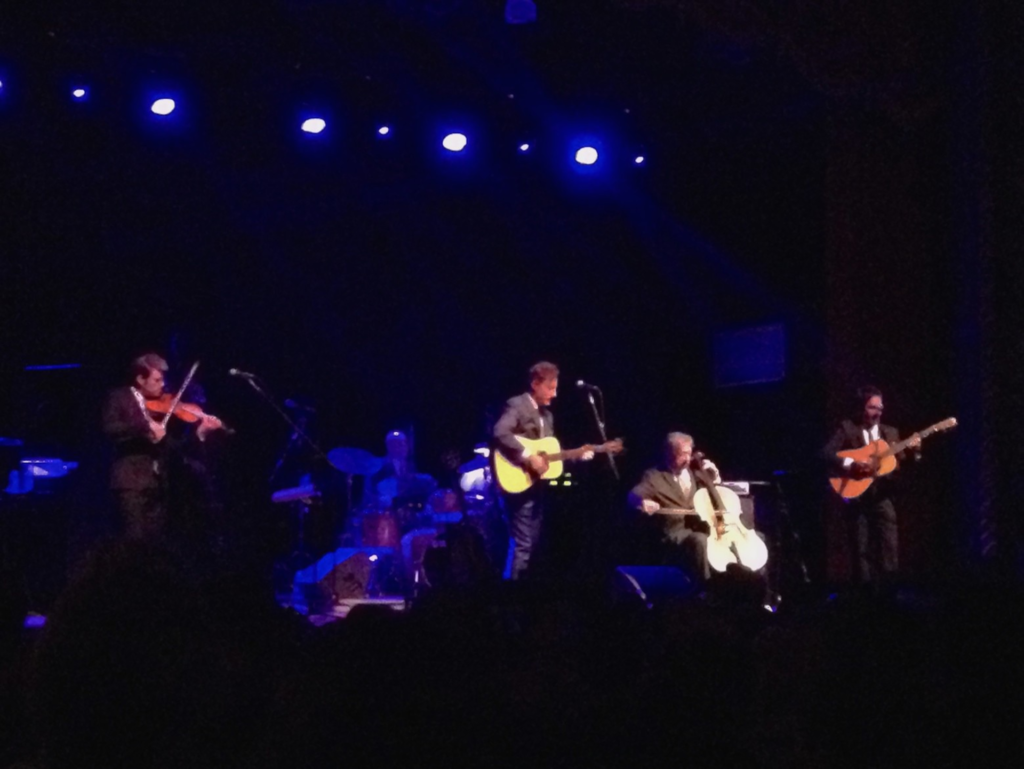 Lyle Lovett and his Acoustic Group
The Uptown Theater, Kansas City
Friday, May 9, 2014

Grammy Award winner Lyle Lovett and his Acoustic Group sauntered onstage in fluid timeliness. The group of fine, dark suited maestros found their positions, with a blue-suited Lovett, front and center. The sextet kicked it off with “Up with Indiana,” from Lovett’s 2007 album, Its Not Big Its Large. Each player united in close quarters as the Uptown’s modest audience cooed amid each boot thumpin’ flow from instruments.

The second song rolled through and audience members (except for the uptight lady sitting next to me) seemed to loosen their stiff postures back into the white, metal chairs, which were set up clear to the front of the stage monitors.

“Happy to be back, Kansas City,” Lovett said. The chords began for “Farmer John/Chicken Reel,” jungle-like drumbeats and howls from the fiddle lead the rest of the players. Lovett later talked about the Uptown being his first Kansas City venue, and how it was back when he only had one record released.

“Here I Am” came up next. The band was flawlessly in sync as Lovett sounded off each verse: We could always opt for the more temporal gratification of sheer physical attraction, that wouldn’t make you a shallow person, would it? The audience roared with laughter as the group paused for each of Lovett’s spoken lyrics. The lights dimmed on the other five musicians, with a yellow spotlight focused directly on Lovett during each strangely tender moment.

“The Truck Song” was up next. Throughout his thirty-plus years as a performing musician, Lovett’s voice has only become more intoxicating. At some points I felt I was listening to a twenty-year-old spill out burly vibratos, but I became pleasantly aware of his age each time a dry anecdote would surface.

“We used to call him Johnny Bottom,” Lovett said, in reference to long-time cellist John Hagan, to which Hagan responded, “No, we didn’t.” Laughter weaved in and out of the Uptown’s giant, maroon columns and affected the other musicians, too.

Whistles came from the crowd in support, and Lovett joked about his subpar whistling skills and how he’d lose if he and the audience members had a contest. This thought then reminded him of the first competition he ever entered, which was a turtle race at a Texas bar, on a Sunday afternoon. As he put it, it was “just dumb luck, but I won.”

All turtles and jokes aside, Lovett praised his fellow musicians: Russ Kunkel on drums, Viktor Krauss on bass, Keith Sewell on guitar and mandolin, Luke Bulla on the fiddle and – my favorite – John Hagan on cello. Sewell and Bulla played versions of their own compositions, though Bulla’s was a lyrical take on the traditional “Temperance Reel.”

The giddiness returned after a sobering version of Jackson Browne’s “Rosie” played. Of course, Lovett couldn’t help but throw in satirical commentary about people playing this song at church functions without knowing its meaning. (If you don’t know it, Google it, and your love for Jackson Browne will grow).

The set continued in a choppy formation of mellow and upbeat songs. “She’s No Lady” from the album Pontiac played towards the end of the set, with an upright solo from Krauss and cymbal-infused percussion from Kunkel.

Lovett once again praised Kansas City and the Uptown, thanked his fellow musicians and the crowd, and he left, as modestly and polished as he had entered. 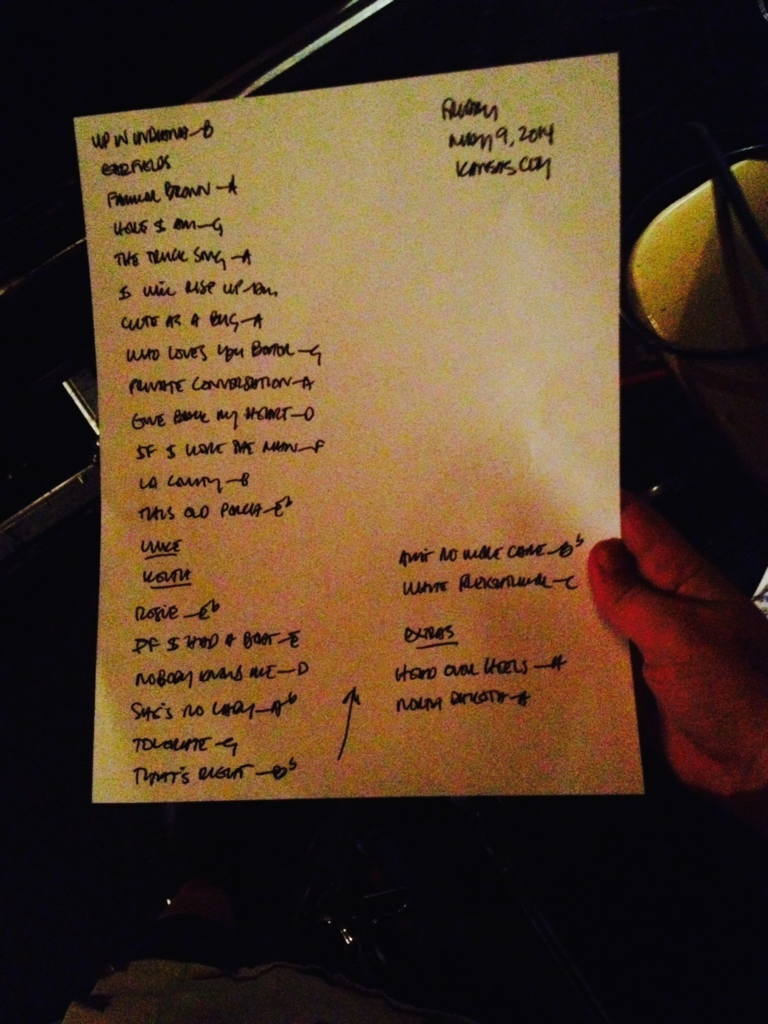