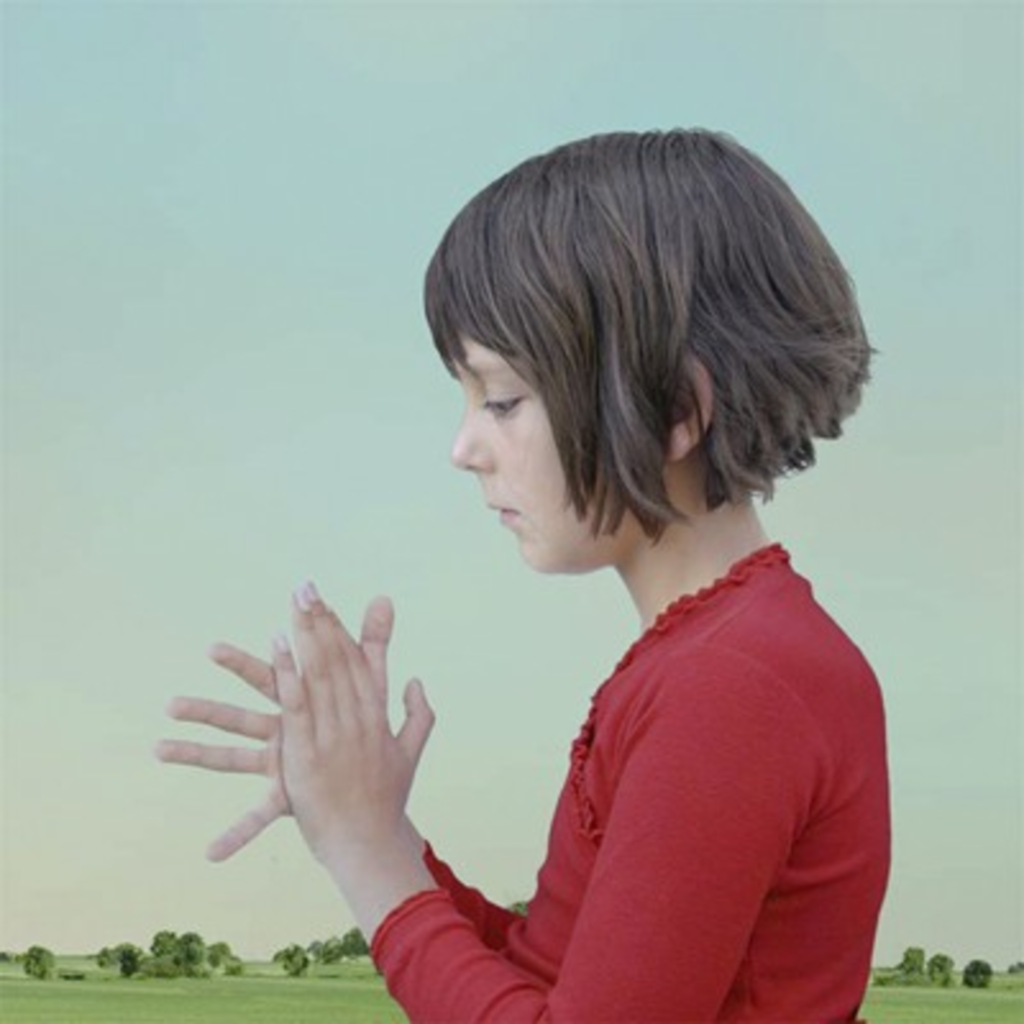 Transfigure, at the Kemper Museum of Contemporary Art, promises to “chart the manifold meanderings of the physical form.” All of the works suggest human or animal forms, and many of them are, in fact, visual essays on this loose central theme. Each work tells its own story, and the women of the collection are particularly potent — especially German artist Loretta Lux.

Trained as a painter, Lux uses heavily Photoshopped images of children to suggest anything but the lives of children. She drops their altered images into landscapes that she has painted, giving the works an odd, disconnected sensibility. Taut lines in her photographs are reminiscent of the 16th-century Mannerist painter Bronzino, who distorted his subjects’ features, rendering them slightly freakish. Mannerism is characterized by artificiality rather than naturalism, and Lux follows suit by altering the features of the children she photographs. In fact, some of the parents barely recognized their own children.

Photographing weirdly beautified children in clothes that aren’t theirs, in scenery that she paints, Lux disavows all references to actual childhood. These odd children become vehicles to another conversation. In “Three Wishes,” the tousle-haired girl stands sideways to the camera and clasps her hands together in some dreamy game. She is anything but herself.

Filmmaker and photographer Cindy Sherman’s “Untitled Film Still #60” also distorts by mining filmic theatri­calities and depictions of women in visual culture. Mimicking film noir and B movies, Sherman herself is but a small part of the larger black-and-white landscape scene, yet her intense physicality and simulated sexuality charge the photograph. That frisson between the real and the perceived, as well as the photographer’s utter control and mastery of her own image, is part of what makes Sherman — an otherwise rather ordinary-looking person — so intriguing.

Unfortunately, the exhibition is undermined by the regrettable color choice on two of the large, imposing movable walls. The acid lemon yellow is too thin, so the works don’t feel anchored to the wall but seem disconnected and even pushed away from the color. It’s a disquieting feeling, and the color is so distracting that it destabilizes the installation.

Still, painters Catherine McCarthy, Sandra Scolnik, Lezley Saar and Tina Barney stand out, as do sculptors John Kalymnios and Robert Chambers. The Gao Bro­­thers, Chinese siblings who function as an artistic team and are perhaps best known for their performance and photographic work, provide a whopping dollop of good humor and energy. In a red fiberglass iteration of their sculpture “Miss Mao,” Chairman Mao has morphed into a laughing woman with Pinocchio nose and enormous breasts. Transfigured, indeed.