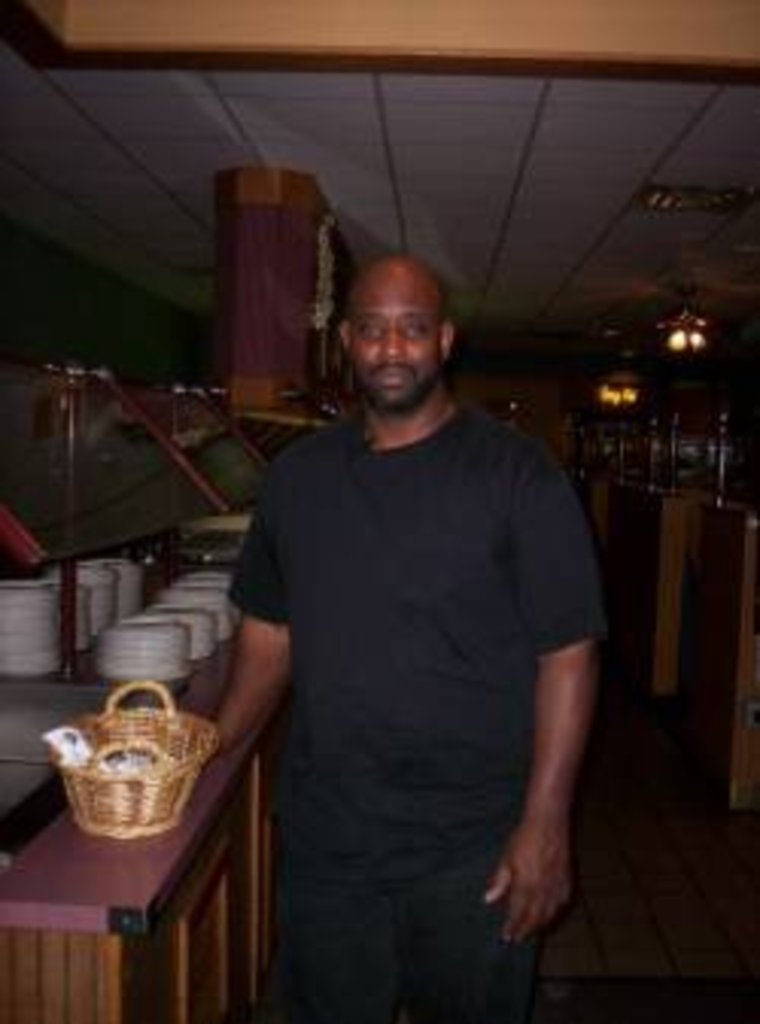 If you love fried fish, you’ve heard of Lutfi Khalifah.

Lutfi, a tall, broad-shouldered Kansas Citian whose first name means “kind and friendly” and last name means “one who does the will of God” has been associated with fish — fried, blackened, baked — since he opened his first namesake carry-out restaurant at 5534 Troost back in 1993.

When fire forced him out of that tiny venue, Lutfi moved around, literally and figuratively: he opened a little place at 35th and Prospect and began selling fried fish out of trucks equipped with kitchens. There are still Lutfi’s trucks, but Khalifa doesn’t operate them, he franchises that part of the business. The Lutfi’s Fried Fish restaurants in Raytown and Kansas City, Kansas are also franchises, owned by Khalifa’s relatives.

“I can only focus on so many things at one time,” Lutfi told me in the spacious dining room of his latest project: Lutfi’s Fried Fish and Buffet at 1350 East Meyer Boulevard — at the very back of The Landings shopping center at 63rd and Troost.

This isn’t the first time that someone has attempted to open a soul food buffet in this very space; in 2001, it was the short-lived Cornbread Cafe. Lutfi’s restaurant, which offers lunch and dinner buffet-style fare as well as traditional fish dinners and carry-out, isn’t as ambitious as the Cornbread Cafe was when it started or the legendary Peachtree Buffet on Eastwood Trafficway. Lutfi is starting modestly, cautiously.