Lucinda Williams has found some joy 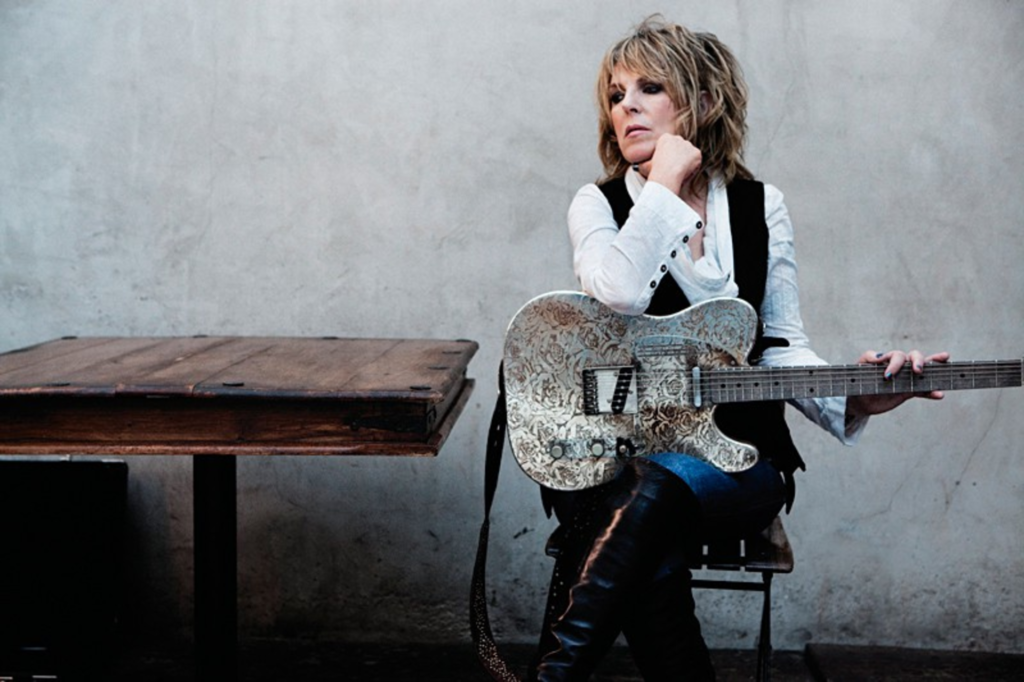 Lucinda Williams is a pistol. She’s quick and direct, a woman who knows what she wants. She once interrupted an Omaha concert midway through because it was “too damn hot.” “Who do I have to fuck around here to get a fan?” she asked.

In her early years, Williams was a straightforward country and folk singer. She put out her first record at the ripe age of 25, in 1978. In the late ’80s, Rough Trade released Lucinda Williams, her breakthrough album, which received attention from like-minded artists such as Tom Petty, Emmylou Harris and Steve Earle.

“I don’t think I really realized that ‘wow, I can do this’ until right before I did that self-titled album in 1988,” Williams, now 58, says in her lazy Southern drawl. “I’d been writing the songs that are on that album, and I started getting some recognition when that album came out. That was really when I finally went wow. I was living in Silver Lake. My rent was only $400 a month. I was in heaven. I was in hog heaven. I had money for my rent, groceries and didn’t have to work a day job.”

Williams has tossed rock, roots, blues, and even an occasional dash of hip-hop into her musical stew. She’s back again this year with Blessed, her ninth studio album, which shows her at perhaps her most vulnerable. It’s also the first album that she’s done since marrying her longtime manager, Tom Overby.

“I didn’t expect it, but when I got together with Tom, I seriously had people ask me, ‘Well, now that you’re in a relationship, are you going to be able to still write?’ People actually asked me that! I was so dumbfounded, I couldn’t even answer,” Williams says. “For one thing, happiness is relative anyway. Yes, I’m happy with Tom, but that doesn’t mean I’m not going to have bad days, and it also doesn’t mean that I’m not going to be affected by other things going on in the world that are going to bother me and upset me.

“It’s just this idea that your art is affected by whether you’re married or in a relationship or have a nice house,” she continues. “I’m an artist, and it all comes from within me. There’s all this stuff in there that I can dig from, and it’s always going to be there. There’s a lot of natural conflict within ourselves. I grew up with poets and novelists and short-story writers. The majority of them were college professors who were married with kids running around and had a normal life. But a lot of people want you to be some tortured soul. I’ve been tortured already. I don’t need to continue to be tortured. Once you’ve been tortured, you have that in you and you can use that to draw from.”

Blessed is a chance for Williams to show even the most skeptical fan that despite her newfound love, her ability to craft an honest, heart-wrenching song is still there. Produced by Don Was (the Rolling Stones, Bob Dylan), Blessed continues to explore Williams’ emotive side. Her lyrics have always been bare and transparent, almost feral. But the hint of a woman in love bubbles under the surface.

“Working with Don was one of those opportunities that just kind of presented itself. We didn’t want to make the same album twice. We wanted to bring some fresh blood in and a new set of ears, and it proved to be a really good decision,” Williams says. “I’ve got some extra songs for the next album. That’s one reason I’m so excited about this album, because it’s kind of my way of saying, ‘See? I’m married and in a good relationship, but look what I’m writing now.’ “