Lucero, with Glossary and the Calamity Cubes at the Bottleneck, 8/1/08 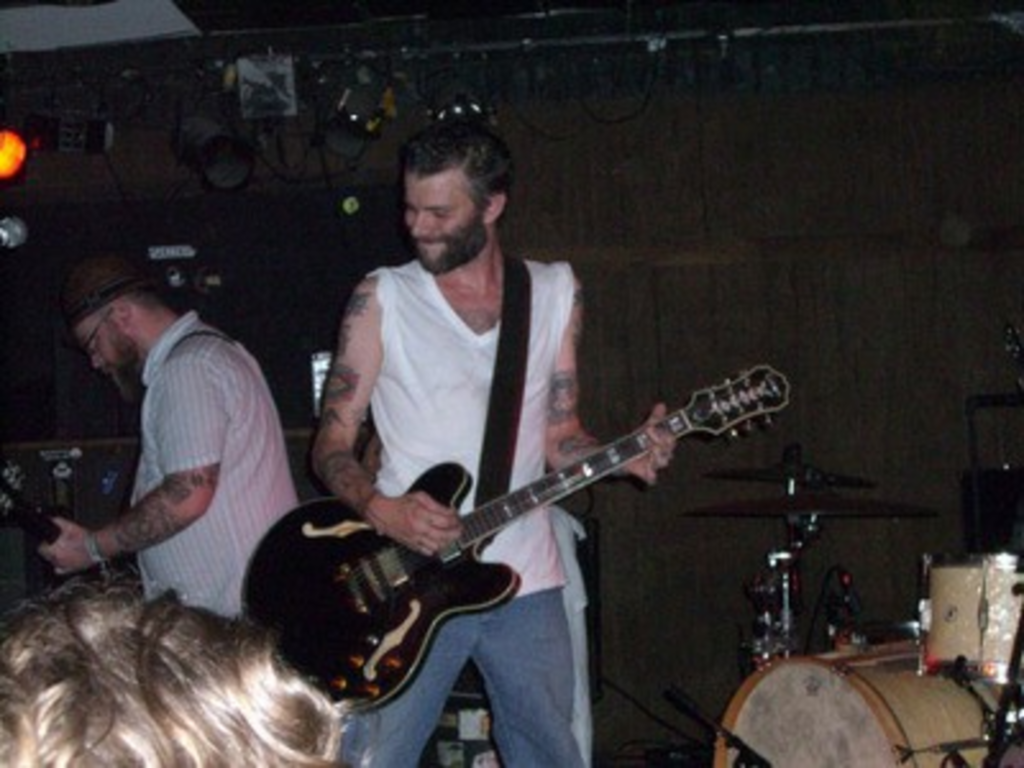 Better Than: Walking in Memphis

If the Titanic was a Mississippi riverboat, Lucero would be the house band, playing their hearts out as the ship went down. Their best songs sound as if they’ve been around for years, three minute chronicles of southern life. Rather than resorting to the grandiose solos of Skynyrd or the Allman Brothers, Lucero takes its cues from pop and Midwest punk, playing relatively concise songs with well-placed lead guitar and keys. Despite frontman Ben Nichols’ common themes – whiskey, war, heartbreak, and desperate men and women – his lyrics never verge on cliché. Instead, these themes work in his favor, becoming a kit of parts from which he builds each song. Friday night the Bottleneck was almost full, the stage bathed in an eerie red light, and two industrial fans clanking beside the stacks of speakers, making more noise than breeze. I couldn’t have pictured a better setting.