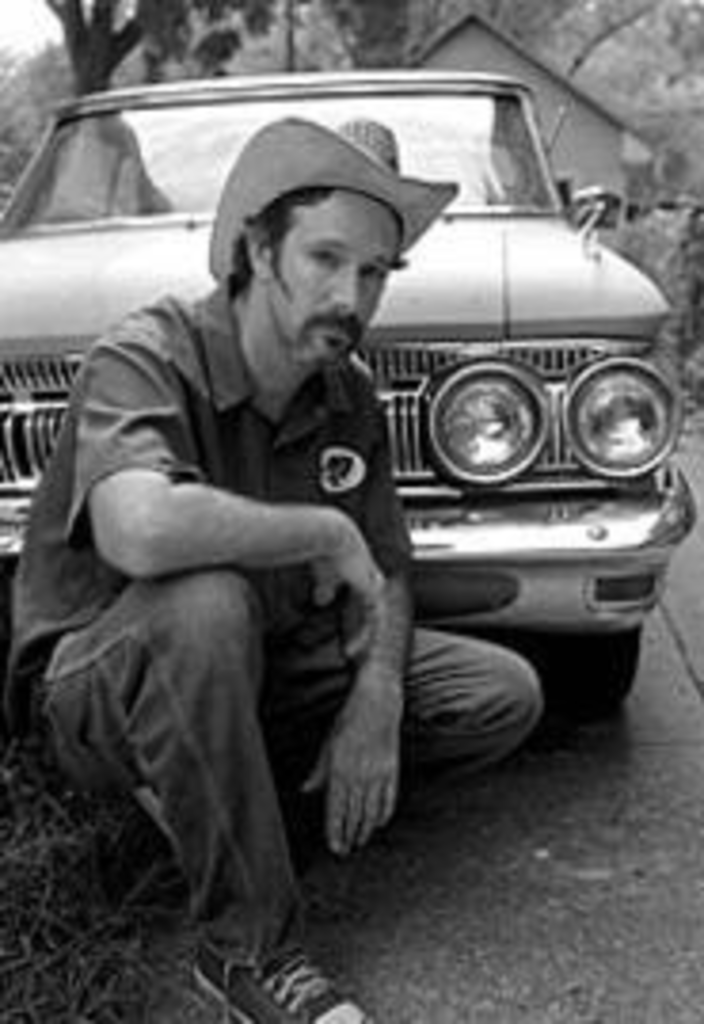 I started with a collection of industrial lubricants and a vintage kitchen canister labeled “Grease.”

Todd Karnahan picked up the container at some flea market, thinking he’d whip up a batch of homemade hair goo and give it to a friend — “another hardcore greaser like me,” he says — for Christmas. An inveterate DIYer with punk-rock roots and a gearhead’s practicality, he wasn’t intimidated by the chemistry. “It was kind of a joke,” he says, laughing. “But it kind of worked.”

Karnahan started entertaining the notion of perfecting his pomade and then peddling it. He did some research and started experimenting. Before long, he was sitting across the table from his wife, Leslie, announcing his intention to market the stuff under the name American Greaser Supply.

“I was like, ‘You do that, honey,'” Leslie says, feigning skepticism. She couldn’t have been too dubious, though. Before long, she’d agreed to sink all of their wedding-gift money into launching the company. They ran an ad in Gearhead magazine, and American Greaser Supply was officially born. Leslie is now working as a de facto business manager, and AGS T-shirts, stickers and pomades (available in three holds) are now sold in discerning greaser barbershops nationwide. In Southern California, they’ve attained particular cult status.

Four or five years ago, the same bolt of DIY lightning that sparked AGS hit Karnahan again at the High Octane car show in Wichita. He was so inspired by High Octane’s sensory overload — and what he calls the car show’s “biker pig-roast vibe” — that he had to re-create it in Kansas City.

“If we don’t do it,” he remembers thinking, “somebody else is going to do it. And they’re going to get it wrong.”

Karnahan enlisted the members of the Punk Rods Car Club. Together, they got the idea up and running. This year’s Kowtown Custom Greaserama is the fourth annual event, and it’s been expanded to include live bands, a swap meet and an art show curated by Nicole Caufield, showcasing work along the lines of what you might see in Juxapoz magazine. Still, the emphasis remains on the cars, with a preference for what Karnahan describes as “low-buck American heaps.” By this he means the low cruisers that men — and now women — tinker with on weekends, not to restore but to personalize.

Bill Schuch, a self-described “car nut” from Oakland, California, explains that the low-buck ideal harkens back to the hot rodders of yore, guys who invented souped-up cars in the ’20s and ’30s, before after-market parts existed. Men coming home from World War II continued in that spirit, relying largely on inspiration and innovation because they didn’t have the cash to do anything else and because resources had been devoted to the war effort.

The focus on authenticity and thrift makes its way into every aspect of the Greaserama — including the trophies. Karnahan awards wonderfully odd constructions of car parts and skulls that he and his friends put together using their skills as welders, mechanics and, Karnahan says, “clever rednecks.”

For Todd and Leslie Karnahan, being greasers means reliving a time when a person didn’t have to be a doctor or a lawyer to be a car enthusiast.

“It’s not a rockabilly weekender. It’s punks and rockabillies and rock-and-rollers and greasers and gearheads and everybody,” says Korri “Whiskey” Branum, a Wichita pinstriper who has two heaps of her own. “And everybody has the cars in common. It’s not about scenes or how rockabilly you can be or how tall your mohawk can be. It’s never been like that. Everybody is there for the cars. You don’t have to fork over a hundred bucks just to get in and another three hundred for a hotel. It’s cheap and easy to get to.

“We even had hippies at the show last year,” she adds brightly. “Even the hippies came out to look at the cars.”