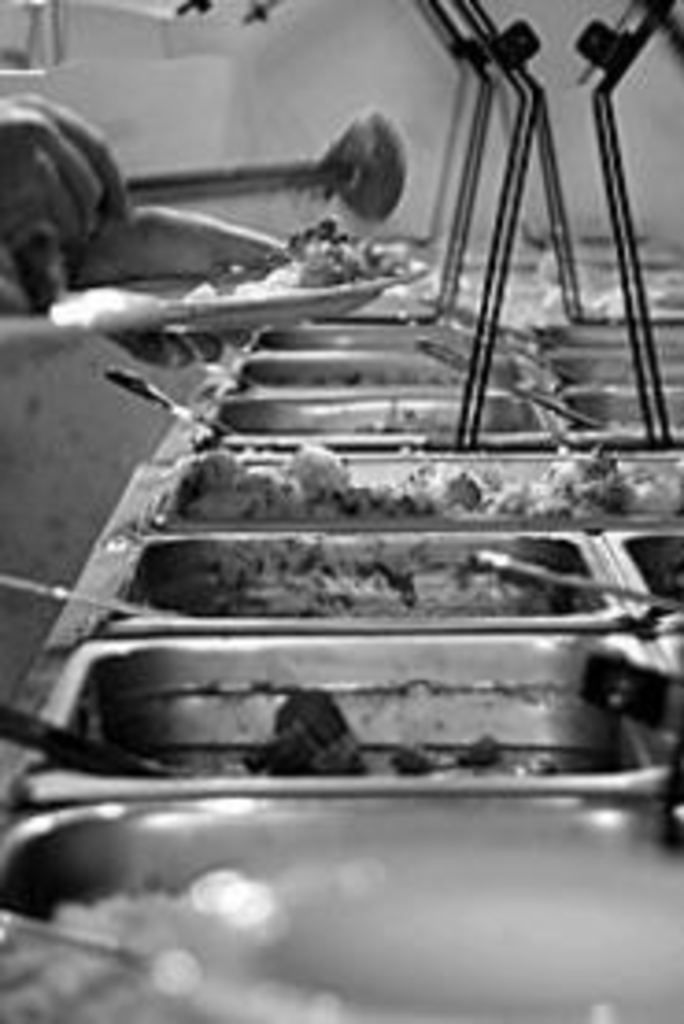 A couple of years ago, a friend and I were visiting London, and because our hotel was in the theater district, we spontaneously decided to see a play. Without knowing a thing about that season’s big musical hit, Bombay Dreams, we purchased tickets and stumbled into the theater lobby, where we were surrounded by dozens of beautiful young Indian teenagers. Their mood was so euphoric that, once the curtain lifted and the musical’s sexy young leading man started shaking his hips, the screaming — think early Beatles fans — was almost deafening.

Sex and food are both sensual pleasures featured in the Kama Sutra — the ancient Indian treatise on cultivating desire, lust and sensual fulfillment — though, unsurprisingly, a lot more attention is focused on unions than onions. But culinary pleasures have their place in the book, along with advice on embracing, kissing, scratching and biting. Eating mangos and tender ears of corn are alluring diversions, but for sheer potency, the book suggests a mixture of honey, black pepper and the dried powder of the thorn apple — not to be eaten but rather applied as a kind of love balm in order to drive a woman mad with lust. And long before there was Viagra, the Kama Sutra had its own rousing recipe: milk boiled with sugar and a single goat testicle.

There are no goat balls on the menu at the four-month-old Korma Sutra, the seductive little Indian restaurant tucked into an odd corner of a Johnson County strip mall, but there is goat meat in five of the menu’s dinner entrées, and for dessert there are heavy and shiny galub jamun balls floating in a silky syrup. Get the picture?

But sensuality is only an undercurrent at Korma Sutra, where the restaurant’s name mimics the bawdy book by substituting korma — a Mogul term meaning “braised” meats (though northern Indian versions of the dish are identifiable by rich ingredients, such as heavy cream and nuts) — for the more penetrating kama. Still, the place has plenty of sex appeal, starting with the serving staff (who look like Bollywood matinee idols); the turquoise filters on the windows; the saffron-colored walls; and the fragrance of ginger, cumin and garlic wafting out of the tiny kitchen.

“It’s hard to believe that this place used to be a Schlotzsky’s,” whispered my friend Lisa as we walked into the dining room and she took a gander at the linen-draped tables, the white napkins and the stylish light fixtures.

Schlotzsky’s was one of the longtime tenants on the less-visible back side of the aging strip center. Now there are several “for lease” signs on the spaces surrounding Korma Sutra, enough of them that my friend Ned called the neighborhood “Desolation Row.” But the addition of this attractive new Indian restaurant is a hopeful sign.

The first time I ate at the restaurant, I joined a motley group of fellow diners, all with particular culinary restrictions: Kelly, the stringent vegan; Lisa, the lacto-vegetarian (unlike Kelly, she’ll eat dairy); Bob, who doesn’t really like Indian cooking; and Joe, who will eat anything. This combination made sharing — one of the friendlier facets of Indian cuisine — somewhat awkward. The combination appetizer tray was a crazy quilt of meat and vegetable tidbits tucked into crunchy fried shells; Kelly asked our server, the suave Singh, to point out the things she could eat.

I thought they all tasted gorgeously greasy. No matter what I plucked from the assortment of pakoras and samosas, it was merely an excuse to drench it in sinus-clearing mint chutney or vividly orange onion chutney. Ditto for the puffy hunk of naan bread, which folded beautifully around a spoonful of chutney or a swirl of syrupy tamarind sauce.

When it came time to order dinner, Bob warily perused the menu, then ordered butter chicken. “Those are two words I recognize,” he said. Joe chose lamb masala, and Kelly and Lisa picked vegetable-based dishes. Wanting to be adventurous, I decided to get my own goat, as it were, forcing Singh to help me choose between the fiery goat vindaloo or the more soothing goat makhani masala. He suggested the latter, which arrived — like all the dinners here — bubbling hot in a little metal tureen, the chunks of meat hidden under a blanket of a pumpkin-colored tomato and garlic sauce.

I loved the sauce but got gruff over the goat meat, which was absurdly chewy and tough. I pushed it away and started grabbing spoonfuls from other tureens with permission from my friends: Lisa’s lovely vegetable kofta (patties made from God only knows what served in a nutty, creamy sauce), Joe’s succulent lamb and Bob’s butter chicken, which tasted neither as buttery nor as creamy as he thought it should.

“Honey, that’s because you thought you were getting the baked chicken at Stephenson’s Old Apple Farm,” snorted the cynical Ned when Bob and I dragged him to Korma Sutra for a second visit. Ned thought the trip from midtown was taking too long. At one point, he asked, “Are we driving to Calcutta?”

But like my other friends, even Ned was charmed by Korma Sutra’s décor and the handsome waiters. He was appalled, however, that he couldn’t get a cocktail (the restaurant’s owners have recently applied for a wine and beer license) to sip while he nibbled on a wafery papadam. And our table, located directly under a portrait of the legendary philosopher and saint Guru Gobind Singh Ji, made him a bit nervous, too.

“I really like this place and I adore my dinner,” Ned said after a few bites of intensely hot shrimp Korma Sutra. “But your dinner isn’t that great. That chicken was either overcooked or died as the oldest hen in Missouri.”

Sadly, I agreed that my chicken Korma, swimming in a decadently rich coconut cream sauce, couldn’t be called moist or tender. Ditto for Bob’s dinner, a replay of butter chicken prepared this time with butter and cream. Singh had explained to him that on our previous visit, he’d asked the kitchen to eliminate dairy from the dish in deference to the single vegan at our table, even though she was unlikely to have sampled it. There may be a weird logic there, but I’m not sure.

We ended the meal with traditional Indian sweets: a soupy, almond-flavored rice pudding, badam kheer, which Ned and Bob insisted tasted like something that their all-American grandmothers might have made. Mine, too, come to think of it — and I didn’t like hers, either. I was much happier sipping the delicately seasoned chai tea and nibbling on one of the translucent, amber-colored galub jamun balls, two sweet dumplings bobbing in a rose-water-scented sugar syrup.

Ned bemoaned the fact that the latest object of his affection didn’t love him. I quoted a love potion from the Kama Sutra: “If a man mixes rice with a sparrow’s egg, boils it in milk, adds ghee and honey and drinks it, he will enjoy innumerable lovers.”

Ned turned up his nose, “Too much work. That’s why I prefer Korma Sutra to the Kama kind. Pass the balls.”