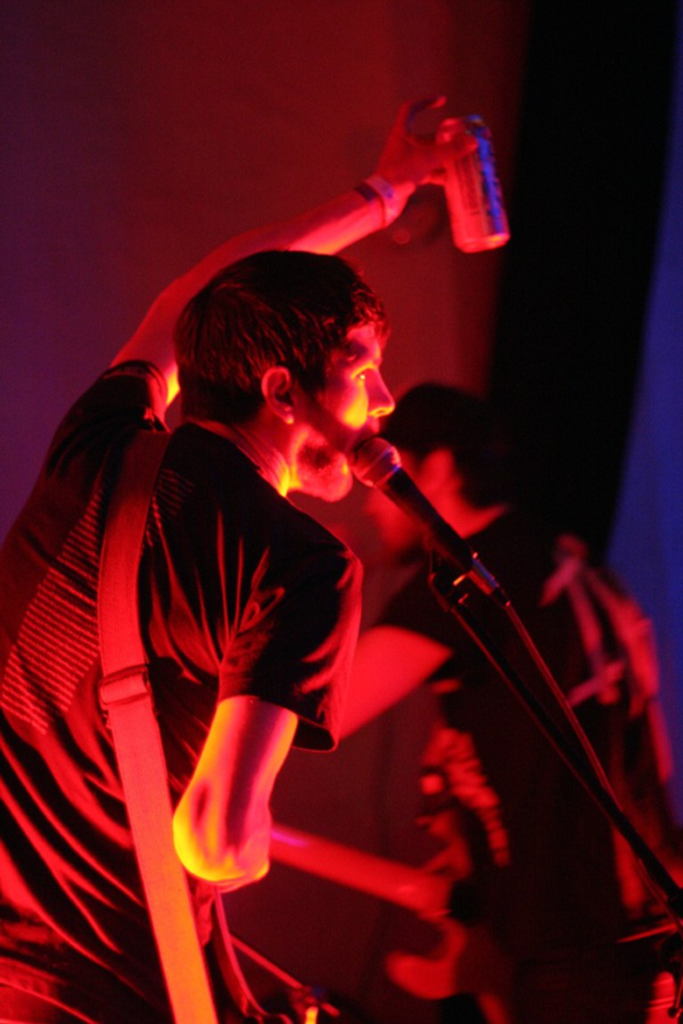 There may have been a distinct lack of cake, but Love Garden’s 24th birthday party at the Granada filled the venue with friends and well-wishers. Everyone was eating tacos and corn dogs, drinking beer, and just generally playing the game of saying “hi” to a bunch of people they’d not seen out and about in ages. The earlier moments of the evening, with a smaller crowd, held the feeling of a house party: you recognized a lot of people, and just kind of circulated and chatted, getting steadily more buzzed with each successive band. The show was complimented with a smaller stage, wherein solo acts could hold the crowd’s attention between the bigger bands proper on the Granada’s main stage. 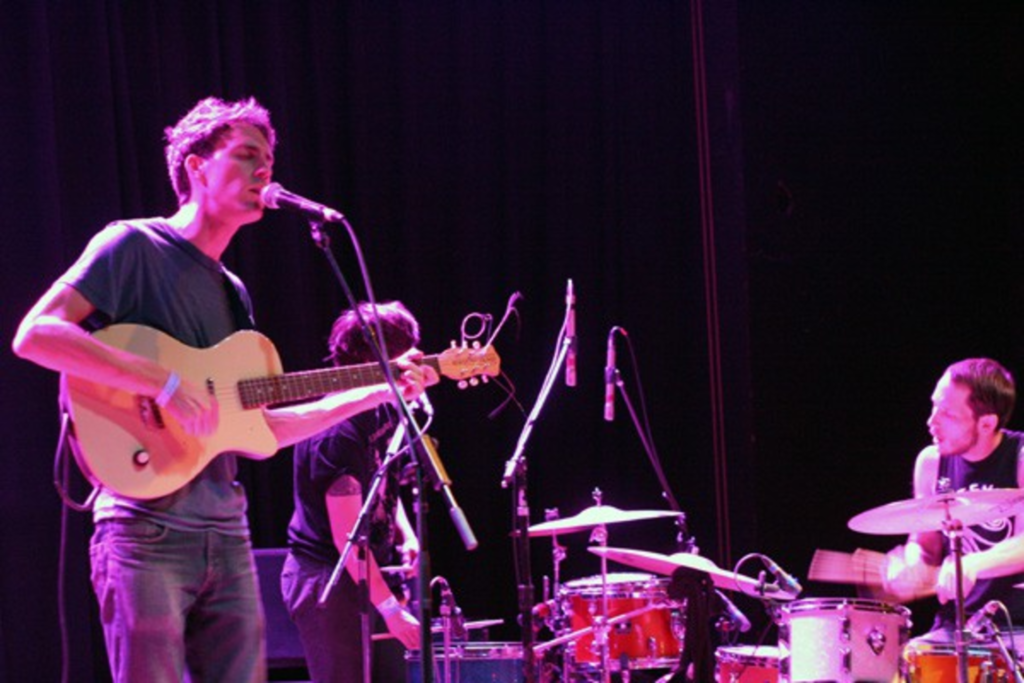 I’ve seen Oils quite a bit over the last year but never as they were on Sunday night. Whether it was the occasion or what, Andrew Frederick and company have never been this joyously, ecstatically loose. Oils always seems kind of maudlin to me, but Sunday evening they were positively exuberant. The way the group locked into their groove and just rode these waves of rhythm was an excellent beginning to the evening’s festivities, and I sincerely hope to see this side of the collective more often. 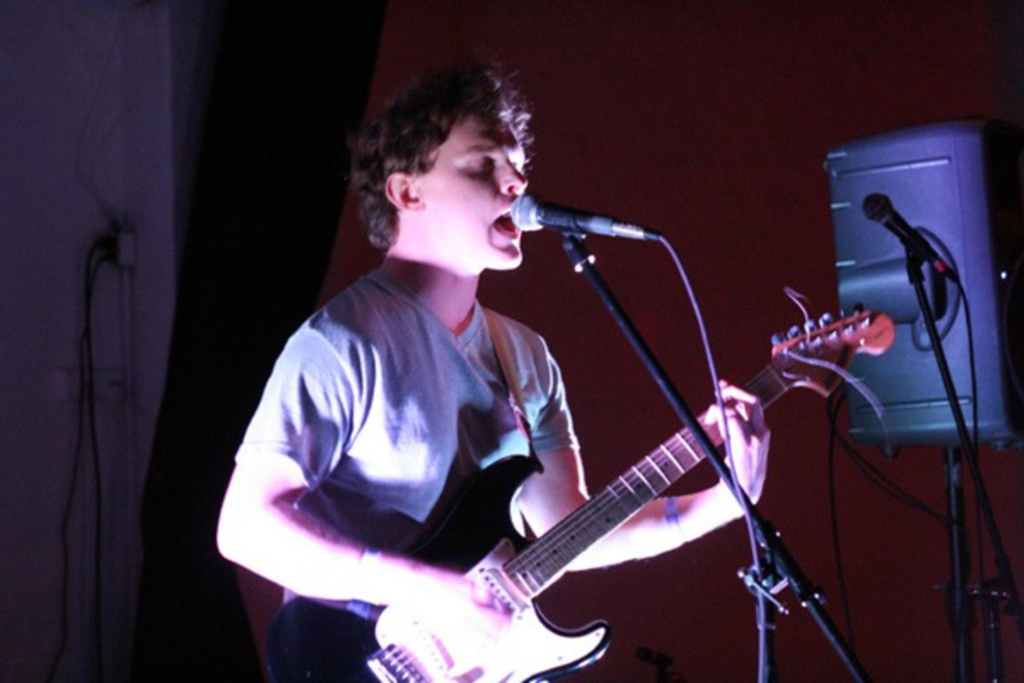 No Magic was a frustrating thing to hear. His voice projected like a clear beam of sonic light from the side stage, but his guitar work was a trifle repetitive and simple. I loved how he sang, but he really needs some more behind him than cyclically fingerpicked guitar. It was like Jeff Buckley accompanied by a busker. 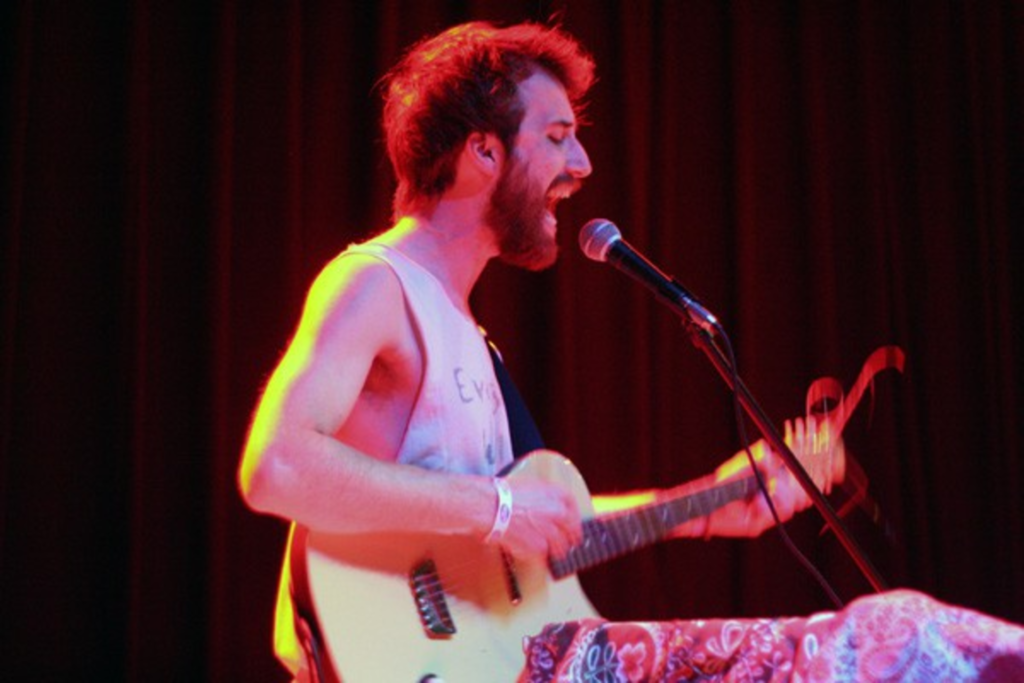 CS Luxem offered up what seems on the surface like a rougher, more experimental version of No Magic’s singer-songwriter stuff. His voice is far less smooth, and less true, but his croon, when looped and modified, turns into a psychedelic thing of beauty. It might not be clean, but it is more interesting and arresting. Case in point: Luxem’s last song was him looping his guitar and vocals to the point where he damned near dropped to his knees like Al Green. It was an astonishing closer that held the audience rapt. 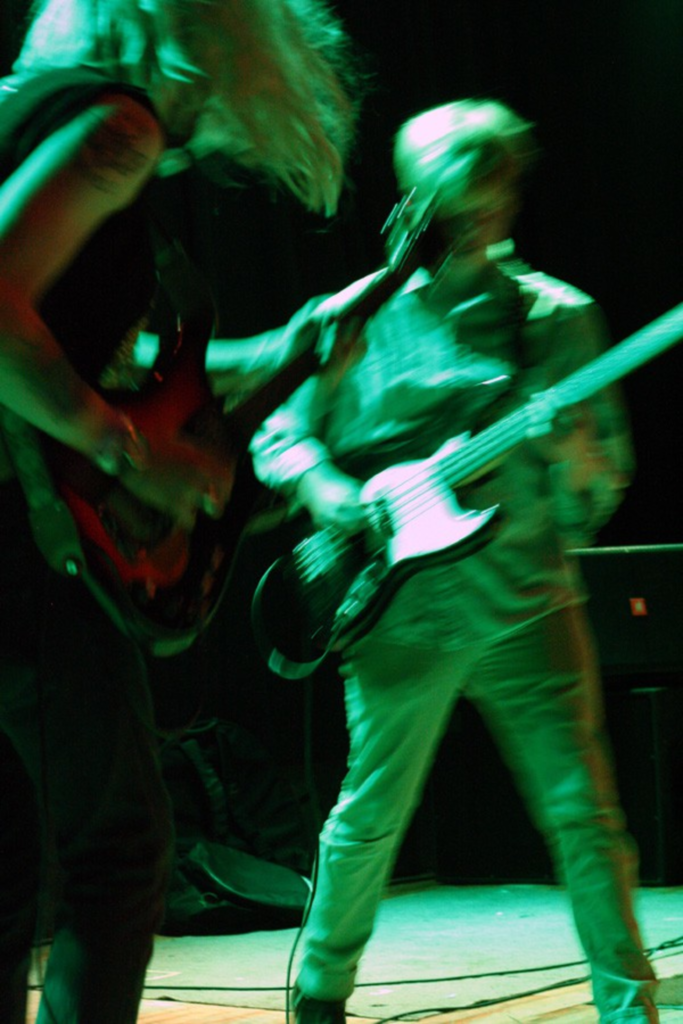 It’d only been a week since I’d last seen Psychic Heat and already it felt too long. Having discovered this foursome, I feel a need to see them as much as possible while I can. It’s not that I hear anything, it’s just that the brightest flame burns shortest, and I fear another Rooftop Vigilantes situation, wherein a scrappy, catchy garage quartet plays all the time, I skip too many shows because they’re so prevalent, and then lament my error long after they’re gone. That motorik beat and fuzzed guitar are so energetic and catchy, my heels are tapping as I type this, just thinking about it.

I’ve always been a fan of the handful of Bloodbirds songs in which Brooke Tuley took lead on the vocals, so it’s a real treat that she’s now playing solo. Well, kind of solo, as her husband, Mike, accompanies her with guitar and various percussion. Tuley’s music has a slight drawl and psychedelic twang upon which her sound rests and entrances those who pay attention, though the increasing crowd threatened to drown her out. Tuley’s quietly hypnotic sound led absolutely perfectly into Your Friend. 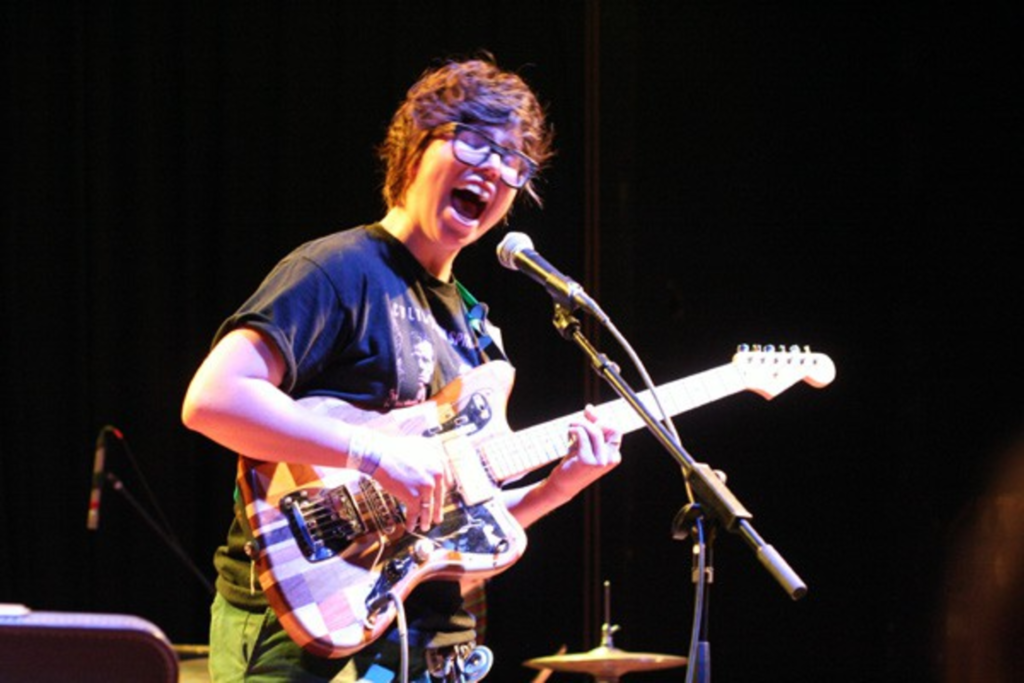 It’s astonishing to see how Your Friend – the name of Taryn Miller’s sometimes solo, sometimes full-band ensemble – has gone from a quiet opening act playing solo to a full-fledged Lawrence draw. Miller’s voice just fills any venue she’s in with crystalline purity, and the way audiences respond is nothing short of reverent. At this point, however, I’m wanting some new songs. Your Friend’s set is an ebbing and flowing melodic beauty, but it’s getting somewhat stale, with the same half-dozen songs every time they perform. Then again, we’ve been hearing so much of those songs lately, ever since Miller was picked up by Domino this spring. 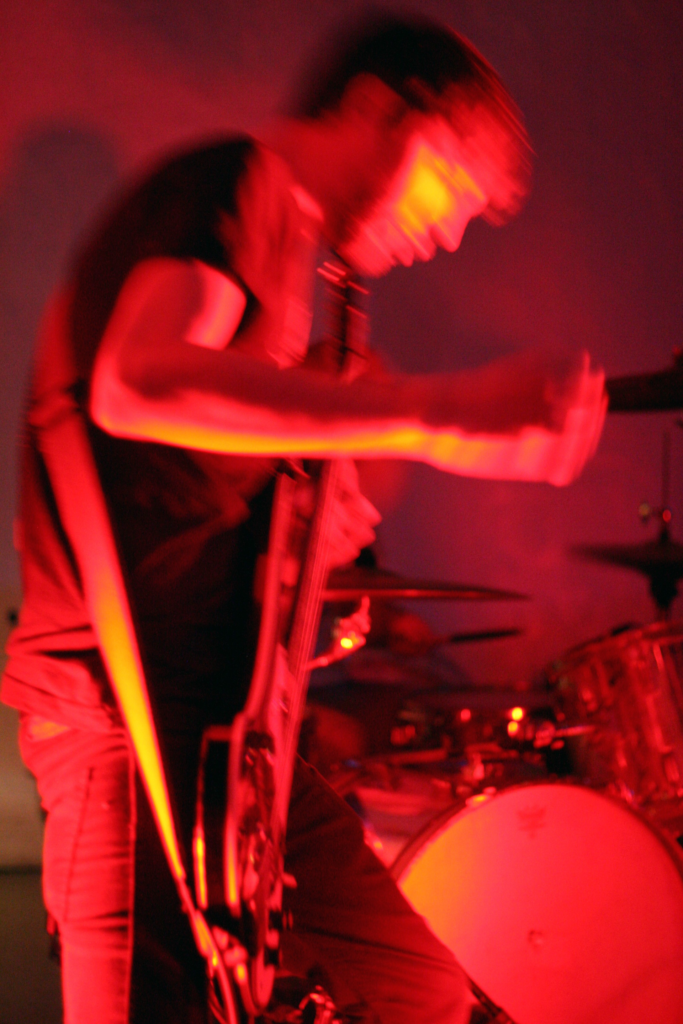 Bassist Sam Gunnerson introduced Gnarly Davidson with this delightful statement: “We’re fucking beer rock.” A more succinct summation of the band’s sludgy metal doesn’t exist. It’s loud and dirty, and despite Sunday night being the second time I’d seen the trio in less than 48 hours, they managed to blow me away just as much. Their sound is ponderous, and even playing on the smaller second stage PA, Gnarly Davidson managed to fill the Granada with their sound as thoroughly as they had annihilated the Replay on Friday. 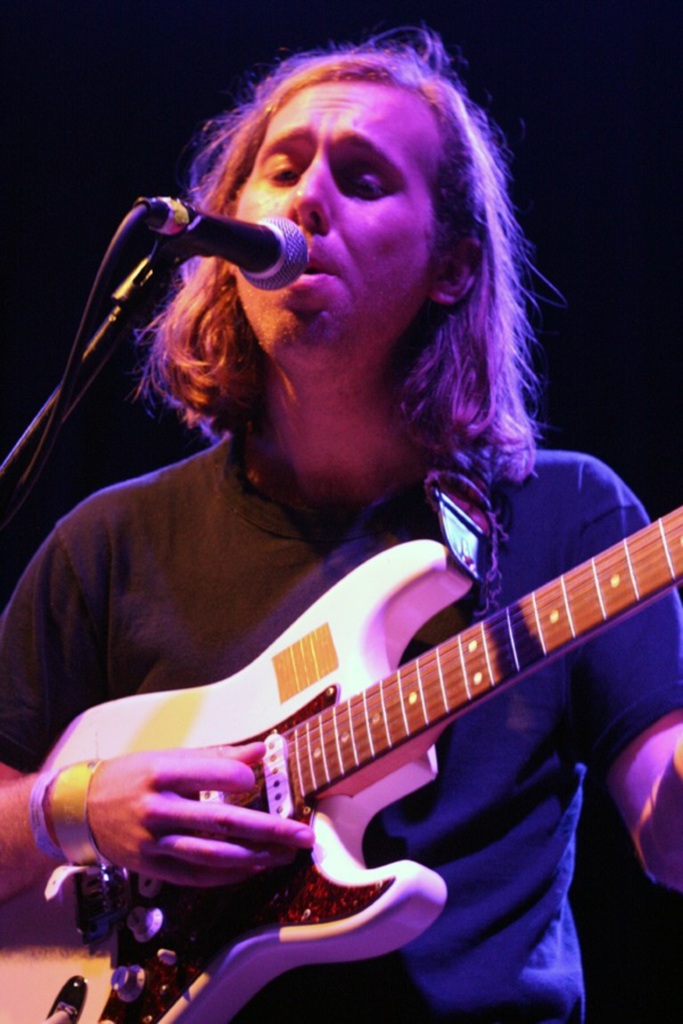 Boston’s Quilt was swirling psychedelia. It was pretty, but ultimately unremarkable music. They were enjoyable but didn’t grab my attention in a significant way. Their quietly storming indie rock entertained, and the harmonies were lovely, but ultimately the quartet didn’t entrance. 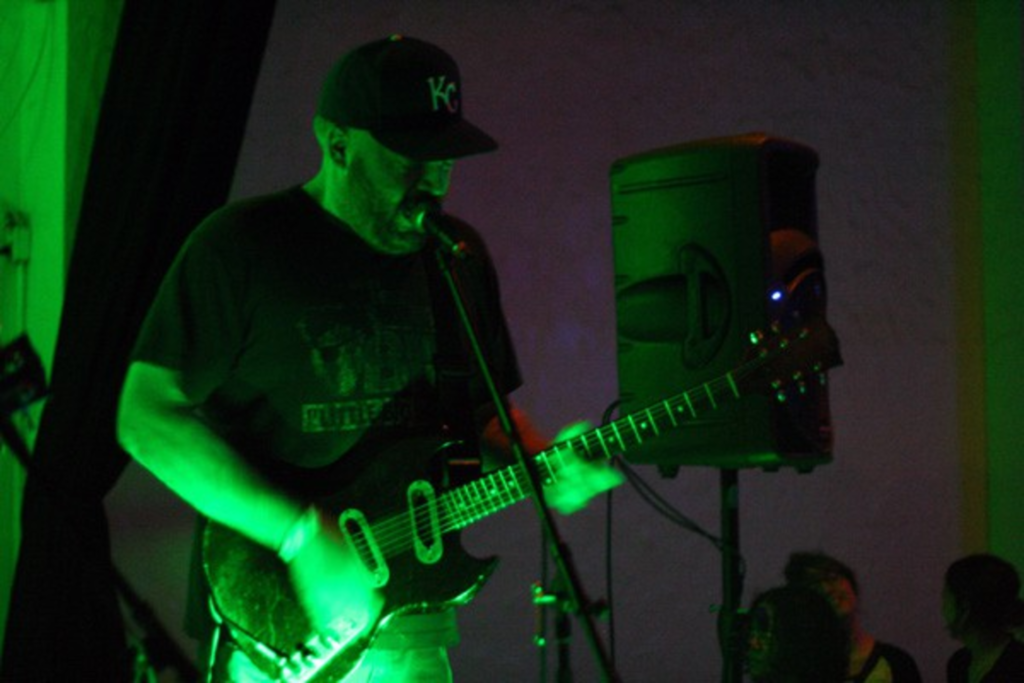 The crowd for Blood on the Wall’s dissonant garage was rabid. It seems that nearly as many folks were there for their long-awaited set as Woods’ headlining one. Brad Shanks has been a Lawrence staple for quite a few years now, but despite the scene goodness he’s provided with Replay Records and the Taco Zone, his musical endeavors have been greatly missed. Be it the Pixies-influenced noisy rock of Blood on the Wall or otherwise, this man needs to be onstage. 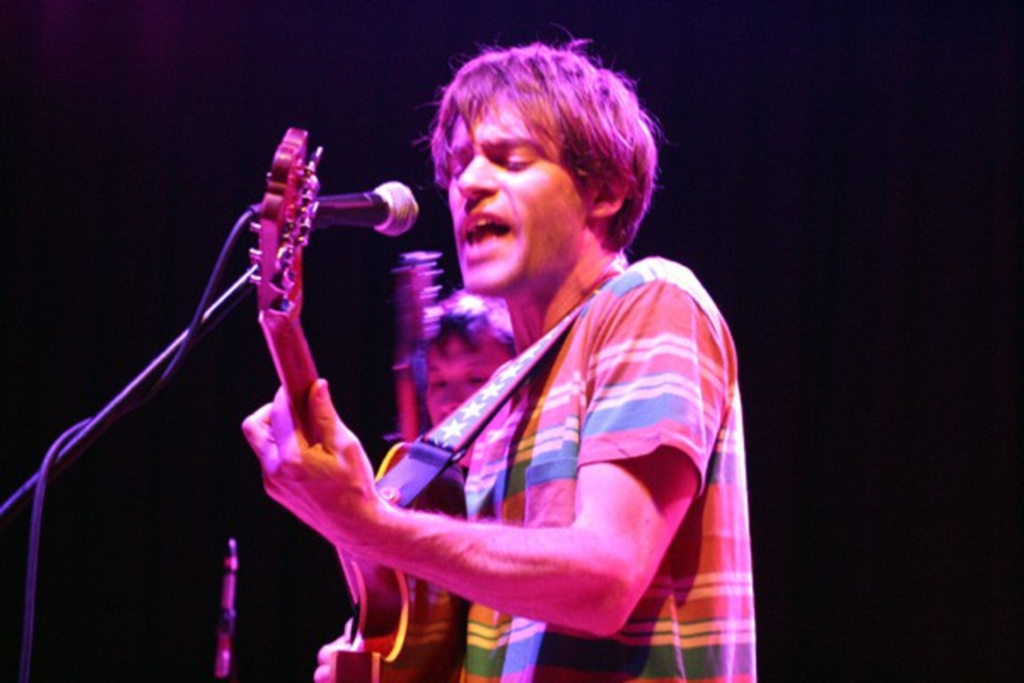 Woods’ set was nice but ultimately anticlimactic after the slew of local talent that proceeded it. Their psychedelic pop was pleasant enough, like a bombastic Paul Simon, but ultimately found wanting after the intensity of Psychic Heat’s rock, Your Friend’s soaring harmonics, and the rough-hewn jangle of Blood on the Wall. Woods jammed the hell out, and their groove was voluminous and tight, but it just couldn’t compare with that which came before. A shame, given that in any other setting, the band would’ve been a blistering, jammed out gem. Ah, well. It was still an excellent evening for the Lawrence music community, so central as it is to Love Garden Sounds. Here’s to next year’s birthday bash.