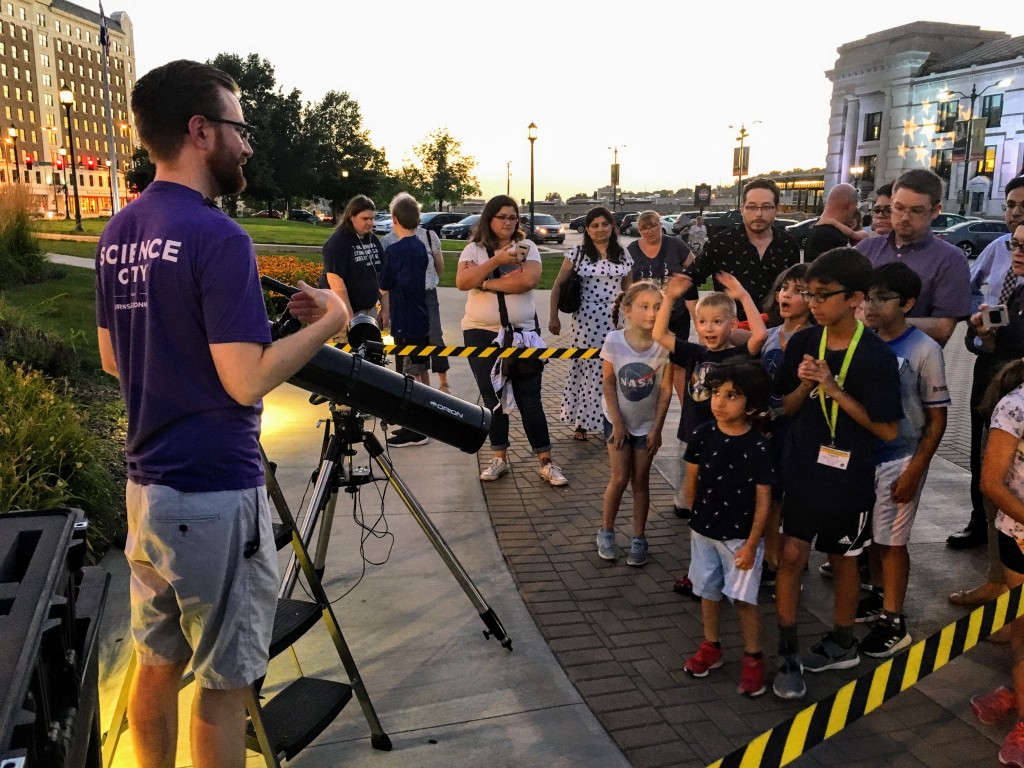 Union Station, in collaboration with the Arvin Gottlieb Planetarium, invites the public to join them for a telescope viewing event of the lunar phenomenon.

NASA defines a “blood moon” by its red hue, and the event only occurs during a total lunar eclipse. Due to the eerie red glow, the planetary alignment, between the moon and sun, draws even more attention in contrast to the background of a night sky.

The viewing will be hosted in the front parking lot of Union Station, near the historic Lamp Post Clock and Henry Wollman Bloch Fountain, Sunday evening.

Planetarium manager Patrick Hess urges those who are interested to attend the event. “We love doing things that get people excited, or the opportunity to do something different,” Hess says.

While being free of cost, guests will take turns sharing time at the telescope to look at the eclipse.

Eclipses occur in cycles and are fairly predictable for astrology aficionados. There are two lunar and two solar eclipses in a given year, making the event on Sunday the first of 2022.

The planetarium at Union Station will provide telescope equipment so attendees can take advantage of this opportunity to witness the blood moon in its prime. Although the evening’s current weather predictions call for clear skies, check the conditions before attending, in case unsightly clouds or other unpredictable Midwest nonsense impairs visibility conditions.

Any updates to the event can be found via Union Station or Arvin Gottlieb Planetarium’s social media. Before heading out, make sure to check their Facebook, Twitter, or Insta in case there is last minute adjustment to time or, dare we dread, possible cancellation.