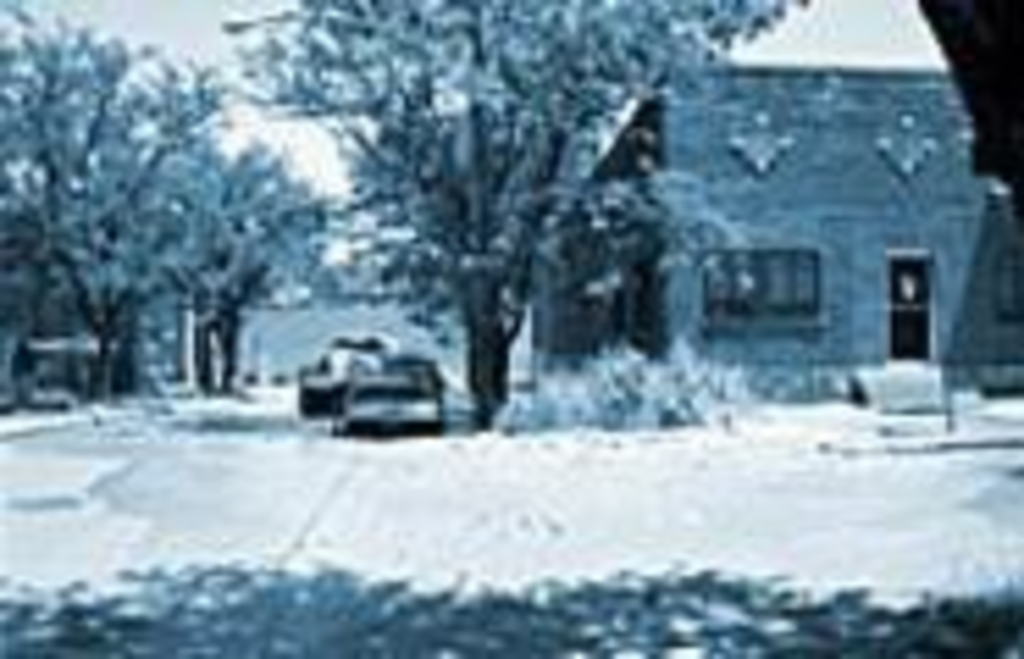 It took only a few minutes on June 29 for a rush of orange-brown mud that had gurgled up through a sidewalk at 26th and Madison to erupt into a geyser, showering the normally quiet street with concrete, mud, and rock. The plume inundated the front door of The Roasterie, a coffee roasting and distribution plant 30 feet away at 2601 Madison, sending employees running for their lives.

“The water and muck flowed out of the concrete,” says Roasterie owner Danny O’Neil. “We thought it was interesting, this big sheet of watery mud. We walked outside to take a look. But one of our guys came out and told us he heard rumbling inside the building. It was like something out of a horror movie, like the beast tunneling around in the ground. Then concrete blasted up over the building.”

Breaks like the one at The Roasterie have been increasingly common throughout the metro area since December 1999, when telecommunications companies began racing to rewire the city with fiber-optic and cable-television services. Area stalwarts, such as Southwestern Bell Telephone, Time Warner Cable, and Sprint, repair older cables and install new ones all the time. But a host of new players — Qwest, Everest, Digital Access, Axon Communications, McLeod, Adelphia, MFN, and TCG — are now digging as well. Some of the companies want only to compete in a growing fiber-optic telecommunications market; others lay entire communications bundles that include wiring for telephone, Internet, and cable TV services.

The companies frequently contract with private drilling operations that use rigs that look like rocket launchers, called directional borers, which allow them to escape the costs of building open trenches. But with directional borers, excavators can’t see exactly where the underground utilities are. And so far, no one has been able to estimate the city’s cost in cracked water mains, sewer damage, broken gas service lines and mains, disrupted traffic signals, and repairs.

Even slight damage can cause big problems. Missouri Gas Energy (MGE), for example, reports that small nicks in gas lines can let gas seep through the ground into houses and businesses. Already this summer, MGE reports that crews using directional borers have hit 60 gas mains and service lines, as many as half demanding evacuation of businesses and residences. But the real danger, company officials say, are gas lines that have been hit but that no one knows about.

The new telecom push affects all metro municipalities, but none suffers with water- and sewer-line breaks as much as Kansas City, Missouri — the city with the oldest and most dense underground infrastructure.

The break outside The Roasterie was caused by a Mustang Drilling crew hired by Axon Communications. The workers, who were using a directional borer to lay fiber-optic cable, twice punctured a 12-inch water main on 26th between Summit and Madison.

After the Kansas City, Missouri, Water Services crew arrived to repair the breaks, Mustang continued to use the borer to lay a bundle of two-inch plastic conduits, says Water Services Supervisor Shawn Garcia. After hitting the main twice, the drilling crew proceeded to bore through an elbow on the main. Water dislodged a concrete reinforcement block on the elbow, leading to the June 29 geyser over The Roasterie’s roof.

Garcia’s crew used heavy equipment to dig an ever-growing hole around the broken main, working for four weeks to try to fix the problem. Finally, on July 29, another explosion ripped the replacement collar and elbow off the main. Garcia and a workmate were down in the hole when it blew.

“I saw the ground swell up in front of me,” he says. “Then the thing went. I looked for the top of the hole and saw nothing but black. I was up to my chest in mud and water. I don’t know how I did it, but the next thing I knew I was standing covered with mud outside on the sidewalk.”

At that point, Garcia says, the repair was beyond his department’s resources. The city called in a private contractor to finish the job, which took another 10 days.

Water Services Assistant Director Ron Goold says that one or two water mains usually break every day in extreme weather. With the new telecom companies’ using directional boring, that number has essentially doubled. “This is a big deal,” he says. “I have water crews stretched thin as it is. We can’t really afford to hire more crews permanently. So we try to fix all of them and get back to the unrepaired streets and sidewalks later. The result is that we have to contract out more of our work, and the damages that may not become clear for months or years increases.”

Future costs may run into tens of millions. Water Services crews repairing water mains have discovered that directional borers have hit or nicked many water conduits. “Every one of those nicks is a weakness that will come due sometime in the future,” says Goold. And when water mains break, the shifts and fluctuations in pressure cause weaknesses up and down the main — though the damage may not be apparent for years. Then, trenching around a water main to pinpoint the problem involves the much higher costs of heavy equipment and many more labor hours.

Excavators such as Mustang Drilling, Diamond Excavating, The Wylie, and Schatz Underground Cable, who do much of the telecom digging, have insurance and post bonds when they take out the city’s $35 excavation permit, and the companies usually pay for damage to public infrastructure.

But so far, city officials haven’t begun to assess the damages from directional-boring accidents. Kansas City’s Water Services and Public Works departments have not kept a tally of such accidents or of the city’s expenses related to those damages.

Although the main at 26th and Madison has been repaired since August 10, no one at city hall knows the cost. The city’s legal department is supposed to bill excavators for damages to city infrastructure; while Goold says hundreds of directional-boring accidents have occurred this year, Legal Department Head of Claims attorney George Sharp says his office has seen work orders from fewer than six. He has not seen any documentation of the 26th and Madison break, except for a bill to the city for damage to a car parked near the break. Neither Goold nor Water Services Director Frank Pogge knew where the work orders were or whether the legal department had acted on them.

“We submit our costs to the Legal Department,” Public Works Director Ed Wolf says. “I don’t know what happens, but I am trustful that the department will do what they can to recover the costs.”

Irritated by repeated excavations in front of City Hall, on August 16 City Councilman Evert Asjes asked City Manager Bob Collins to investigate how much new excavation efforts, including directional boring, cost the city and affect city services and streets (neither Asjes nor Collins had returned calls for this story by press time).

Wolf says the high taxpayer cost of directional borers “is a trade-off we are faced with daily anymore. Everyone wants increased speed for their telecommunications, and that’s what fiber-optics companies want to deliver. But hidden costs concern all of us in public works and water departments. We do know putting patches on patches at street crossings and repairs under streets, and particularly with the streets we have just built or resurfaced, cost a bundle and will cost more. The repaired areas are never as good as new.”