Logic showcased just that at the Granada last night 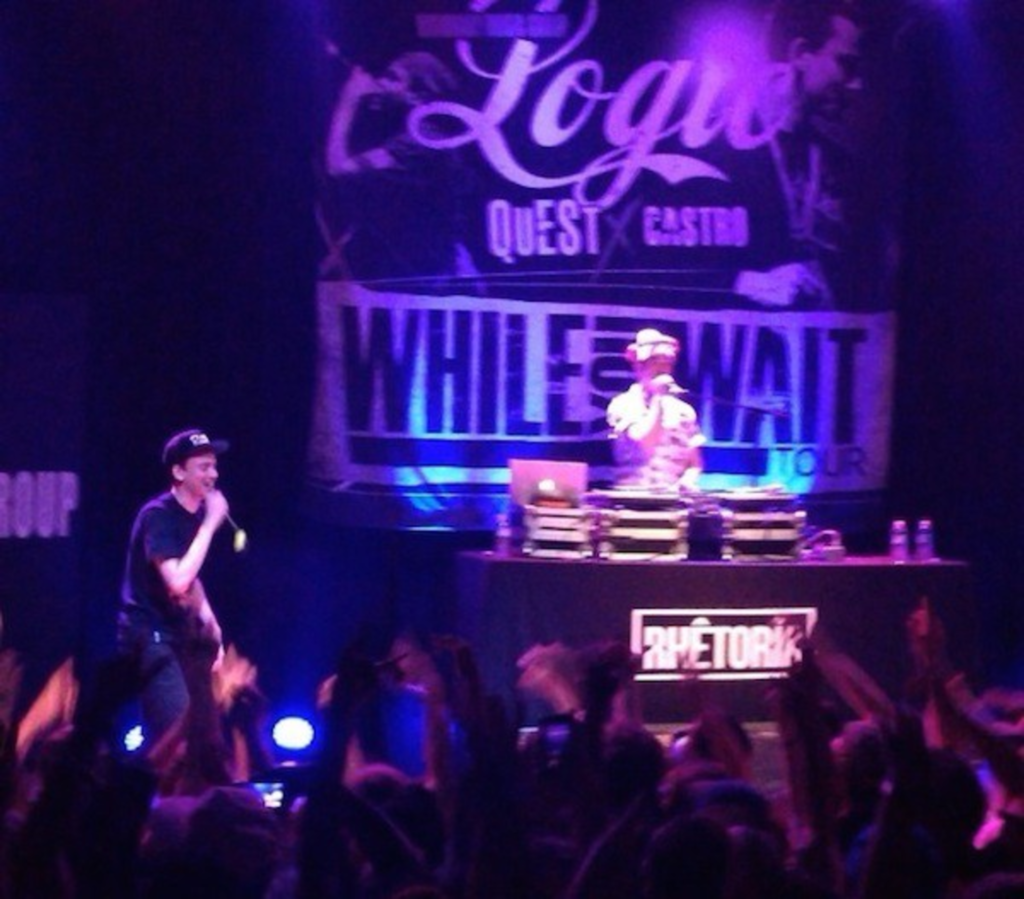 No one could tell that Logic was rallying to combat fatigue and illness to perform his set at the Granada last night. The twenty-four year old rapper from Gaithersburg, Maryland spat fire to a packed crowd of fans who were palpably excited to see him. And who wouldn’t be, after understanding the background he came from?

The mixed race son of a crack-addicted mother and an absent father, Logic never finished high school. As he discusses in his song “Mixed Feelings,” being biracial, but resembling his white mother more than his black father, made his childhood a battleground for underlying prejudices: Papa was a black man, Mama was a racist/growing up she called me nigga, kids called me cracker/while the whites got whiter, and the blacks got blacker. He didn’t perform that song last night, but later, in “Dead Presidents III,” he spoke to his childhood of Section 8 housing, food stamps, and being surrounded by drugs and gun violence:Surrounded by narcotics and crime but you know I shine/Daddy was smoking crack I was raised by a single mom/Fastin every night I ain’t talking bout no Ramadan.

Logic witnessed the cycle of poverty, drugs, and violence and vowed at a young age to break it. Lines like mental state of a winner in the shoes of a beginner/visualizing my horizon through the eyes of a sinner in “Just Another Day (In My Mind)” betray his drive. It was that same drive that kept him energized on stage to future radio hits like “Ballin” and “On the Low.”

Logic also defies the trappings of his genre in a rather remarkable way. In seeking to emulate Frank Sinatra by bringing a debonair grace to hip hop, Logic calls himself “Young Sinatra.” His female fans are BobbySoxers; he refrains from ever calling a woman “bitch” or “hoe” in his verses. His stage presence was more triumphant than polite, but doubtlessly after watching both of his sisters and his mother abused by men, Logic likely has little interest in following their example.

The true artistry of Logic’s trade came out in his freestyle. It’s hard to know if the rowdy crowd was truly appreciative of his verses, but audience members hushed and listened with rapt attention as Logic once more became the 15-year-old boy with two older brothers in the streets. His freestyle segment came out to wax poetically about the philosophical point-of-view from the streets. Logic talks openly about the time his brothers sold crack to his father in interviews, and on stage last night, he crafted an equally bleak scene of life in Maryland from the perspective of his two brothers. In verses reminiscent of the artistry of Eminem, Logic visualized for listeners visceral scenes of the daily struggles of a rough life.

He might not have been feeling a hundred percent when he started the night, but by the time he ended it, Logic seemed to be on the mend. He’d pushed through his fatigue to perform a phenomenal set, Logic made his exit. His crowd of supporters drank in his rawness and talent and were thirsty for more – sadly, no encore was to come, and the crowd slowly dissipated.