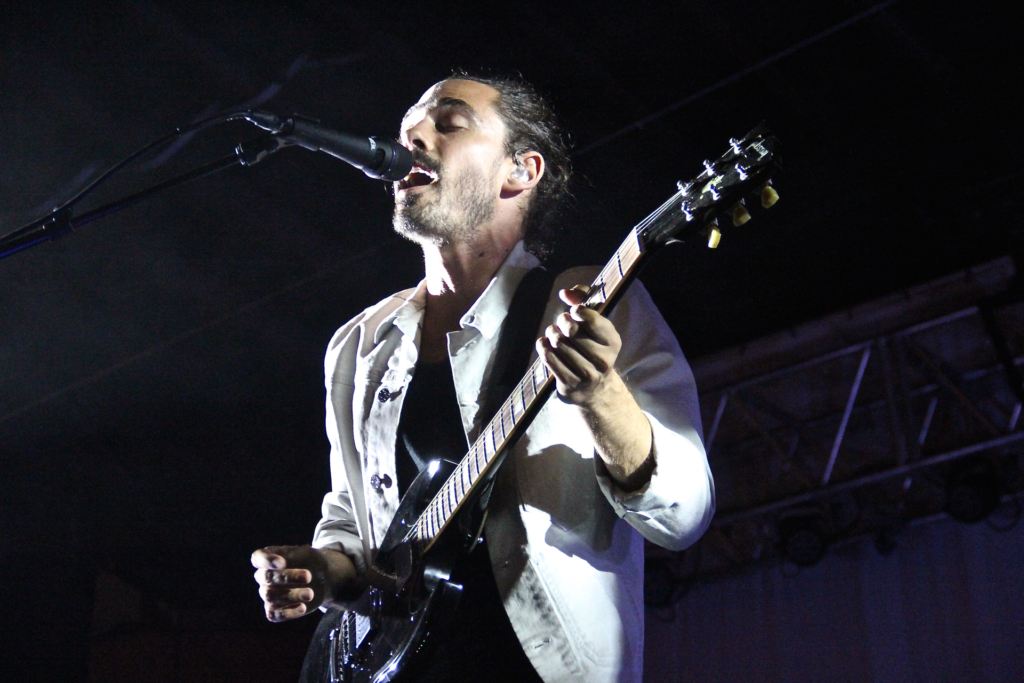 Rain had threatened to unsettle the second-ever Local Natives show in the Kansas City area (the first was in Lawrence a little more than two years ago). Yet thankfully for the 500 or so fans who came out to the Crossroads last night, the weather held through the band’s 80-minute set, which blended music from each of Local Natives’ three albums. The temperature hovered around 80 degrees, with a breeze flowing through the venue. It felt like the end of summer. 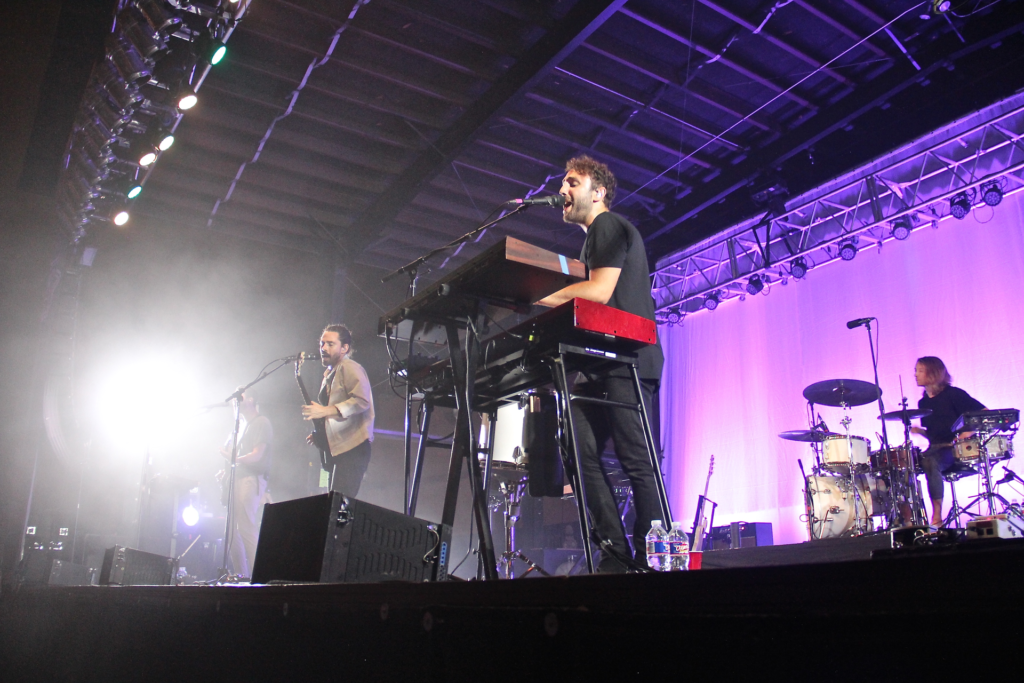 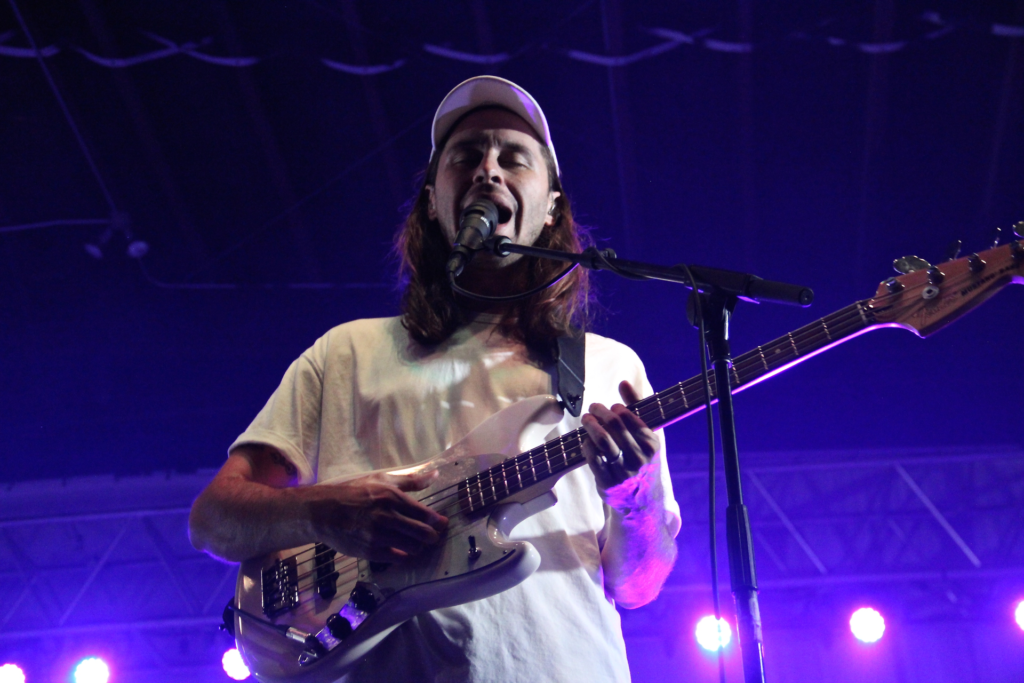 Following a sweet set from the dusky-voiced opener, Charlotte-Day Wilson, Local Natives arrived promptly on stage at 9 p.m., opening strong with “Past Lives,” one of the best and boldest tracks from the new Sunlit Youth. Next came “Wide Eyes,” off Gorilla Manor — the strongest song in their catalog. Both songs demonstrated the band’s greatest strengths: an ease with clever time signatures, intricate vocal harmonies and genuinely thoughtful lyrics. During the breakdown in “Wide Eyes,” to great effect, the band’s bass line slows to a crawl as the band sings in harmony: All the men of faith and men of science have their questions/Could it ever be on Earth as it is in heaven? It may not be a new move for the band, but it remains an arresting one.

Backed only by a white curtain to reflect stage lights, Local Natives doesn’t employ a fancy stage setup. The band members similarly are outfitted simply — each item of clothing being a plain and monochromatic black, white or gray. The band situates itself in a row of four at the front of the stage, with the drummer, Matt Frazier, literally backing them. They thus lay themselves bare, inviting you to just take them as they are. The audience, many of whom sang along through the night, was happy to oblige. 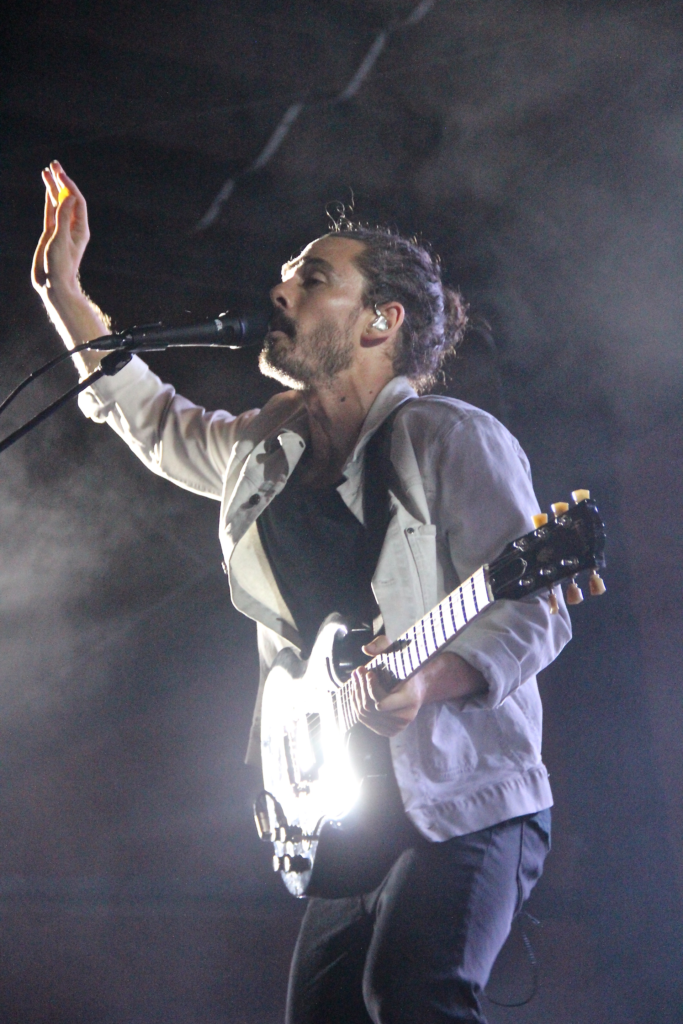 The band didn’t speak much to the crowd, beyond an occasional “How you doing tonight?” or “Are you still with us?” One exception was when guitarist and singer Taylor Rice thanked the audience at relative length for its support, adding that $1 from the sale of each ticket would be donated to fight gender-based violence, through the local office of a national anti-violence charity (he did not specify which). The band fittingly followed that sentiment with “Masters,” singing: Are you afraid to call yourself a feminist?/All the losers complaining, “I don’t have time for this.”

Highlights included “Columbia,” itself a great display of the vocal and emotional range of singer and multi-instrumentalist Kelcey Ayer, a rousing performance of “Breakers,” and the band’s barn-burning closer, “Sun Hands,” a song extended from its parent recording into the loudest, most guitar-heavy version of itself. While the band’s newer dance tracks are fun (and are better realized live than on disc), it’s the loud, bombastic version of the band that’s most effective — and most fun. 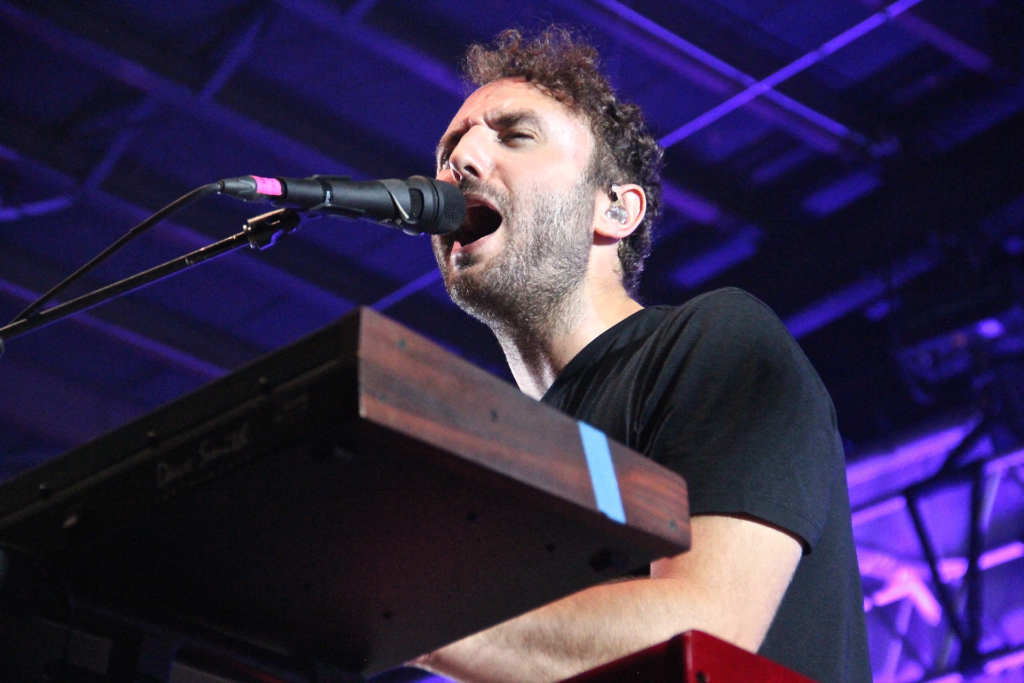 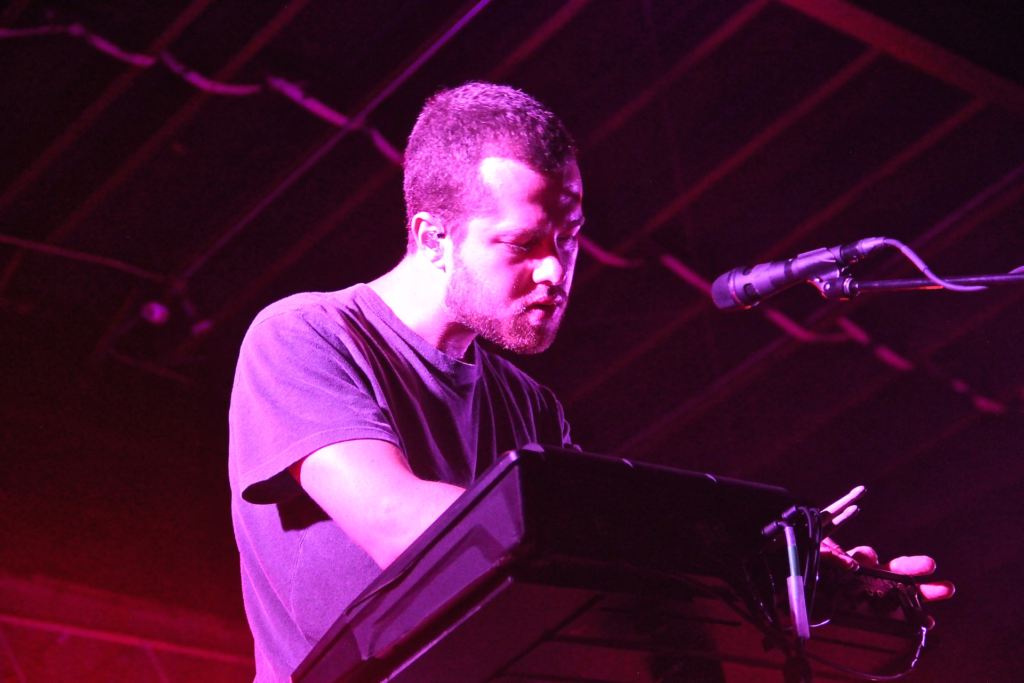 As Local Natives has progressed into its career, its music has lost some of its ability to surprise, yet its talent remains as apparent as ever. Last night’s show in the Crossroads was satisfying and, at certain moments, even beautiful.

Who Knows, Who Cares